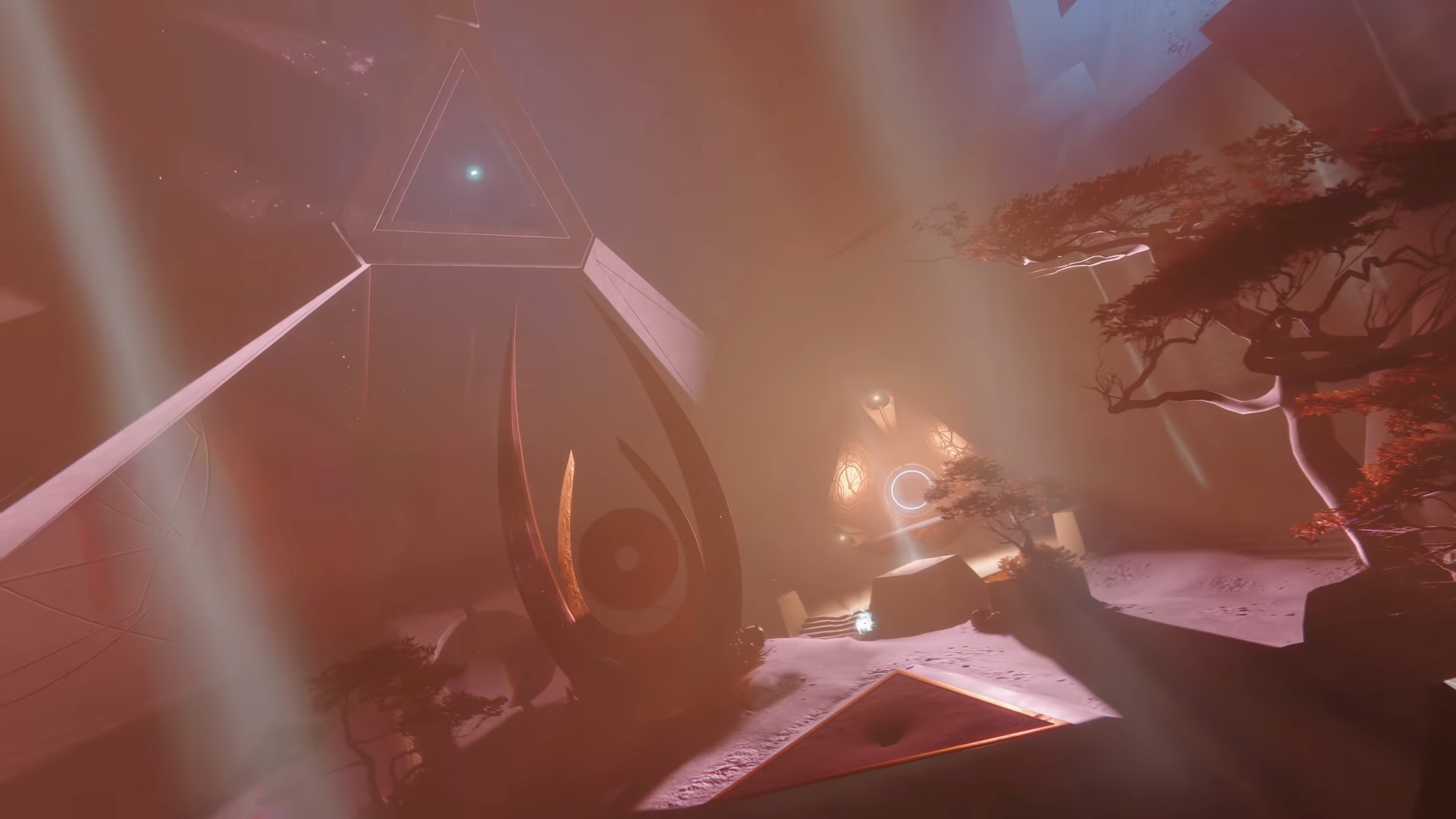 The Prophecy Dungeon is now out in Destiny 2 for a limited time. If you haven’t already, make sure to grind up to recommended light level 1040, and read Part 1 of this guide to make it to this point.

You’ve put in a lot of hard work to get here, now all that’s left to do is finish the job. Getting right into the action, after you have collected the rewards from the chest at the end of the second encounter, continue through the narrow passageway.

This will bring you back to the massive area of before, which previously hosted the Taken Blights. This time instead, you will immediately notice a massive Taken Fallen captain. Shooting this shadowy figure will result in him disappearing and then reappearing some distance away. This is your cue to follow.

Repeat this process and follow him to the end of the area, which will lead your team to another massive doorway. This will lead to one of the most unique areas ever seen in Destiny 2. This is kind of a platforming puzzle, but one that has never been seen before.

Essentially, players have two options to traverse and continue forward, either following the large ribbon-like strands on your sparrow or by taking the slower path down using the larger platforms. Either way, you can mostly ignore the ads and just continue towards the end of the area. Once you reach the end, you will be sucked up and taken to the final boss fight.

This final boss fight relies on the same mechanics as the rest of the dungeon and also changes the room orientation similar to the second encounter. Once the encounter is triggered, that Taken Fallen captain from before will appear in triplicate, each in one corner of the triangular room.

Fireteams should make it their goal to take down one of these copies at a time, keeping in mind that the boss will be immune until the pillar nearest to his location is dismantled. Whether these pillars are Dark or Light is random, just make sure to fill it with the corresponding type of mote.

Once this is complete for a certain side, one of the Taken captain copies will despawn and be replaced by a damageable Ogre. Once this Ogre is killed, this exact same process can be repeated in the other two corners of the room.

After this, players can head towards the purple-hued glowing light in the center of the room and are teleported to the damage phase of this boss. The Taken Fallen captain is now damageable, and a chase begins. Players should hop from pillar to pillar in pursuit of the boss while putting out as much damage as possible.

One more thing to note is to keep an eye on your Dark Entropy level denoted on the side of the screen. The further away from the boss, the higher this value rises. If you reach Dark Entropy x10, your guardian will die. As such, this encounter is a balancing act of staying close enough to the boss to keep this number low, and avoiding his attacks.

Since there is so much to focus on during this fight, weapons that do damage over time such as Anarchy or the new exotic grenade launcher included in the season pass are invaluable. Any weapon with high DPS that can be aimed on the go will be preferred this fight over the traditional stationary single target weapons.

After this, players can enter the purple beam and be teleported back to the previous room. This is where the orientation shift will come in to play, but the goal is the exact same as before. Fill the pillars, kill the Ogre, and clear out all three sides to initiate a new damage phase. This process can be rinsed and repeated until the boss is finally dead.

Following the death of the boss, you will be teleported to the original Trials of the Nine room and can claim your hard-fought pinnacle reward. Enjoy the gear, as you’ve certainly earned it. This dungeon is one of the most unique and inventive that Bungie has come out with so far, so make sure to take part while it lasts.