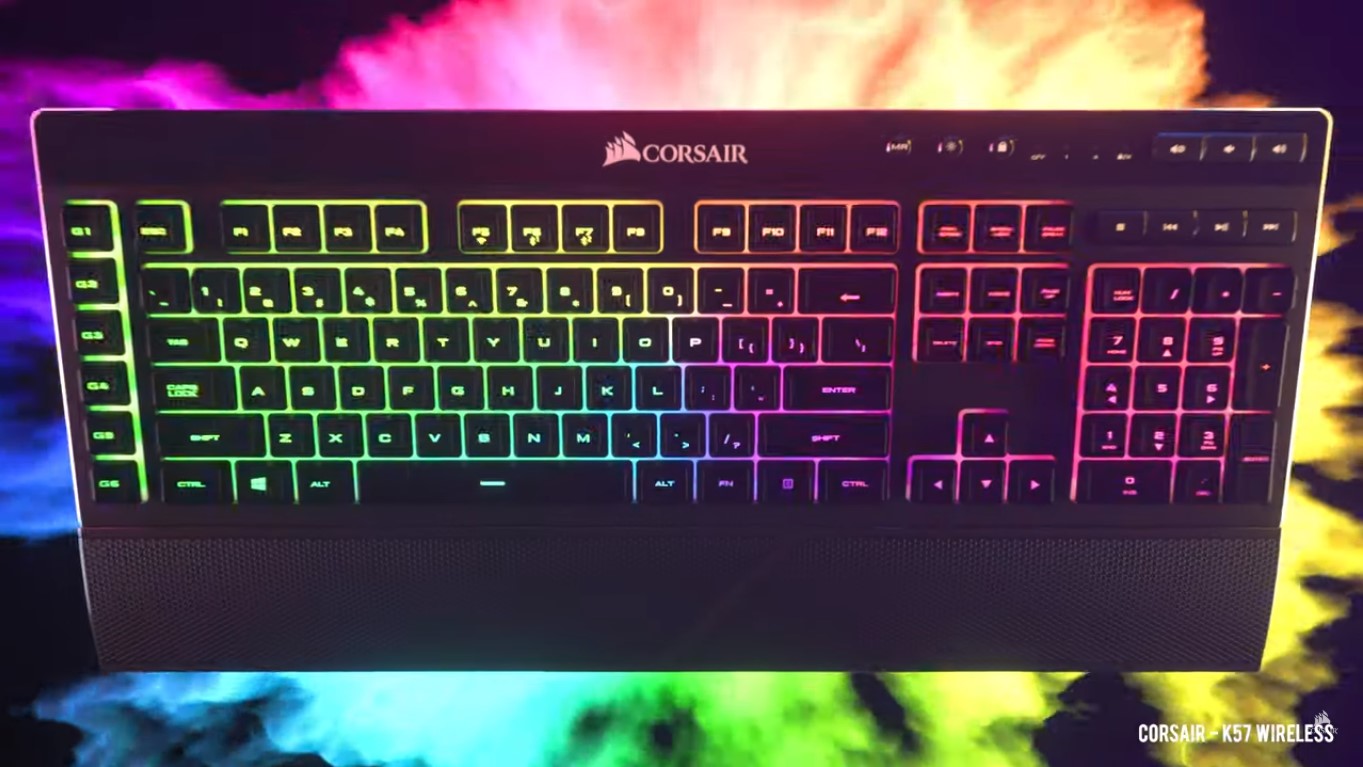 American hardware and peripheral manufacturer, Corsair, is making headlines again with the release of the new K57 RGB Gaming Keyboard. The new gaming mech not only sport the latest RGB lighting, but it is also lauding higher levels of brightness that what is typically encased in such a gaming accessory.

The keyboard is twice brighter the what conventional LEDs has to offer.

Corsair is tapping the powers of the Capellix LEDs, the one it used for the design and development of the Dominator Platinum RGB DRAM Memory Kit. The lighting system offers the same lighting power outfitting them to the new K57 gaming keyboards. The brightness is noticeable though, as the gaming mech shines 60% brighter than conventional LEDs. Corsair also boasts a 60% power efficiency combined with its new LED system.

As such, the new wireless keyboard is the first type of gaming mech to use this particular type of LED. The system uses wireless technology with longer-lasting battery life despite the illumine brightness of the Capellix LED. Corsair says that the keyboard has a battery life that lasts for as much as 35 hours in a single charge when the RGB lighting is turned on.

It has a battery life of 175 hours with the LEDs turned off. The gaming mech also has the same level of battery life when connected via the Corsair Slipstream 2.4GHz wireless technology.

Gamers who are a bit critical about the tech side of the keyboard might want to consider that it offers only a sub-1ms latency for its wireless capabilities. The keyboard connects via Bluetooth spawning a battery life of up to 40 hours when the RGB lighting is on and a maximum hour of 200 when the light is turned off.

Amongst the notable features of the new Corsair K57 RGB Wireless Keyboard is its dedicated media control with six sets of gaming keys and an option key to having the keyboards USB connected. With all the exciting features, the new Corsair K57 gaming keyboard will be ideal for those who are looking to have a better gaming experience with its brighter RGB lighting system.

The gaming industry has been upping every bits and piece of its accessories and gaming rigs lately. This new entry from Corsair will definitely be worth checking in addition to the latest RGB-enabled hardware systems. The new Corsair K57 Wireless Keyboard sells for $99.99 direct from the Corsair website.

Nov 13, 2020 Kenny Kimberly 5070
2020 has seen a massive number of tech releases, and fans are always vying to see which is best. Recently, the European Hardware Community Awards...

May 9, 2020 Emmanuel Giovanni 15690
Let’s get some proper briefing on the newly updated Corsair Void RGB Elite Wireless meant for PC and PlayStation owners. To make this a thorough... Oct 19, 2019 Kaden Redhead 3660
With the Black Friday deals looming just around the corner, many techs and gaming products are being pulled out from the market with value prices....