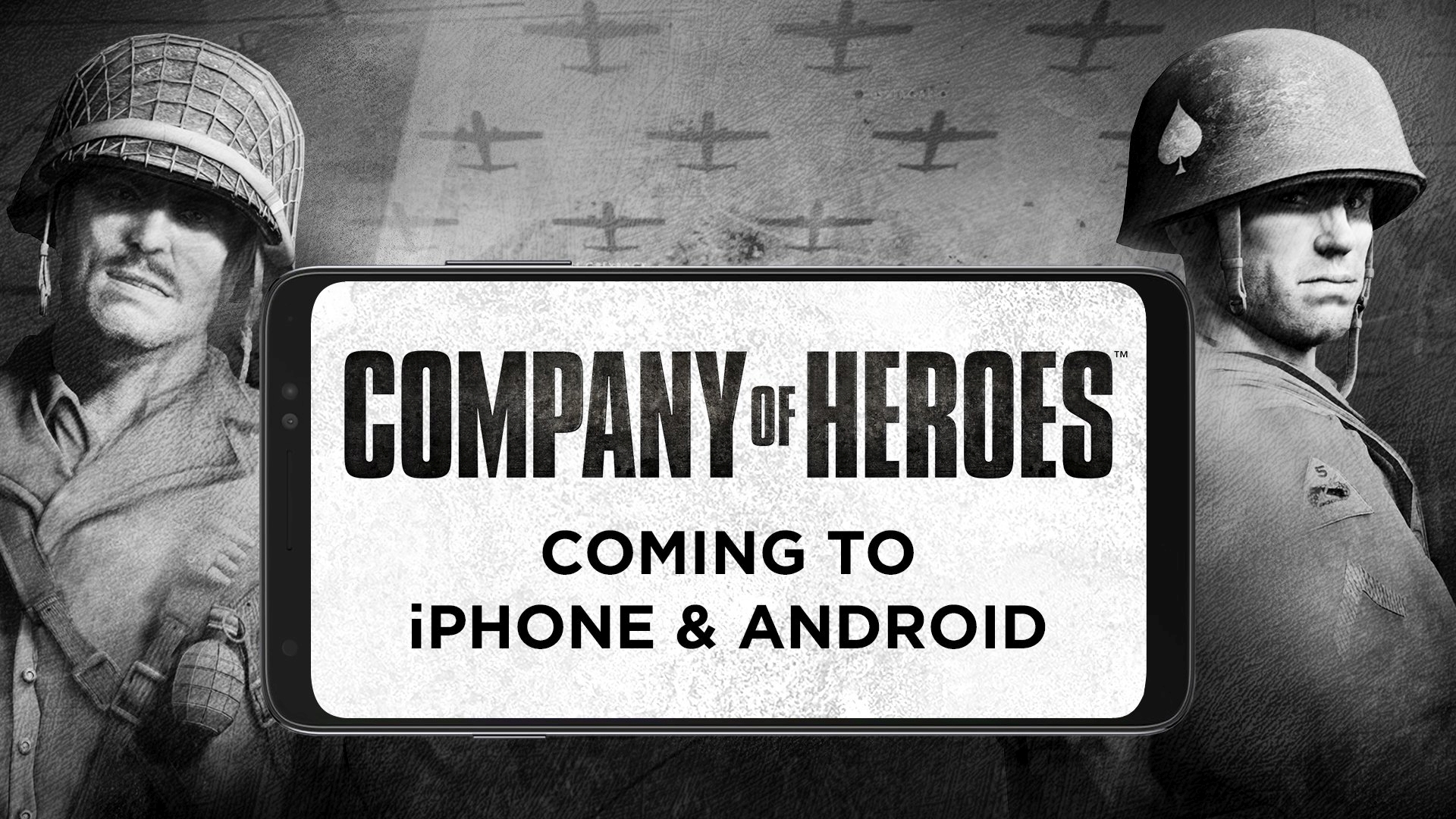 Feral Interactive recently released the tablet version of Company of Heroes on iPads in mid-February. When asked on social media, the company stated they planned to release it on smartphones in the future, but didn’t have a set release timeframe.

Feral Interactive has recently announced that Company of Heroes will be released on iPhones and Android devices later this year.

“Company of Heroes is the critically acclaimed and enduringly popular World War II game that redefined real-time strategy with a compelling combination of fast-moving campaigns, dynamic combat environments, and advanced squad-based tactics. Command two crack companies of American soldiers and direct an intense campaign in the European Theater of Operations starting with the D-Day Invasion of Normandy.” states the App Store description for the game.

The game has been redesigned for mobile but is the same classic desktop game players enjoyed when it launched in 2006. Players can also download other missions and skirmish maps at no additional cost.

The iPad version of the game “features an intuitive user interface for rapid execution of advanced real-time tactics in the heat of battle.” iPhone and Android users should expect the same UI improvements on smaller devices.

Fortunately for those who have purchased Company of Heroes on iPad will receive the iPhone version at no additional cost. Players can prepare for the smartphone version of the game by purchasing it now.

Company of Heroes was originally developed by Relic Entertainment and published by THQ. Feral Interactive handled the development of the iPad port along with publishing.

Feral Interactive has continued to update Company of Heroes on iPad since its initial launch. The last update contained stability in low-memory conditions, fixing a bug that could corrupt auto-saves and other minor issues.

Company of Heroes on the iPad does come at a cost. Once players purchase it, they won’t have to worry about ads or other distractions to take them away from the gameplay. It’s unknown if players will see an additional discount when the Android and iPhone version is released.

Unfortunately, the release window for Company of Heroes on iPhone and Android isn’t yet known. The publisher only announced it should be out later this year.

The iPad edition of Company of Heroes is available now.