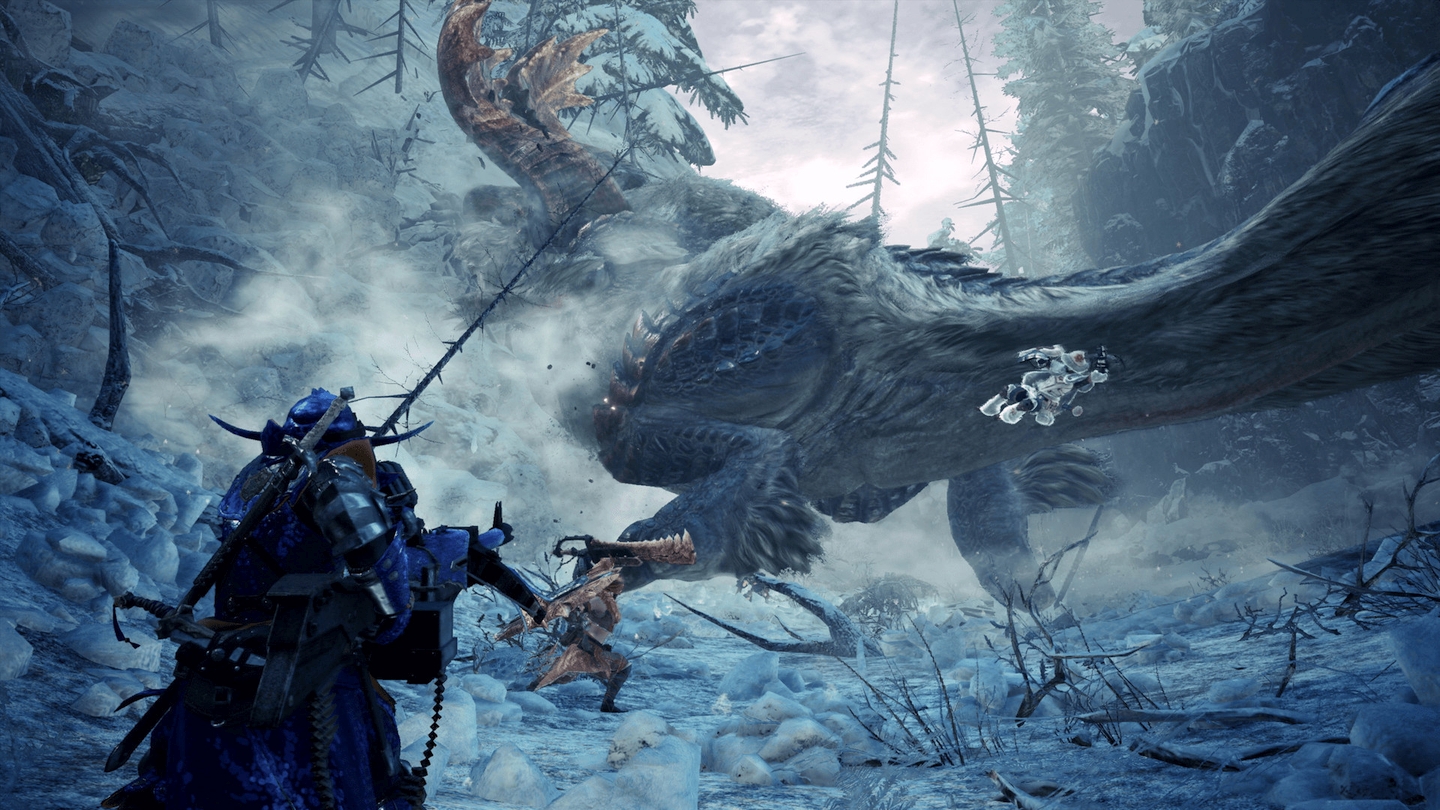 Capcom has released a sparse bit of information for their upcoming title update 3. The new patch to Monster Hunter World will bring a good bit of new content, including a new variant monster and some new event quests.

Title Update 3 will release on Thursday, April 9th and include a good number of new features and bug fixes. Players should expect all of the bug fixes up to console version 13.01/13.0.0.1 to be applied.

Of course, there’s more than just a few bug fixes coming to Capcom’s title. Players can expect the Furious Rajang monster to be added to the game to help fuel the hunt.

With the Furious Rajang being added, there’s going to be new hunter equipment to make from the trophies you claim during the hunt. You’ll also be able to make a set of armor and weaponry for your Palico to wear into battle along with you.

Along with the Furious Rajang comes the Raging Brachydios, in case you were worried there wouldn’t be enough anger among your targets. Naturally, you’ll also be able to make new Raging Brachydios hunter equipment, and your Palico will have some new gear to make from your trophies as well.

As you can imagine, that means that you’ll also need to have the Iceborne DLC installed to be able to hunt these two monsters. Unfortunately, you won’t be able to access them unless you’ve both purchased and finished the DLC. The good news is that the Iceborne DLC is great and very, very worth the price tag.

Other than new monsters and gear, there’s also a Spring festival coming to Capcom’s franchise. The Astera Spring Blossom Fest will be taking place along with the Seliana Full Bloom Fest. You can expect to see these active for almost an entire month, beginning on April 10th and then going on all the way until May 7th.

These festivals will be held in the Gathering Hub where you’ll be able to enjoy special seasonal platters and unique quests to claim some exclusive rewards. The Handler will have some special outfits as well as a few other goodies to claim.

Whether you’re more excited to down the Furious Rajang or if you’re hoping to grab some exclusive treats for the Spring Festivals, Monster Hunter World is getting a huge update for you to enjoy.