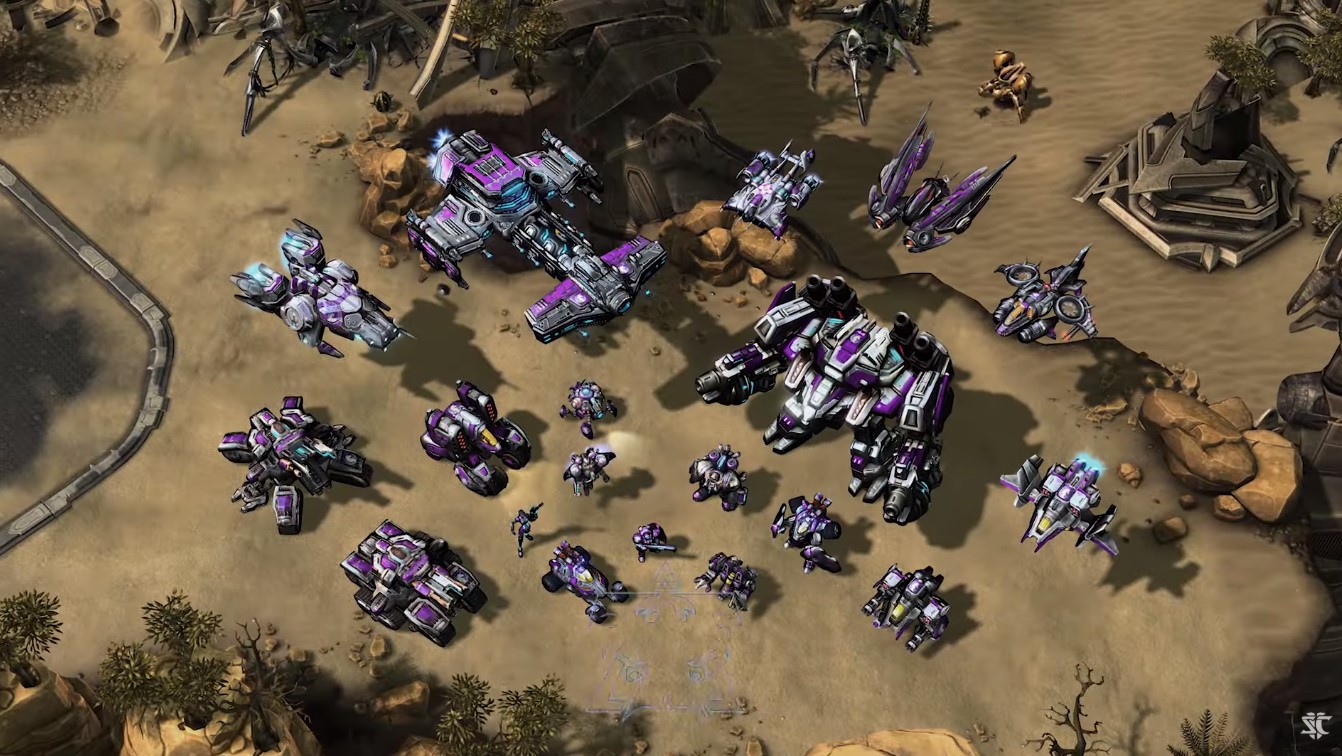 After slightly over a full decade where Blizzard has continued to craft new mechanics and game modes, the studio has announced yesterday that Starcraft 2 is officially going into maintenance mode.

The title originally released on July 27, 2010, and since then has seen multiple milestones that have kept the Terran, Zerg, and Protoss all eagerly murdering each other across bizarre arcade game modes, a cooperative campaign with multiple commanders that brought new styles of play, a heavily contested ladder, and even the arrival of Starcraft 2 going free to play to help support a flagging player base.

While new mechanics and game modes will not be coming out anymore, Blizzard isn’t going to let it fester into obscurity: they’ll ensure that the competitive and core communities both are cared for with balance fixes and season rolls.

They further state that they will continue to support their esport leagues via ESL and GSL for the competitive aspect; if you get your fix by watching fierce macro/micro battles among the best Starcraft 2 players in existence, then your metaphorical drug of choice isn’t necessarily going anywhere unless players opt to migrate to a new RTS. The contract for GSL/ESL and Starcraft II esports is set to expire in two years; once that occurs, it will likely not be renewed.

📝 An update to the StarCraft Community:https://t.co/BdhCbXldkQ

Blizzard states in the blog post that this maneuver will allow the development team to ‘think about what’s next, not just with regard to Starcraft II, but for the starcraft universe as a whole’.

If you just felt a deep pang of concern somewhere in your gut, you aren’t alone: after the brilliant fiasco that was Warcraft III: Reforged, many are wondering if core development is even plausible anymore at the Blizzard studio to a degree that the once-legendary PC-centric studio made its name upon.

This could be the last major iteration of Starcraft that is widely accepted and played based on Blizzard’s current track-record, although it’s similarly possible that Blizzard has taken note of their recent projects leaving fans with a bit of a distaste in their mouths, and is actually taking steps currently hidden from the public to rectify the spiral.

Starcraft II isn’t going anywhere, anytime soon; the title will remain available to play on the Battle.net launcher for the time being, and Blizzard has not publically stated at this point that they are planning otherwise.

It may be relevant to note, however, that Warcraft III was removed from libraries in exchange for W3R with no warning, leaving thousands of users unable to play the classic title.

Perhaps it’s simply best to enjoy the time we have and worry less about what the future may bring.