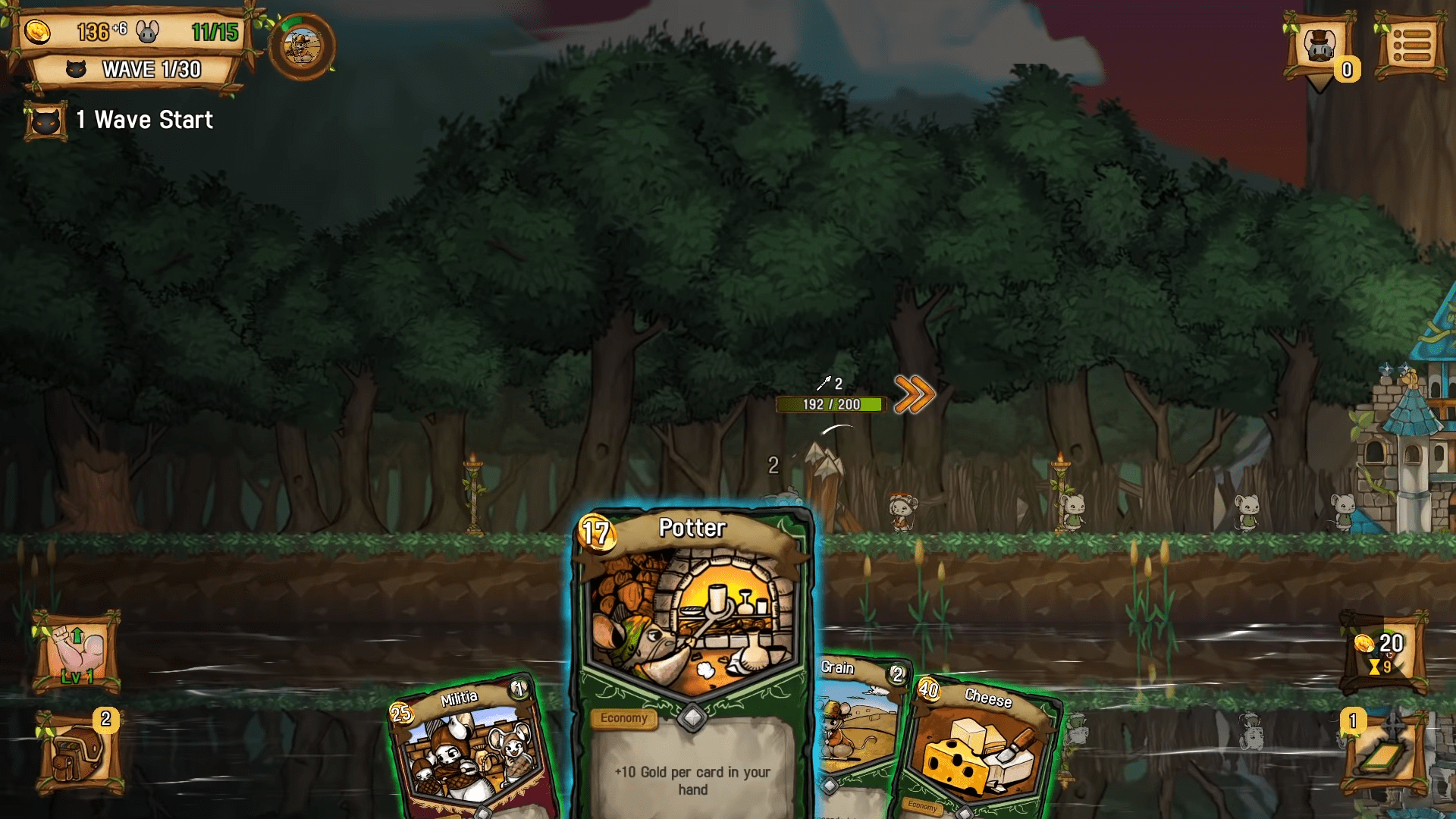 For those not in the know, Ratropolis is a recently launched indie game on Steam about trying to rebuild society, as rats.  Stirring up some Redwall nostalgia, players are tasked with managing their income and development while fighting off ever-increasing hordes that besiege the walls of your city.  With card-based actions, Ratropolis becomes a frantic struggle to play the right cards, in the right order, at the right time, as quickly as possible.

Beyond cards, prompts continue to show up, needing you to decide actions.  A cowardly soldier retreats and lets his squad perish to weasels; you can arrest him and hold a steadfast rule, increasing favor with your military.  Or you can use his knowledge of the enemy to your advantage, granting you an advisor while frustrating your troops.  Many such decisions arise, offering statistical changes to your clan while giving the player an opportunity to breathe, however shortly.

We proud to announce the release of Ratropolis.
thank you so much for all your support along the way. You have been extremely supportive and we hope you enjoy it!https://t.co/069ikktlUB#ratropolis #래트로폴리스 #indiegames #Steam #PCGaming

It’s this backdrop of intrigue, diplomacy, and cheese that contrasts surprisingly well with what becomes a rather frenetic card playing while also planning your city development as you inevitably succumb to seemingly endless waves of animals that are hellbent on destroying your fine cobbled-together huts and hastily-entrenched walls.

All of this, and the game has only just released in Early Access on November 1st.  The developer Cassel Games has made Ratropolis their prima facie on Steam, and aren’t too active on Steam discussions considering that they’re a small team of students from South Korean Sogang University.  Updates are written in noticeably iffy English, as is some in-game text, yet that does little to diminish the addictive gameplay readily found in this title. With multiple updates already in the books for the adorable title that take Steam discussions and opinions into account, they must be silently lurking somewhere relevant.  Their most recent patch concludes with the statement that they’re actively taking feedback into account to guide the future of gameplay, and that’s always a fantastic sign.

In the future, we will be reflecting user feedback, optimizing, localizing, balancing the game, and adding new leader [Shaman] and new cards to the game. Please give us your thoughts on fun ideas, balances, and possibly a bug report! We look forward to hearing from you.

The newest content update for Ratropolis includes even greater difficulty than found before, with the inclusion of a new Nightmare Mode, which is designed as end-game content for players that have already unlocked the majority, if not all, of the currently available cards.

Forewarned is forearmed, however; Steam discussions decry the difficulty found in Nightmare Mode and are mostly wondering if they’re actually any good at all.  Even after unlocking almost all of the cards, many users report getting obliterated in late-game waves that seem impossible to surmount.  Granted, it’s Nightmare Mode, and it seems proper that it invades a bit of the relatively idyllic life found in Ratropolis.

Many advisors and card tweaks are also found in the patch (update 1.0.2101, for those who are counting), along with three new achievements for those city managers that somehow find victory in Nightmare Mode, however pyrrhic it may feel.

With the title already containing well over 120 cards for you to wisely play, patches readily found in droves, an adorable setting, and addictive gameplay, there’s little left to the imagination as to how this title is one of Steam’s top sellers right now.

Just try not to scream ‘Redwall!’ while you’re playing. 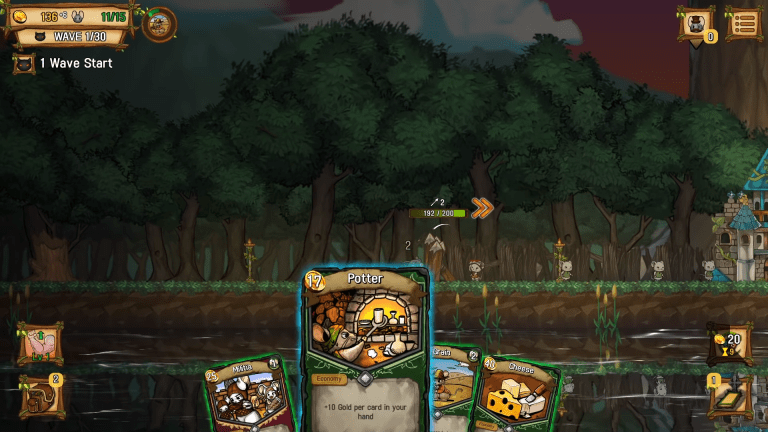 Nov 29, 2019 Chris Miller 18170
For those not in the know, Ratropolis is a recently launched indie game on Steam about trying to rebuild society, as rats.  Stirring up...