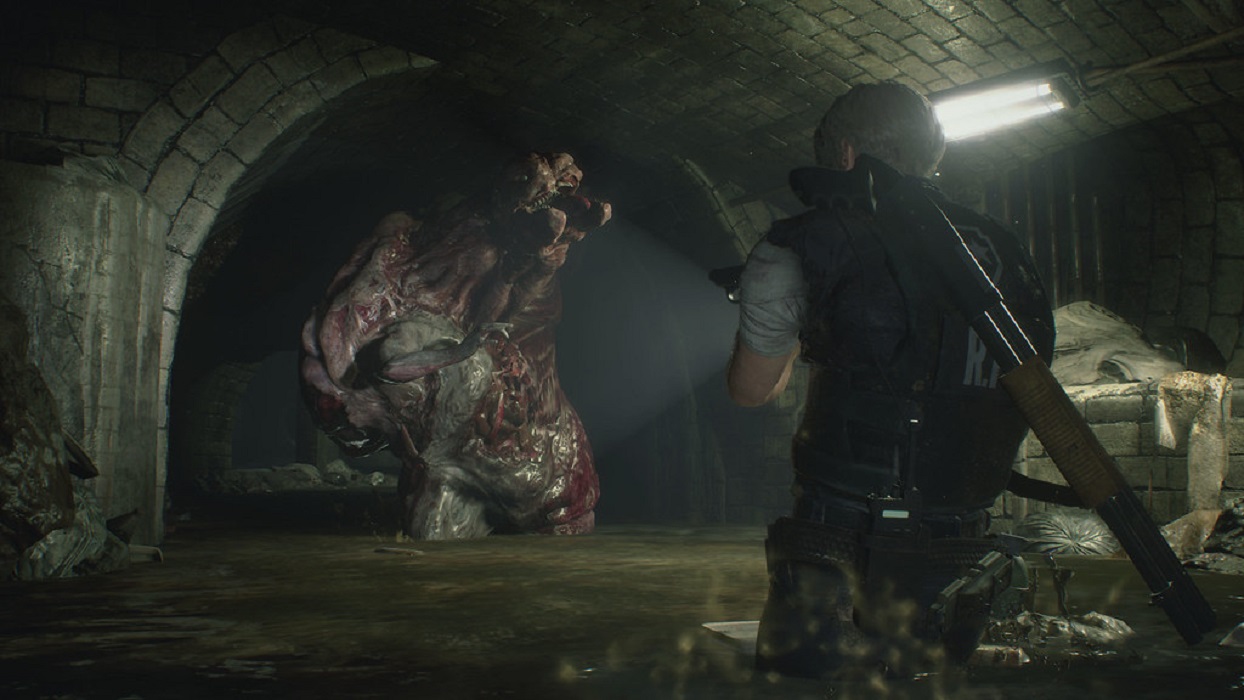 Two of the most iconic characters to ever grace the Grand Theft Auto series are C.J. and Big Smoke. They were a great duo from the moment they appeared on the screen. You’d be hard-pressed to not find a meme showing their zany personalities on the internet. Well, thanks to the clever work of one passionate fan, you can now play with Big Smoke and C.J. in the remake of Resident Evil 2.

The mod was put out by the great people at BestGaming. Instead of battling the indestructible Mr. X in this remake, you can be chased by Big Smoke. You’ll get to control C.J. in place of Leon or Claire if you so choose.

Both characters come with their own funny lines and custom combat sequences that certainly give new meaning to survival-horror. If you are a fan of the original GTA: San Andreas and have Resident Evil 2, this mod is a true gem.

Where Mr. X was creepy and downright unnerving, Big Smoke is lumbering and just looks funny to see coming at you. It’s actually hard to take him seriously as he slowly walks toward your direction. Despite being humorous, he’s still just as dangers as Mr. X. The best way to get past him is to retreat back and find a temporary hiding place.

It’s mods like this that are truly redefining the way gamers play Resident Evil 2. Early in the year, we saw Mr. X get swapped out for Thomas the Tank Engine. It was a surprisingly creepy mod, especially seeing his bulging eyes just staring at you in the darkness.

We’ve also witnessed Claire Redfield being put in a skimpy bikini, the addition of awkwardly smiling faces, and so much more. If these mods have any significance, it’s that fans of the series are taking some pretty creative directions with an already solid game.

Mods like the addition of Big Smoke and C.J. are a nice change after you’ve played through the game several times with Leon and Claire. They give you more unique experiences to look forward to, keeping the game fresh and you on your toes.

And, it doesn’t seem like these mods will be stopping any time soon. The Resident Evil community has even dedicated entire forums to them. Best of all, these mods are absolutely free.

If you haven’t had the chance to play Resident Evil 2, it’s an amazing survival-horror experience. As more mods keep being added to it, there’s no telling what interesting characters you’ll run into.