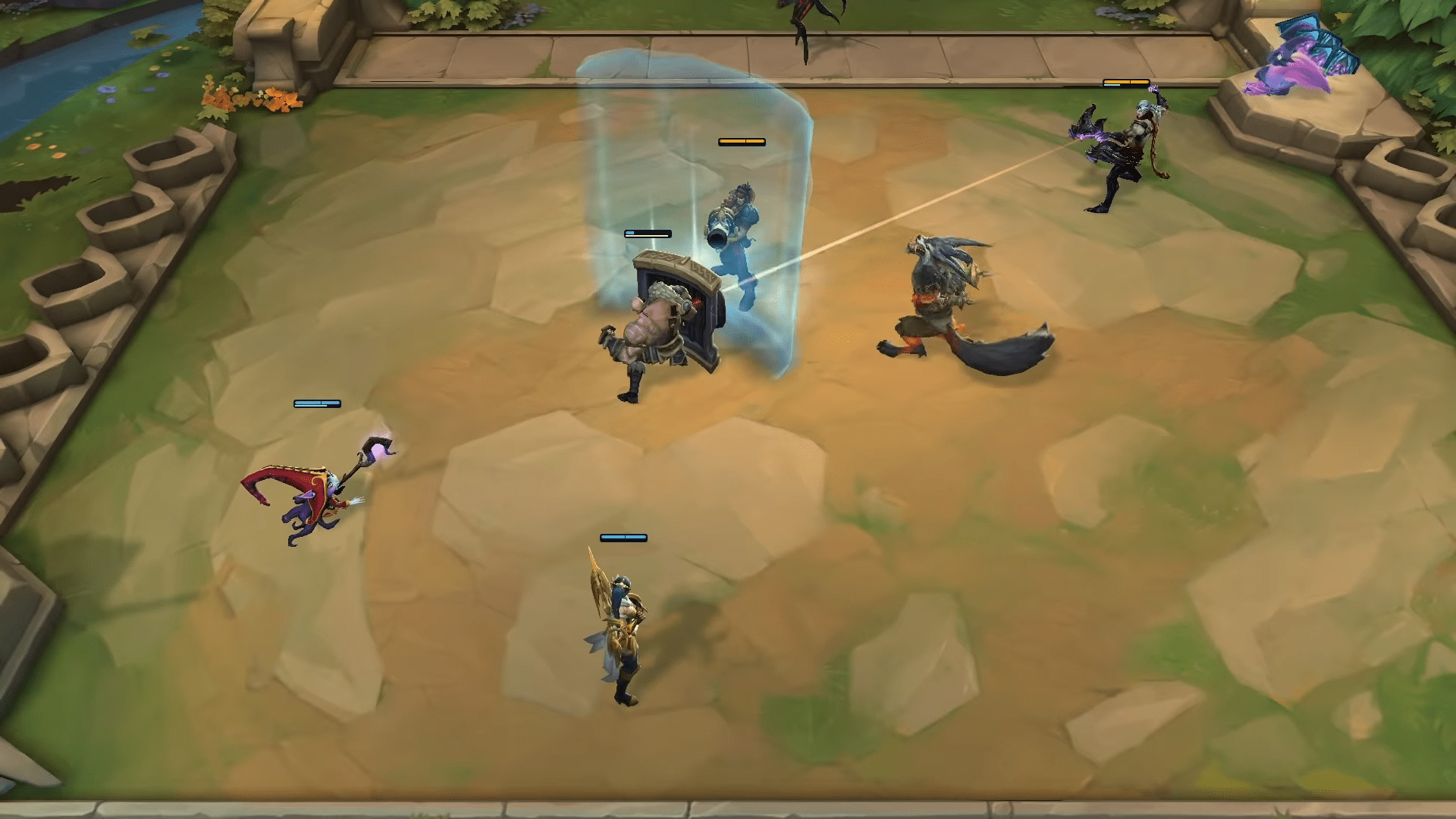 The auto-battler game mode throws eight players into an arena where they form teams to fight in rounds for victory.

Since its release, TFT has already had one major update that introduced bug fixes, balance changes, a new champion, and the addition of ranked play – but there’s still a lot of features missing that could improve and add to the game a lot.

While many players can agree that this list is much longer than five, here’s five things that Riot Games should consider adding to Teamfight Tactics ASAP:

Match History
After completing a League of Legends game on Summoner’s Rift, Twisted Treeline, or Howling Abyss, players can access an overview of all of the match statistics from that game – so why isn’t Teamfight Tactics the same way? TFT has a lot of details to consider when constructing a Match History, but it’s not any more complicated than tracking exact gold income and who got First Blood on SR.

With so many factors involved in playing Teamfight Tactics, players should be able to look back at previous matches and see what they were up against, recall their team compositions, and be able to brag to friends when they happen to win three games in a row – with Match History proof to show for it.

Highlighted Map
The TFT map is home to eight different arenas for each player as well as one middle ground where players choose champions from a carousel (more on that later). Players can look around at other people’s arenas at any point during gameplay to get a feel for what their enemies are doing or how two enemies are battling it out.

While this is an exciting feature and offers a lot of countering potential, it’s kind of annoying that players have trouble finding their way back to their own arena afterward because the game doesn’t highlight where players are on the map.

This is especially frustrating during the carousel round when a player is trying to remember what item they need, and then has to click through every arena to find their own — adding a highlighted map, or at least some type of indicator as to who’s who could smooth things out.

Fewer People at the Carousel
During every stage of the game, players battle against each other, compete in a PvE round, and visit a carousel of rotating champions wielding items. Players are trapped in rings around the carousel and periodically let out based on where they fall on the leader board to grab a champion of their choice.

While the set-up for the carousel is mostly functional, one issue some players have is with other players body-blocking them when they go to grab a champion. This results in a player catching the wrong champion or item and takes away from the strategical aspect of the game.

By either locking players back in their rings or sending them back to their own arenas once they’ve grabbed a champion, it could make things easier for other players to avoid trolls sabotaging this trick.

Camera Locking One Player
Currently, players can queue with up to seven other friends for normal TFT matches or two other friends for ranked play. When a player dies during the game, they have the option to continue watching or quit – and most people might choose the former if they’re queued up with their buddies or want to watch an intense final round.

A seriously annoying problem with this is that there’s no way to lock the camera onto one player once this type of spectator mode begins. Instead, the player viewing must continually follow the player they want to watch around the map. Adding a way to stick to one player would make it infinitely easier to view the rest of a game play out.

Mobile Version
Okay, so, this one might be a little farther out than the rest, but most players can agree that TFT is the perfect opportunity for Riot Games to expand League of Legends into the mobile scene. Teamfight Tactics requires minimal interaction, with most actions in-game taking just a few clicks or drags of a mouse.

Translating this onto a mobile device or tablet would be fairly easy and wouldn’t require too many adaptive changes to make it playable. In fact, it would translate so well that cross-platform compatibility doesn’t sound out of the question.

Riot Games has previously denied that they would be turning League of Legends into a mobile game and focused their sights elsewhere, but TFT would have a much easier time transitioning to the platform. This would also drastically increase the Teamfight Tactics player base and could be an excellent investment for Riot.

Overall, Teamfight Tactics has added a lot of great things to make the game mode more well-rounded, but it still has a long way to go to find the perfect balance.

Hopefully, players will see some of these features and more added in future patches.

Epic Battle Between Monster And Giant Mech Armor On Fortnite: Who Wins The Fight?