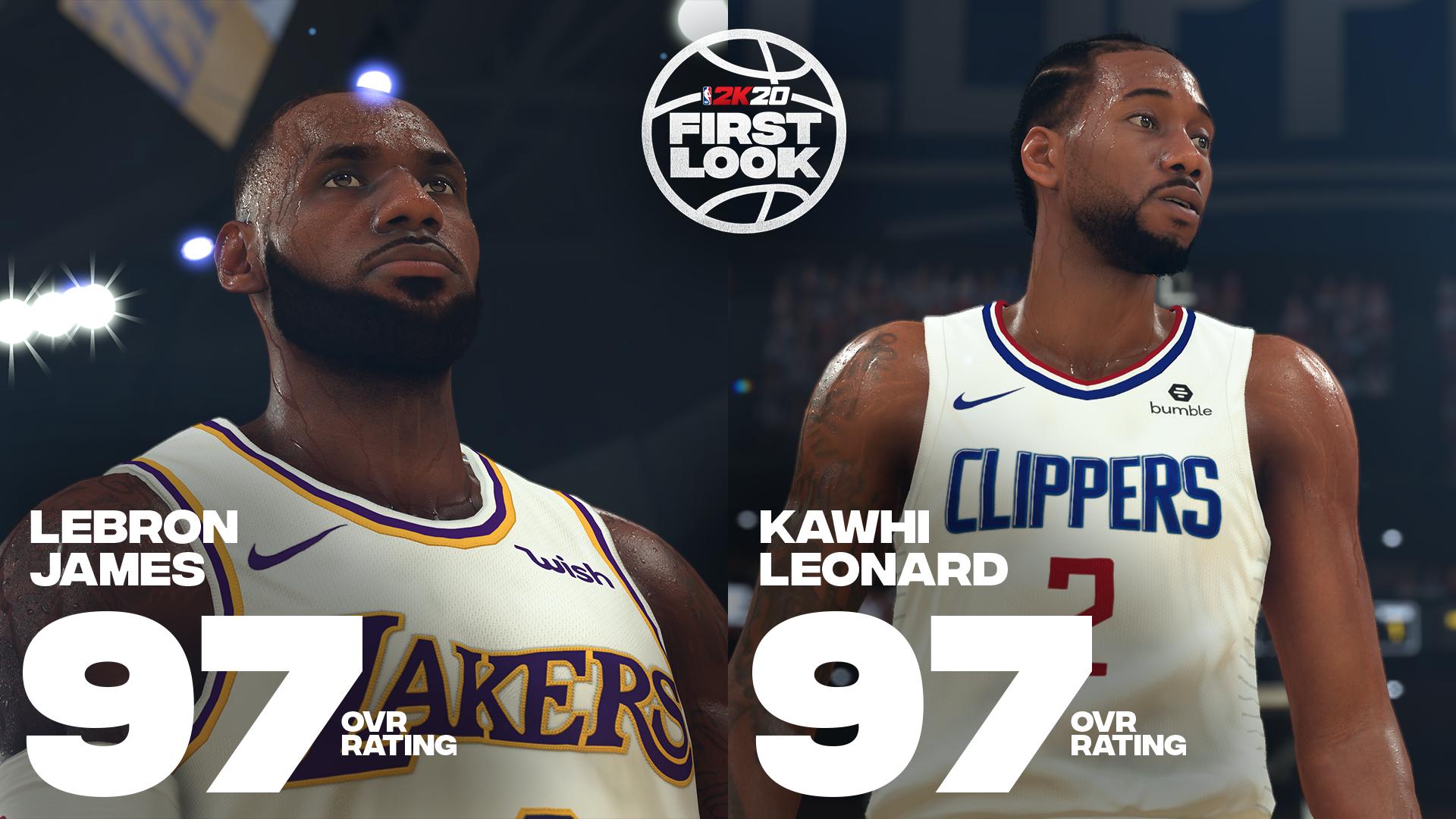 Basketball simulator franchise NBA 2K20 is the next big thing in the basketball fraternity. Visual Concepts, the game’s developer revealed the player ratings in the upcoming edition through the company’s first-ever interactive live broadcast regarding player ratings. As you may be aware, player ratings were a secret in the past. The company would distribute the ratings to the individual players via social media.

The event broadcasted on Twitter highlighted the top-rated NBA figures across various categories. Also, more light was shed on how the ratings are derived. Talking of ratings, here are the top-rated players in NBA 2K20.

Both a 97 overall but LeBron has the slight edge on Kawhi in initial NBA 2K20 Ratings 😳 Let the debate begin #2KRatings pic.twitter.com/tP6qJX0sAp

Once again, Lakers star LeBron James takes the top spot, but this time, it’s a tie at 97 with Kahwi Leonard, the Los Angeles Clippers small forward. At Lakers, LeBron is still on fire but not a distant from the Clippers man who played a key role in Clipper’s 2019 NBA Championship. In as much as he’s no longer the MVP this season, he still runs the show.

Next is Giannis Antetokounmpo, Kevin Durant, Stephen Curry, and James Harden all tied at 96. Antetokounmpo, the Milwaukee Bucks hotshot is the 2019 NBA MVP. Despite the injuries, KD managed to shoot up to 96 from his 2K19 rating of 90. Curry is still the best three-point shooter. Harden’s 40-point triple-double against Cleveland was a remarkable one, and he’s still the only player in NBA’s history to record a 60-point triple-double.

At 94 is Anthony Davis who’s also the NBA 2K20 cover art star. He’s closely followed by Paul George and Damian Lillard at 93 and 92 respectively. Other players in the 90 mark are Joel Embiid, Kyrie Irving both at 91 while Russel Westbrook and Nikola Jokic close the list at 90. Some fans have already expressed their sentiments now that the likes of Jimmy Butler and Blake Griffin missed out in the 90 plus category. The duo came in at 88.

Debate settled. The King and AD have the highest average overall rating for best new duos. Use hashtag #2KRatings to tell us your thoughts pic.twitter.com/4mr63Haqmk

In other categories, Stephen Curry led in the three-point shooters’ list with a rating of 99. Second is Curry’s mate at Golden State Warriors, Klay Thompson with 97. Joe Harris comes third with a rating of 94 while JJ Redick and Buddy Hield close the top five list with 90. Lastly, Zion Williamson, the Pelicans forward topped the rookie’s class with a rating of 81, the highest for a first-year star.

NBA 2K20 is slated for release on 6th September and will feature Anthony Davis as the main cover art while Dwayne Wade will be on the Legend’s Edition. The game will be available on PS4, Xbox One, PC, and Switch.

Teamfight Tactics Ranked Play Might Be Highly Anticipated - But Is The Game Mode Ready For It?