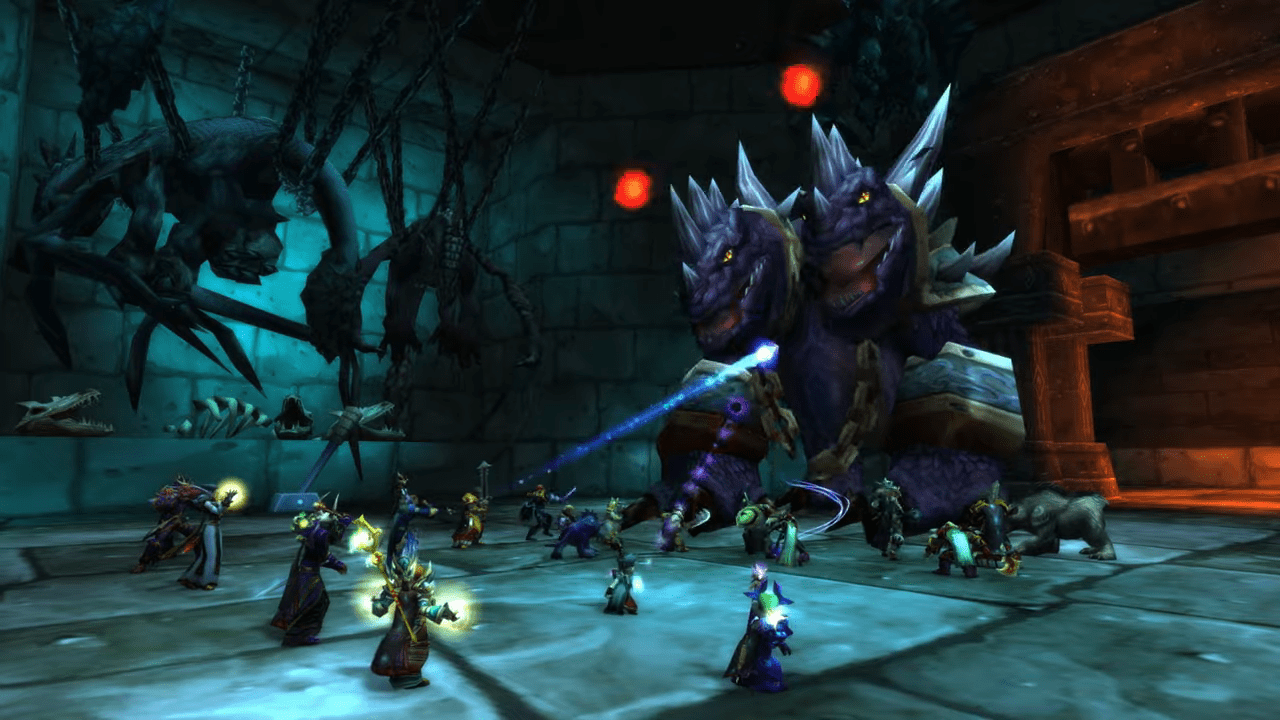 Right around World of Warcraft released the Mists of Pandaria on September 25, 2012, a new issue began cropping up with the Group Finder tool that rendered it almost completely useless: accounts using the Group Finder to advertise carries through dungeons in exchange for a certain amount of either in-game gold, or Real Money Trading (known in MMOs colloquially as RMT).

This was made an issue on the back of dungeons beginning to get a bit more difficult; this resulted in users struggling to clear them and becoming frustrated. Soon, requirements for Group Finders began to increase: a certain number of achievements or item-levels (also known as ilvl), knowledge of fights and mechanics beforehand, and people were joining into the groups already half-tilted.

RELATED: Blizzard President J. Allen Brack Confirms BlizzCon Will Be Online And Free To View In 2021

As they’ve struggled through the dungeons past thanks to haphazard gear and brain-dead movement coming from suspect accounts, they didn’t want to devote two hours into an endeavor that was doomed before it even started. The requirements continued to climb and some were simply struggling to find ground, and then run sales started.

This is the current issue that has appeared to reach a new height in the current expansion of Shadowlands where the Group Finder is frankly inundated with a slew of people attempting to sell dungeon runs on Mythic+ for almost 500,000 gold for a +10 run. Singular.

RELATED: World Of Tanks Has Cancelled April Fools Day And Its Classic Game Can Be Played

These are frankly low-level runs that people are eagerly paying for, and the account advertising for what some have equated to boosting is typically not the character that will be doing the runs with the buyer.

They're selling preorders for +15 runs in #Warcraft lol you can't make this shit up (https://t.co/M3Dav9BjBI) pic.twitter.com/CR2t5BU7we

At this point in time, Blizzard has either simply turned a blind eye to the sheer number of reports coming in that are spamming up the GF, or are simply less interested in moderating and controlling that aspect of World of Warcraft.

If the players have shown time and again to not care about Blizzard’s demand that they reserve this behavior to Trade chat, and Blizzard clearly doesn’t care enough to uphold their own rules regarding the Group Finder. Make a new tab for run-selling if it absolutely must stay in the game, although those finding themselves purchasing the runs might want to take a closer look at what they are expecting to get out of the title.

The good news here, and there isn’t much to be found, is that only a few of the run-sellers are expecting RMT for runs, and are typically sold through the ‘usual suspects’ of gold-selling markets for World of Warcraft. This is likely due to the big ban-wave Blizzard pushed out in 2017 as a warning against selling content runs for real money.

Blizzard issue bans to top WoW guilds for selling content runs for real-world money, say it's a warning to stop it https://t.co/0zmKEN2xr4pic.twitter.com/9CzOTtNtKw

The same did not happen for Group Finder after Blizzard cracked down on users selling runs and boosting in mid-2018: the option was quietly removed in December of 2018 with zero fanfare or announcement.

Starting July 2nd, Blizzard will not allow any advertisements in the Group Finder for services like carries or boosts, including those offered for in-game gold: https://t.co/ykd1NMuX2rpic.twitter.com/jeECZ0zeW5

For now, if not the foreseeable future, it appears that Blizzard is pleased with how the Group Finder currently operates (or doesn’t).

It should be noted that the common cure for this ailment currently is using a plugin called LFGSpamFilter via Curse Forge that does an admirable job blocking the vast majority of these boosters; it is not, however, a solution to a very apparent problem that World of Warcraft currently has.