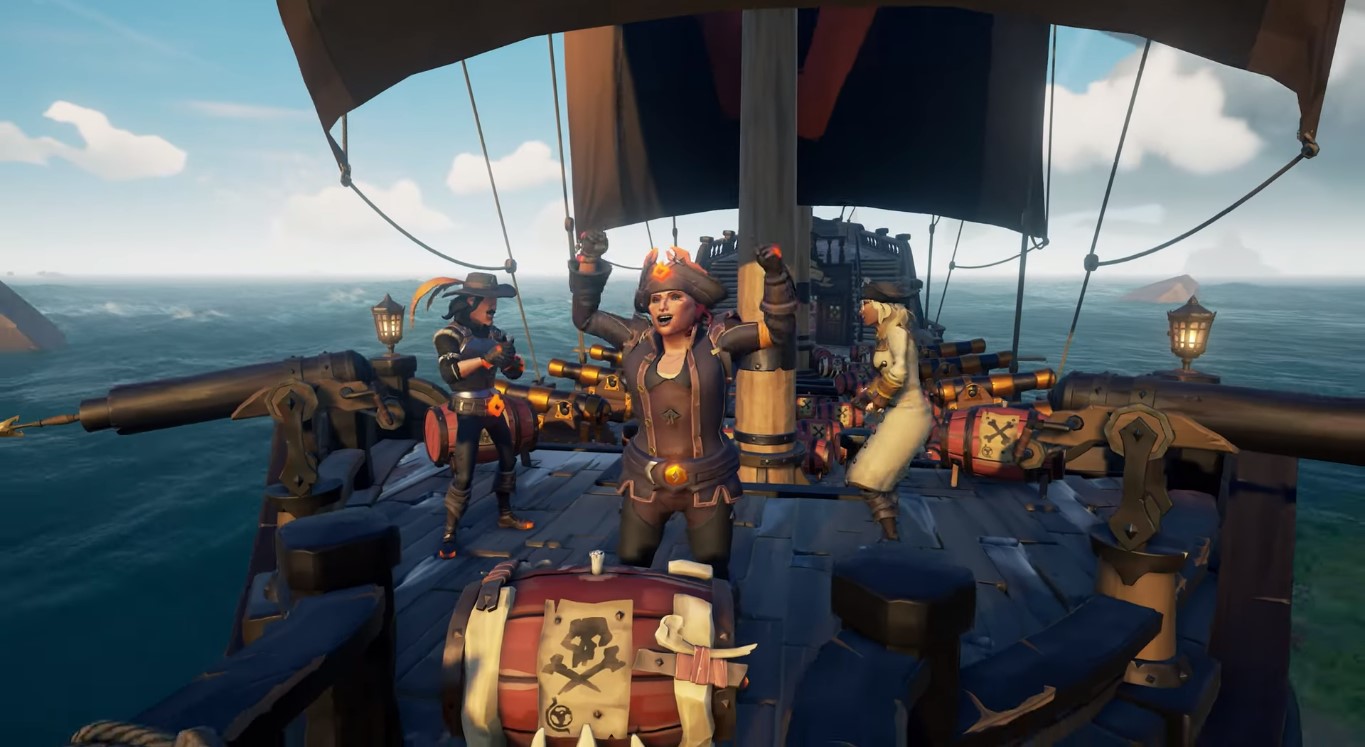 Players were surprised when they found a massive hole following the Sea of Thieves update.

The huge hole seemingly just appeared out of nowhere in one of the unexplored islands. And without any prior explanation, the anomaly caught everybody unawares.

You can find the uninhabited island on the coordinates I-12 and J-12. It’s supposedly called the Killer Whale Island. It got its name from the shipwreck, Killer Whale, which was captained by Merrick. In fact, the shipwreck is a prominent fixture in the island, although you can also find a cave, an underwater shrine, and an archway in the island. And oh, you can also read Merrick’s journal, which you can find inside the ship, particularly in the crow’s nest.

For now, there’s no way to explore the black hole (if you are brave enough). Apparently, PC Gamer suggested that it will have significant bearing to the next update, the Dark Relics. But to be fair, the article in question was just speculating considering that the developer isn’t talking.

The new Stashes update adds more missions for the adventurous pirates. The objective is to gather gunpowder barrels from different forts then sell them to factions for money. The update is quite hefty with about 6 GB of data.

In order to play the new missions, you need to buy one from Duke. You need to pay in doubloons instead of gold. That’s bad news for people who already exchanged their doubloons for gold.

Just to give you an idea, five doubloons will allow you to play the Smuggler’s Run mission. The goal is to collect gunpowder barrels from Shores of Plenty, The Wilds, and other regions. Meanwhile, 10 doubloons will allow you to play the Reaper’s Run. In this mission, you have to do the barrel missions rather conspicuously. In fact, you have to fly your flag on the ship, which tells everybody you are fair game.

If you happen to survive the mission, you can cash in your stash by selling it to any of the factions such as the Merchant Alliance, Order of Souls, or the Gold Hoarders. You need to choose carefully because your decision has some repercussions in the game.

Check out the official video of the Black Powder Stashes update. It’s part of the Sea of Thieves monthly content updates. Watch out for more news and information regarding the mysterious black hole in Sea of Thieves.