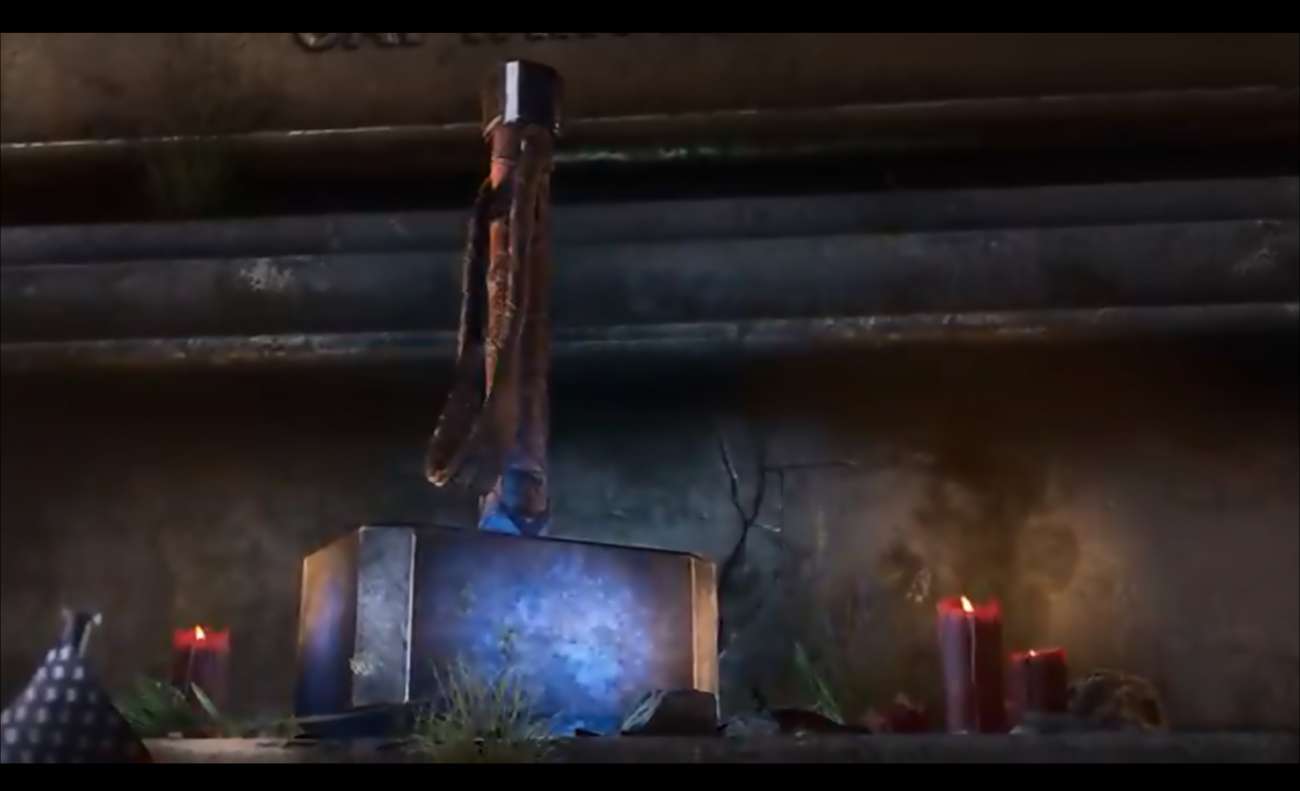 Marvel’s Avengers is one of the more mysterious games currently in development. We know it features our favorite superhero group, but not like what’s featured in the movies. Crystal Dynamics is going in a different direction. If they’re successful, we could see sequels on a regular basis.

We know the game is scheduled to come out May 15, 2020 and it’s shot from a third-person perspective. Aside from that, fans are pretty much in the dark. Fortunately, Marvel took time to highlight the game at this year’s San Diego Comic-Con. Unfortunately, only those in attendance would be able to see the footage.

A leaked clip has fortunately surfaced from a fan looking to give gamers a taste of what this game has in store. The leaked footage is from a mobile phone and is kind of blurry, but we do see the almighty Thor wielding his magnificent hammer. He’s surrounded by some mysterious enemies, but as you can imagine, they’re no match for the thunder god.

We see Thor quickly vanquish his foes using electricity and his brutal hammer. He sends several enemies up in the air and then lands a final blow. Already, the gameplay looks impressive. If this footage is accurate, then Marvel fans are in store for an amazing game.

The graphics look phenomenal and the combat looks much like what is featured in God of War 4. This game received so much praise, so if Marvel’s Avengers can replicate even a fraction of this game’s success, we’re in store for some amazing superhero action.

Going back to Thor’s combat, the sequences seem to flow very well. Thor uses a lot of combinations and transitions from enemy to enemy smoothly. Since Thor is indeed a god, we see him hover above the air. This is one of his special abilities that gives him a superior position on enemies.

The leaked clip lasts nearly a minute. In that small amount of time, a lot of questions have been answered. It appears Marvel’s Avengers will be more of an action-adventure game, where you’ll run into numerous enemies while completing each mission. It’s safe to assume that each superhero will have their own unique set of moves and capabilities, which should keep gameplay fresh.

This footage is a positive sign for Crystal Dynamics. Although they’re not using the likenesses of the actors in the Marvel movies, they seem to have perfected the gameplay aspect of this game. That’s what matters most to many gamers today.

New Survival-Horror Game Chernobylite Will Let You Explore The Infamous Exclusion Zone, If You Dare

Jan 1, 2021 Jeremy Green 4410
The list of PS Plus games for January was recently revealed on PlayStation's Twitter page, which includes a lot of solid offerings by the look of...