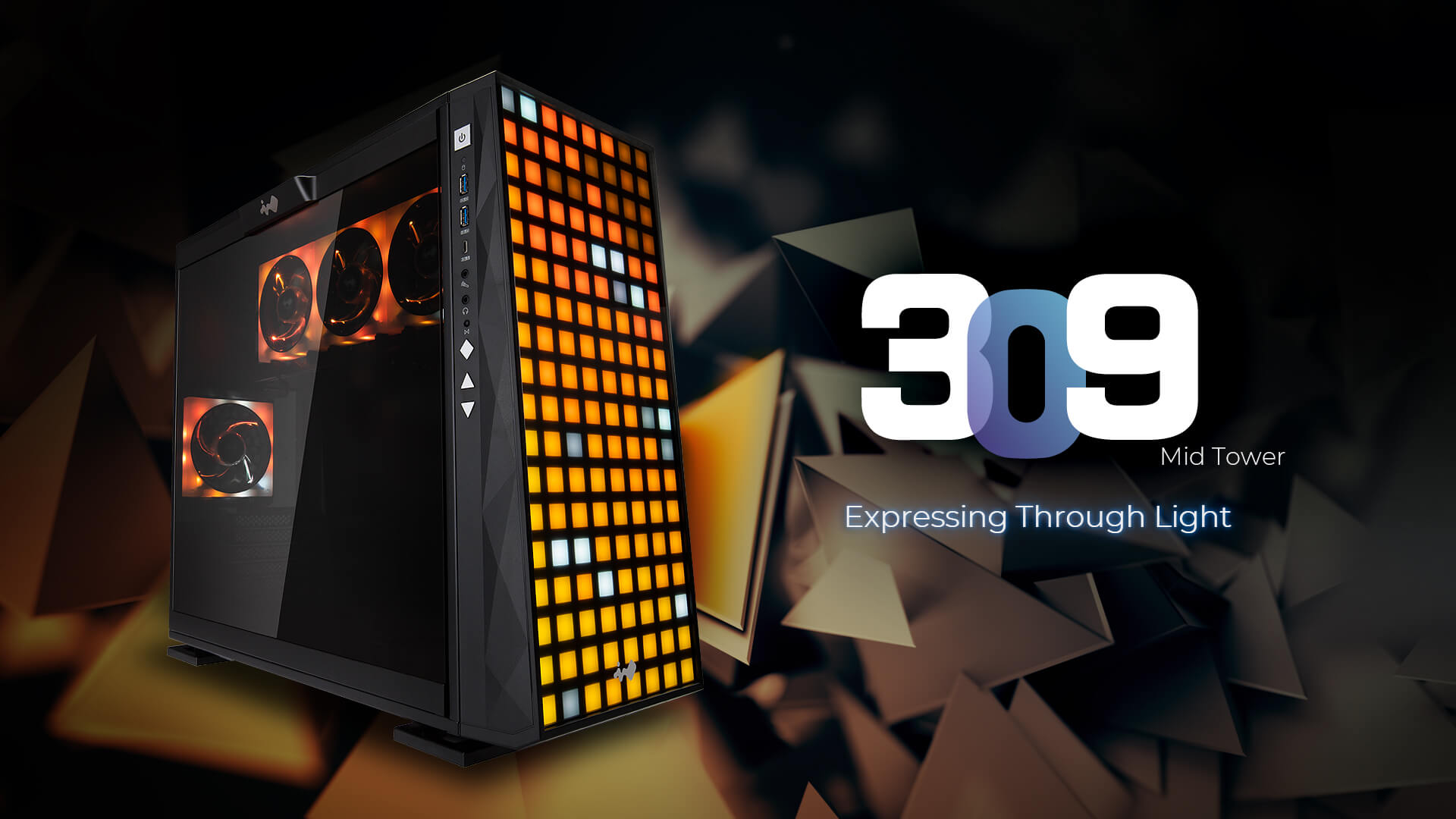 InWin has updated its Mid Tower product line with a new case, the InWin 309. Announced back in May at Computex 2019, it comes to replace the InWin 307, the other Mid Tower released by the Taiwanese company last year. The new InWin 309 is compatible with ATX, Micro-ATX and Mini-ITX motherboards and also supports up to seven PCI-E slots just like the 307.

By design, the new InWin case is much similar to the old InWin 307. They both boast an ABS construction with clear side panels made from tempered glass to showcase your components. But while the old case comes in white, this new edition is in black – maybe a different color will be offered. The main difference between the InWin 307 vs. 309 is the addition of the punchy colors at the front panel, the reason it has been described as “brilliantly bolder and brighter.”

This RGB lighting system is controlled by the exclusive GLOW2 software that brings on board a clean and easy to use interface. GLOW2 has 12 lighting modes, 7 brightness levels, 7 light speed levels, and 10 fan speed levels. Talking of fans, InWin includes four EGO AE120 programmable ARGB fans. They offer easy tool-less installation and feature a translucent frame to complement the lighting. Inside each fan, there are 16 RGB LEDs which are also programmed on the GLOW2 software.

Like earlier mentioned, the InWin 309 is designed for standard ATX (12″ x 10.7″) configurations but it’s also compatible with Micro-ATX and Mini-ITX. Regarding the power supply, you can fit a PSII: ATX12V of up to 200mm. The InWin 309 can support a maximum of seven 120mm case fans. They can be mounted at the top, bottom or rear. It also supports VGA cards of up to 350mm and a 160mm CPU heatsink height.

Storage is also a concern when choosing a computer case. Just like the predecessor, this new model supports two 3.5″ and two 2.5″ internal drive bays.

In terms of connectivity, the options are unlimited. InWin designed this case with one USB 3.1 Gen 2 Type-C, two USB 3.0 and an HD Audio. On the control interface, you will also find an LED & Fan Mode Button and LED & Fan Control Buttons.

So far, the Taiwanese lip tied regarding the price of the InWin 309. But it should retail at around $200.