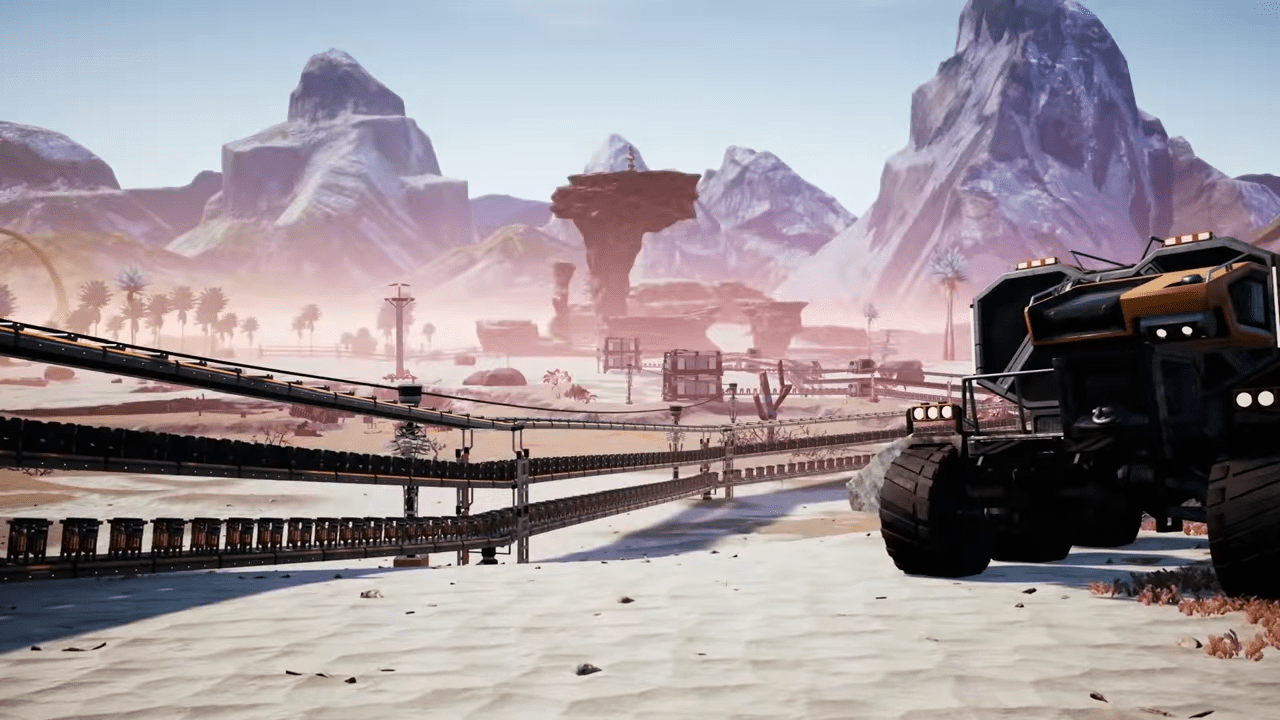 Satisfactory, which has been available in early access since last year, will become available to purchase on Steam from Monday, June 8th. The game continues to receive updates to its expansive open-world, and the building mechanics are complex.

Developed by Coffee Stain, in Satisfactory you are dropped solo onto an alien world with only your hands and your mechanical knowledge to create huge machines to make your life easier. Think of it as No Man’s Sky meets Factorio.

Hey guess what?! Satisfactory is coming to Steam on Monday, June 8 (for realz)!

And yeah, we said Tuesday in the past, but we say a lot of things. pic.twitter.com/ykjQDQRLfj

The game receives its highest praise for the scope of its factories. They can be absolutely huge, and diving into the complex world of Satisfactory can be quite overwhelming at first. If you love a game like Factorio, this is definitely worth a try.

Your factories rely on Conveyor Belts to function and you’ll soon realise they’re an essential part of getting everything to work. As well as conveyor belts, there a range of different vehicles and other machines to assist you in your journey to full automation.

What sets Satisfactory apart from other building and factory management sim games is the inclusion of an expansive open world to explore. There are different fauna and flora which can be harvested and warped to your will.

This fauna and flora will also pose a threat to your factory – there are ways to manufacture defensive and offensive weapons, walls and machines. At times it almost has a tower defense feel to the gameplay.

While you might start out collecting materials by hand, Satisfactory continuously presents you with new challenges and new ways to expand on your factory. Just wait until you get into overclocking your system and messing around with the more technical aspects of the game.

So far, the game has received huge praise from players and critics. It’s a real time-sink of a game, and the progress you make is always rewarding.

Currently, the game is still in early access, but there are still regular updates and community interaction from Coffee Stain, the studio which brought the world Goat Simulator.

Its most recent update arrived earlier this year and introduced a lot of bug fixes, new content (such as pipes and water pipes), and made changes to the open world.

You can check out Satisfactory on Steam now and stick it on your wishlist, and the game will be available to download from June 8th.

Feb 28, 2021 Kenny Kimberly 6570
Valheim is full of secrets and hard-to-obtain materials that some players may never see or even attempt to gain, and one of the biggest examples of...

Feb 28, 2021 Kenny Kimberly 3950
The new hit survival game Valheim is packed with a myriad of weaponry, and it can be difficult to figure out which one is the best. With the game...

Feb 28, 2021 Kenny Kimberly 2910
The early game of the new smash-hit survival game Valheim is a bit difficult due to a lack of gear. This is far from something insurmountable, but...