Does a rusty sheriff’s badge by any other name not smell just as funky?

MissBehavinOfficial made monstrous waves late in December of 2020 on Twitch by streaming an eight and a half minute long sexually explicit video to promote her OnlyFans account in an act that she states was ‘an accident’ while appearing to watch her Open Broadcasting Software application being spammed with messages that were a fascinating mix of desperation and disgust from a chat that seemed to be filled with multiple users under 18.

The incident sparked outrage: many posit that a man doing similar would be sexual assault towards minors, or at least deserving of a far longer ban than a mere three days, which MissBehavinOfficial received. Compared to a similar timeframe, Forsen received a month-long ban for accidentally showing horse genitalia for less than a second on stream. The apparent double-standards continue.

Yet now that the dust has settled, perhaps taking a look at what the net gain was for the Twitch streamer MissBehavinOfficial to discover precisely what the fall-out was for the incident, in comparison to the numbers beforehand, could help explain the situation and events while giving future streamers ideas to promote their own channels.

Via Social Blade, MissBehavinOfficial was on a consistent downtrend prior to the events on December 17, losing an average of five followers per day. This trend halts during the three-day ban that Twitch meted out, and was followed instantly by thousands of new followers and hundreds of thousands of new viewers. 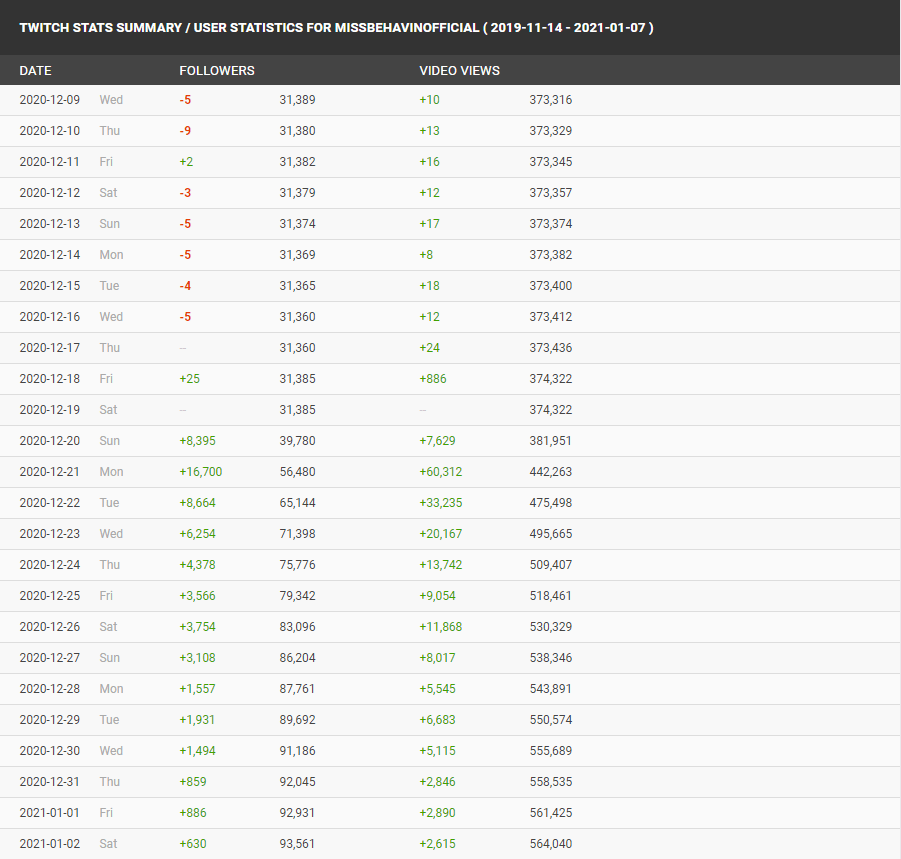 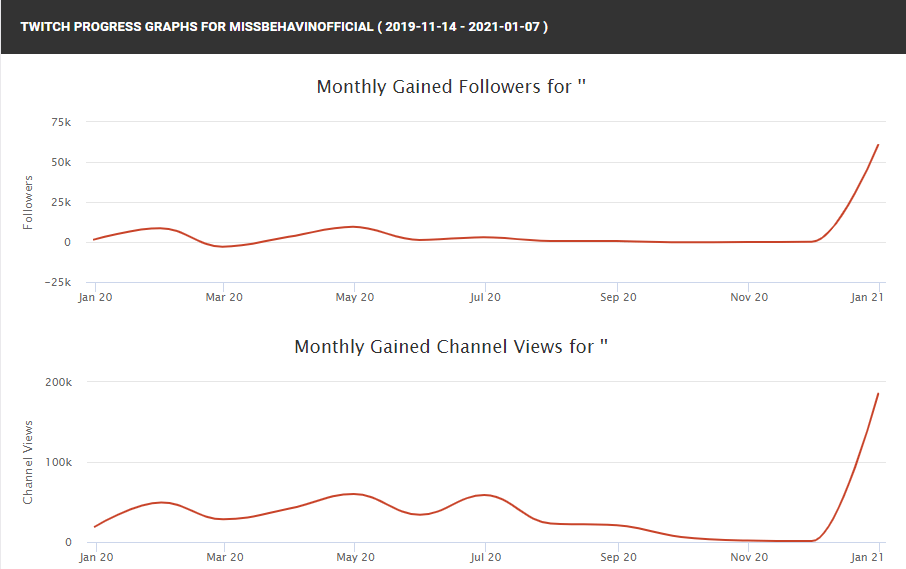 In total, the OnlyFans promotion on the Twitch platform resulted in an estimated 66,000 new followers for the streamer and over 200,000 new viewers of VODs on the channel, all in exchange for a three-day ban.

Thus, it appears that if you’re looking for a boost into prominence on the world’s largest streaming platform, the best way to get new Twitch followers is to attempt to show viewers your kidneys through whatever orifice is closest to them.

Presuming at least 25% of those followers turn into subs in the future, that would turn into an estimated $41,475 per month for as long as MBO could manage to continue to…encourage subs.

Lest you bring out the firehose and begin your best helicopter impression too quickly, it should be noted that Twitch has a unique method of applying bans: some receive month-long bans, and others aren’t banned even after hurting animals on stream. The primary factor between the demographics appears, at this point and to our best guess, based on gender more than anything else.

Stating in Twitch chat that women receive far less punishment than their male counterparts for reasons remains a bannable offense.