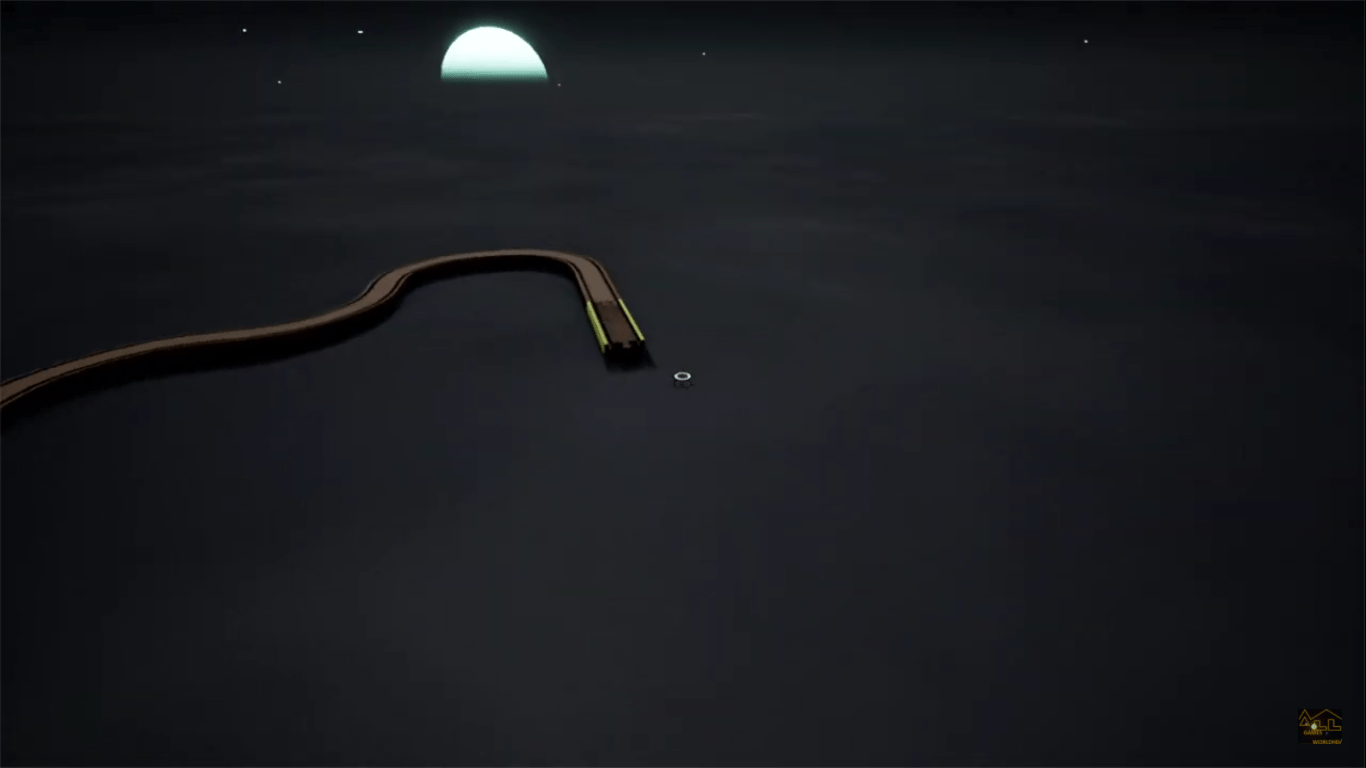 The popular train-themed simulation game Tracks has released a brand new DLC that will take players to faraway places. The new level visits the moon and allows players to experience low gravity along with new decorations and a brand new train.

Tracks is available on PC and Xbox One. The game provides players with a free form world full of opportunity. No quests, missions, unlocks, or distractions. Just a virtual sandbox full of toys, tools, and a chance to expand a player’s creativity.

The new item and DLC Sci-Fi Pack gives players a whole new world to explore. This is a game of trains, but now players can do so much more with their toy world. Be innovative and design a train to the stars that defy all logic and is bound in creative magic.

Explore a new map set on the moon. With the dark sky above and meteors floating around the sky, players can decorate their moon base with tons of different pieces. Place astronauts across the moon, space rovers in the distance, and of course, what moon scenery would be finished without a flag.

If aliens sound like fun then decorate the surface with new life forms. UFOs, craters, glowing plants, and much more are available to create the scenic alien filled world.

Colonize the moon with tons of foundations and bases. Place engineers around the environment and set up rocket launches to head back to the Earth below. Use your train to transport workers from one point to another or come up with some other innovative way to take advantage of tracks across the liner surface.

In a creative sandbox like Tracks, players must define their own game. Whether you tell a story of colony expansion or want to battle an army of rovers and robots against aliens, players must be prepared to let their imagination loose. This expansion allows for players to make their own journey among the stars.

Outside of civilization, the pack includes tons of geodes, moon rocks, meteors, and more. Create your own stellar environment that will fascinate and enchant all who visit your base.

This sandbox just gets bigger and bigger as DLC continues to be released. Just take the role of a toy train set builder and enjoy a relaxing environment builder.

Tracks is available on Steam and Xbox One for $3.99. This relaxing game comes with tons of different DLC expansions for several different environments.

Hyper Scape, Ubisoft's Attempt At The Battle Royale Genre, Will Arrive In July