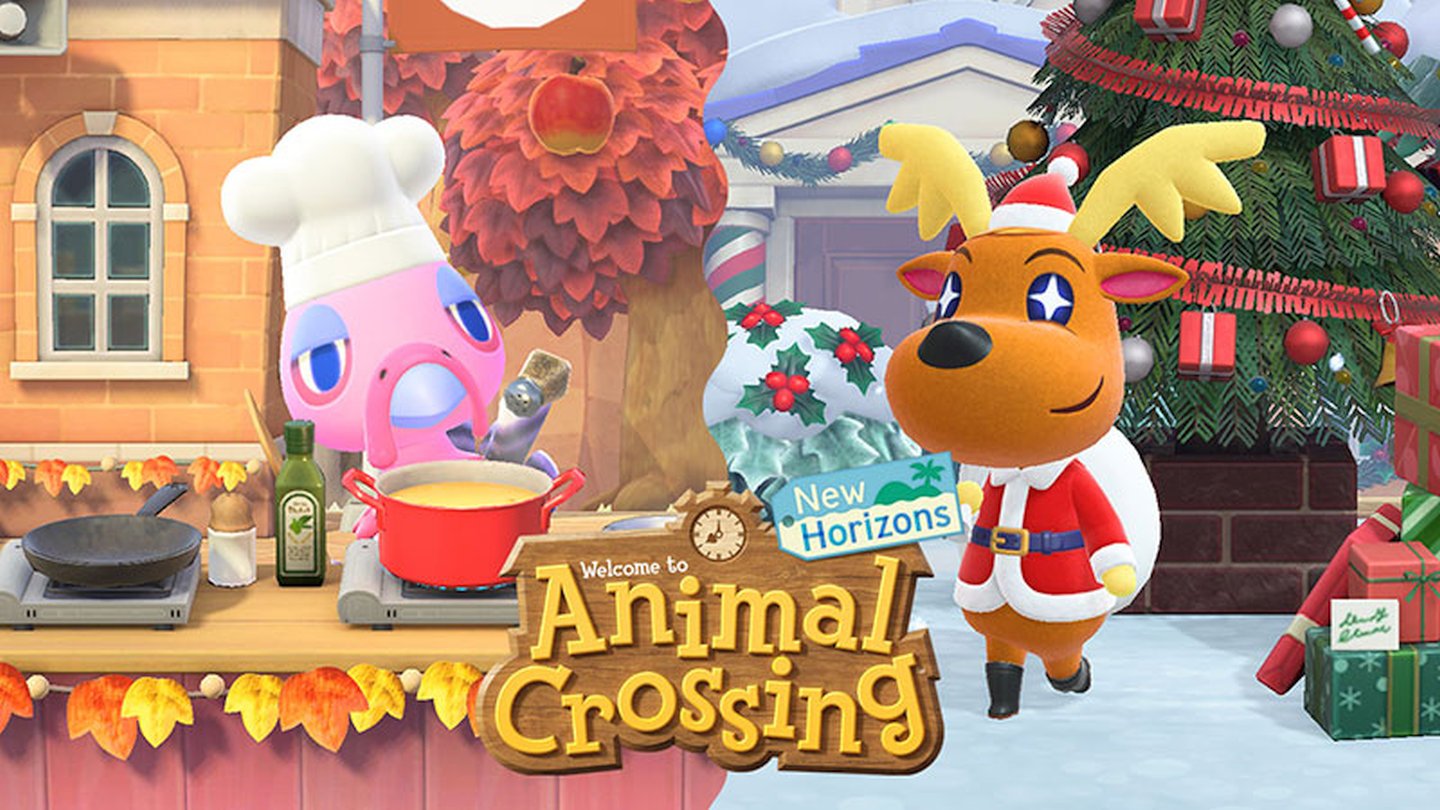 Earlier this week, Nintendo announced the next big, free update for Animal Crossing: New Horizons. Tomorrow’s update not only adds holiday events, but new reactions and hairstyles, and much more.

The update will welcome the late Fall and Winter events. The first event is Turkey Day, which takes place on November 26. Franklin visits and hosts a big dinner event in the plaza, which will involve all of the villagers. Players will help Franklin collect ingredients for dishes and possibly receive a special gift if they find everything on the turkey’s menu.

In December, Toy Day will take place on December 24. During the Toy Day event, players will help Jingle deliver gifts and possibly receive a gift of their own.

During the month, players can buy toys from Nook’s Cranny and holiday-themed clothing from the Able Sisters’ shop. The island will begin to celebrate the upcoming holiday with decorations. Shaking snow-covered trees will drop decorations as well.

RELATED: Groove To That Chiptune Mood With The Deltarune Chapter 1 Vinyl, Now Ready For Preorder

The last update is on December 31 to celebrate the New Year. Starting at 7 PM, players can meet residents in-game to celebrate fireworks and party to ring in the new year.

Nine new reactions will be added to the game. They are not just the standard emotions, but now players will get more physical by sitting down, doing exercises, yoga, and celebrating. Six new hairstyles are also included in the update. Both can be purchased with Nook Miles.

If players have expanded their home to the max, they can now purchase a major storage upgrade. Players can speak to Tom Nook inside of Resident Services to purchase an expansion for up to 2,400 slots.

The November update also includes visiting random islands in Dreams. Previously, players needed a dream code. Pocket Camp is also getting some attention with a special Pocket Camp smartphone model, but players will need to connect their accounts to gain access.

The last major addition is for “Island and Resident Data Transfers.” With island transfer, players can move their save data, plus their island and residents, to another Nintendo Switch system. This feature is not only for the main Resident Representative, but also for a single islander to transfer their data to another system. The transfer includes the “resident’s name, appearance and equipment, along with your inventory, home, and storage.”

We’d like to invite everyone to experience the holidays together with family and friends in Animal Crossing: New Horizons, along with your island residents bringing their unique seasonal cheer. We’re eager for everyone to discover all the changes arriving to your islands during this holiday season.

RELATED: Children Of Morta Mixes Fantasy, Combat, And Family With Their Rich Storyline

The next update in January will bring back Pavé, who hosts the late Winter/early Spring event “Festivale.”

The next free update for Animal Crossing: New Horizons launches tomorrow on November 19.