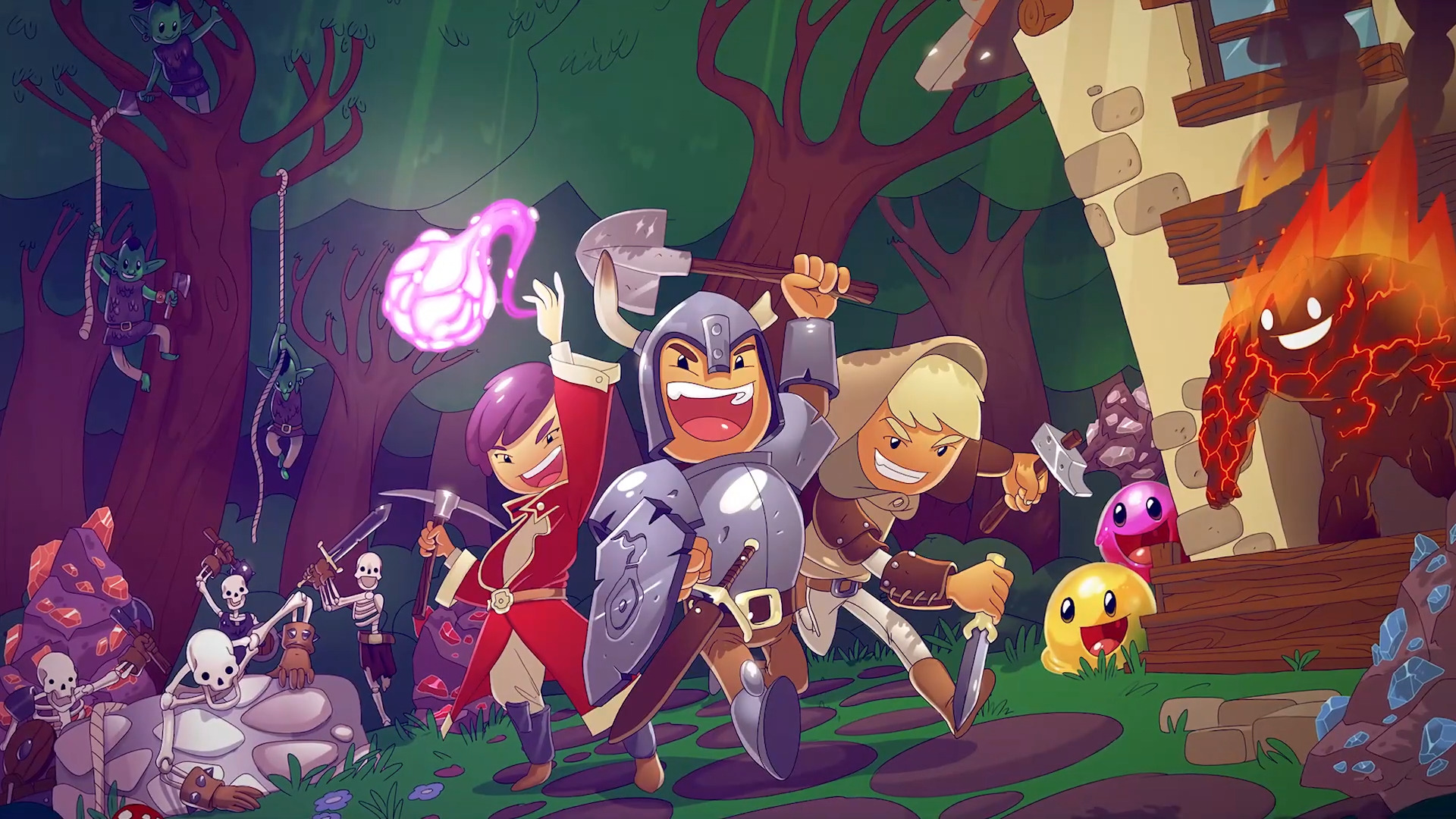 Tinkertown, out on Steam December 3rd, is a brand new multiplayer sandbox experienced. Rendered in a charming art-style, the game takes inspiration from similar titles (Terraria comes to mind) with blocky buildings and dungeon exploration. Join forces with your friends or go it alone to explore the world of Tinkertown.

A demo was released back in September as part of PAX Online, and it was generally well-received by the community. Tinkertown is a wide and varied game, with a number of different environments to explore, the potential to build towering castles or humble huts, and plenty of dangerous dungeons to conquer.

RELATED: Raji: An Ancient Quest - A Fierce Combination Of Ass-Kicking Olden India And Prince Of Persia

Each world is procedurally-generated so no two playthroughs will be the same. The overworld is pretty much peaceful, with forests and deserts to explore. You can collect materials to build your base with plenty of variety in structure style and all sorts of different blocks to use.

Each base can be decorated with different blocks and useful tools, from workbenches to colorful carpets. Tinkertown gives you a lot of the creative freedom that other similar games provide, with all the blocks and decorations rendered in its charming art-style.

You can hunt animals for food and material, explore far-away deserts to collect more interesting items, and eventually stumble across the dark dungeons where the best loot – and strongest enemies – reside.

Before you tackle the dungeons you’ll have to decide which sort of item build you’re going to go for – you can choose from your typical loadouts, like a Wizard or Rogue. Different items and weapons can be crafted from materials or looted from dungeons to boost your strength.

These aren’t set classes and there’s a lot of flexibility with what sort of item loadout you go for. You’ll probably change up your build the further you delve into the world of Tinkertown, with or without the help of your friends.

Each dungeon is primarily combat-driven. After battling your way through the different levels and monsters, you’ll stumble across an epic boss fight. If you can defeat the boss you’ll get better loot.

Tinkertown is coming out on Steam on December 3rd. You can join the game’s Discord or follow the official Twitter to find out more about Tinkertown, and also check back for more details about its PC release.

RELATED: The Developers Of Outlast Just Teased Their Next Project, Which Seems To Be Horror-Inspired And Possibly Outlast 3

Aug 12, 2022 Michael Gunn 220
Id Software has been discreetly reorganizing its enormous Steam catalog of vintage titles. The firm has started combining the numerous Doom and Quake...

Jul 14, 2022 Tom Lee 4020
Attentive Reddit guests noticed the Hogwarts Legacy user interface in the March presentation of the game - it turned out that it flickered there...