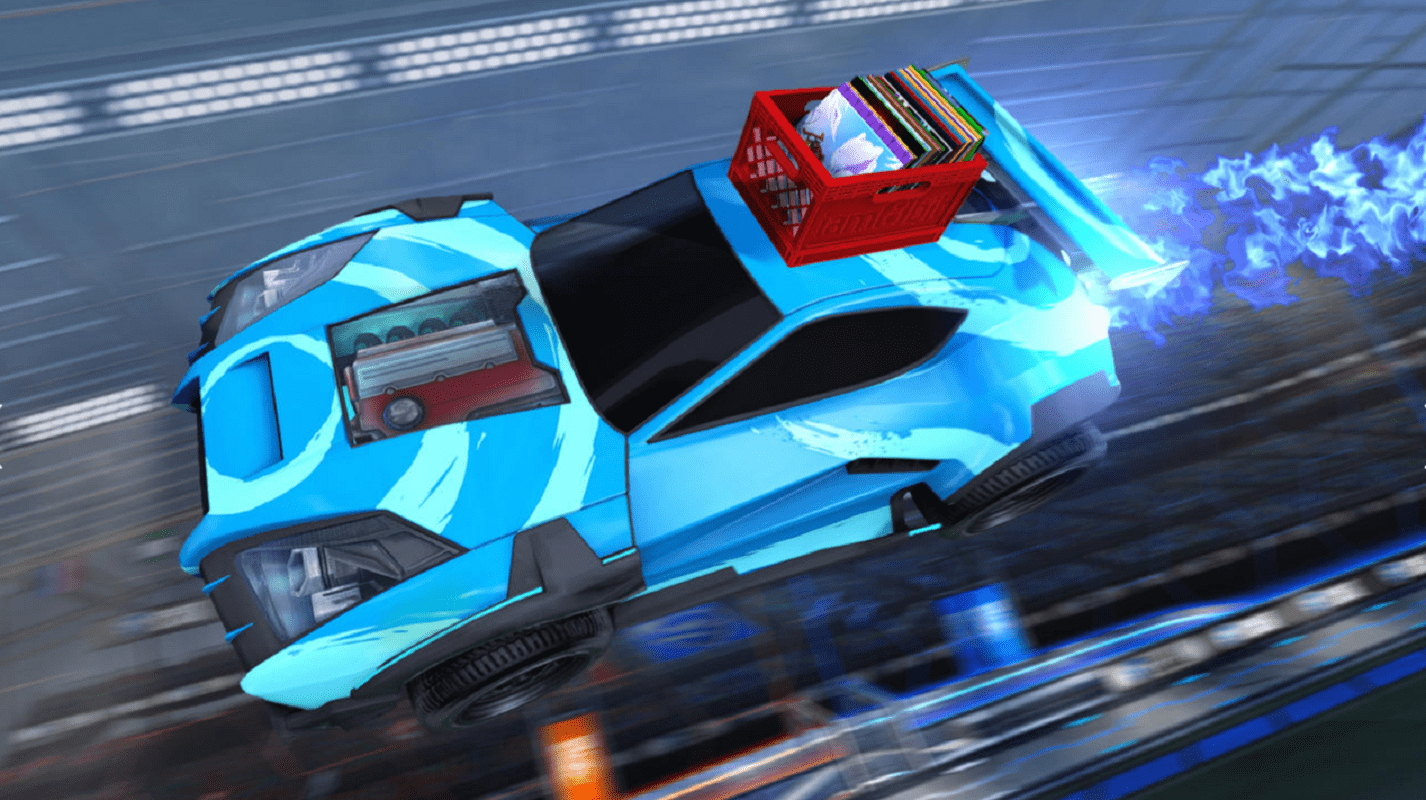 So many exclusive items, so little time! If Rocket League gamers are planning on rocking out to the Rocket League x Monstercat: Greatest Hits vinyl, then they should pre-order it today.

It was announced on November 18th that if fans pre-ordered the record before December 3rd, they would get some a bunch of in-game rewards.

Today is the last day to pre-order the Rocket League x @Monstercat Greatest Hits vinyl if you want the siiick in-game items! Pre-order details below. https://t.co/HSo4BJfq83

There’s a lot of rewards that come with the pre-order, and they are all one-of-a-kind items, including
• Turntable MC Wheels which makes vinyl scratching sounds whenever the vehicle skids
• The Vinyl Box MC Topper, which is a crate with records in it that sits on the top of the car
• Two different Monstercat Antennas.
• A pink “iam8bit” Antenna
• Five different Player Banners that uses the Rocket League X Monstercat: Greatest Hits album art
• The exclusive Disc Jockey Title

Here’s a peek at the exclusive in-game items that come with @RocketLeague x Monstercat: Greatest Hits 2X LP Vinyl on @iam8bit! Player banners, flags, a new title, turntable wheels, and vinyl box top are all up for grabs for a limited time!

Follow the link that’s embedded in this Tweet to pre-order the record, read more about it, and check out screenshots of all the rewards!

The Rocket League x Monstercat: Greatest Hits features 20 popular tracks that were chosen by Rocket League gamers in a vote in October.

Two records come in the package, the Instinct Blue and Uncaged Orange Marble, which will each hold ten different tracks.

The cover features some beautiful Rocket League art as well, so it’ll look good sitting in any collection the Rocket League fan has.

Rocket League x Monstercat: Greatest Hits is selling for $39.99, which is honestly a reasonable price for the quality of record and tracks on it.

The pre-order bonuses definitely make the purchase worth it if someone is a Rocket League fan and enjoys playing vinyl!

There’s a lot of things for Rocket League gamers to be excited for, including the massive Blueprint Update, the return of Spike Rush as a limited-time mode, and the start of Rocket Pass 5.

Update: Bandai Namco's My Hero One Justice 2 Is Set To Launch March 2020, With Story Mode For Each Characters

Sep 27, 2022 Tom Lee 120
A portrait of Mimikyu by a gifted Pokemon enthusiast, painted by hand on a tiny canvas, has received nearly universal praise. It's no secret that the...

Sep 26, 2022 Tom Lee 720
Even more cutscenes and the Squid boss fight from the demo for Sonic Frontiers have been leaked. In addition, fans may get a taste of games like this...