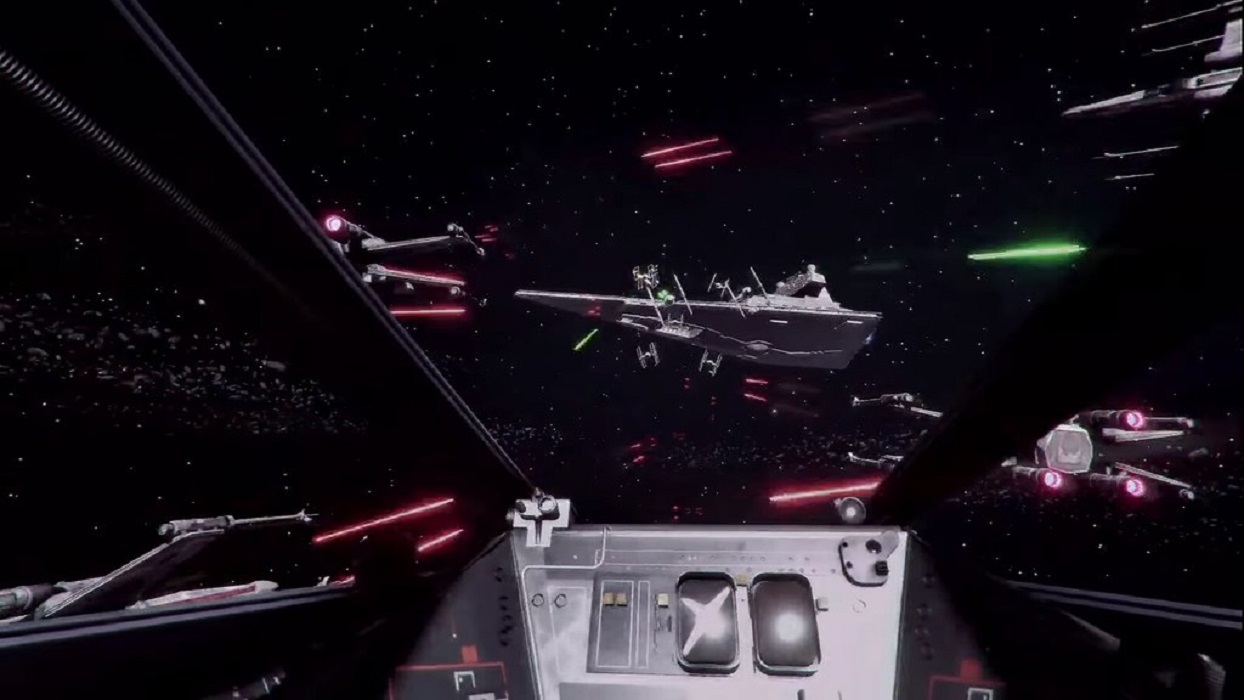 Star Wars fans have been fanatical these past few days, as so many announcements have been happening lately. A trailer for the latest movie was shown, which created so much buzz overnight.

It only makes sense that a new video game would be teased, and much to many people’s delight, it was. We now know there will be a new Star Wars VR title launching called Star Wars: Vader Immortal. That’s right. This iconic series is coming to VR headsets.

The game is currently being put together by Oculus, ILMxLAB, and Hellblade dev Ninja Theory. The VR title will give you the chance to wield lightsabers like never before.

The trailer for the game has only been out a day, and already, it’s sending fans over the edge in excitement. We see the brief glimpses of the environment that you’ll get to explore first-hand. It appears to be around Vader’s home planet, Mustafar.

You have been chosen by Vader himself to carry out a special task, although its exact nature isn’t known. One can only assume this task will be revealed as you progress deeper into the story.

There will be a total of three episodes, each taking roughly one hour to complete. It seems like these episodes won’t be the most in-depth VR experiences, but should still provide some fun. This is particularly true if you’re a fan of the series and have always wanted to master the art of lightsaber combat.

You’re not alone on this journey either. You have assistance from a trusty side-kick, an android called ZOE3. We seem him take down several enemies using stealth-based attacks in the trailer. Since it appears you start off captured, he’ll probably have a huge role in getting you out and setting you off on your journey.

There have been reports of players having access to a combat training arena, where you’ll be able to practice your lightsaber skills. Speaking of lightsabers, they look fun to control from what was shown in the trailer. You can block attacks from enemies, as well as send gun beams back the other direction. Reflexes will be key in defending against enemy attacks.

Not much is know about the actual story, but the gameplay does look promising. The first episode of Star Wars: Vader Immortal will be available sometime in the summer for the Oculus Rift and Oculus Quest. If you have either headset, this VR game seems like a must-own title.