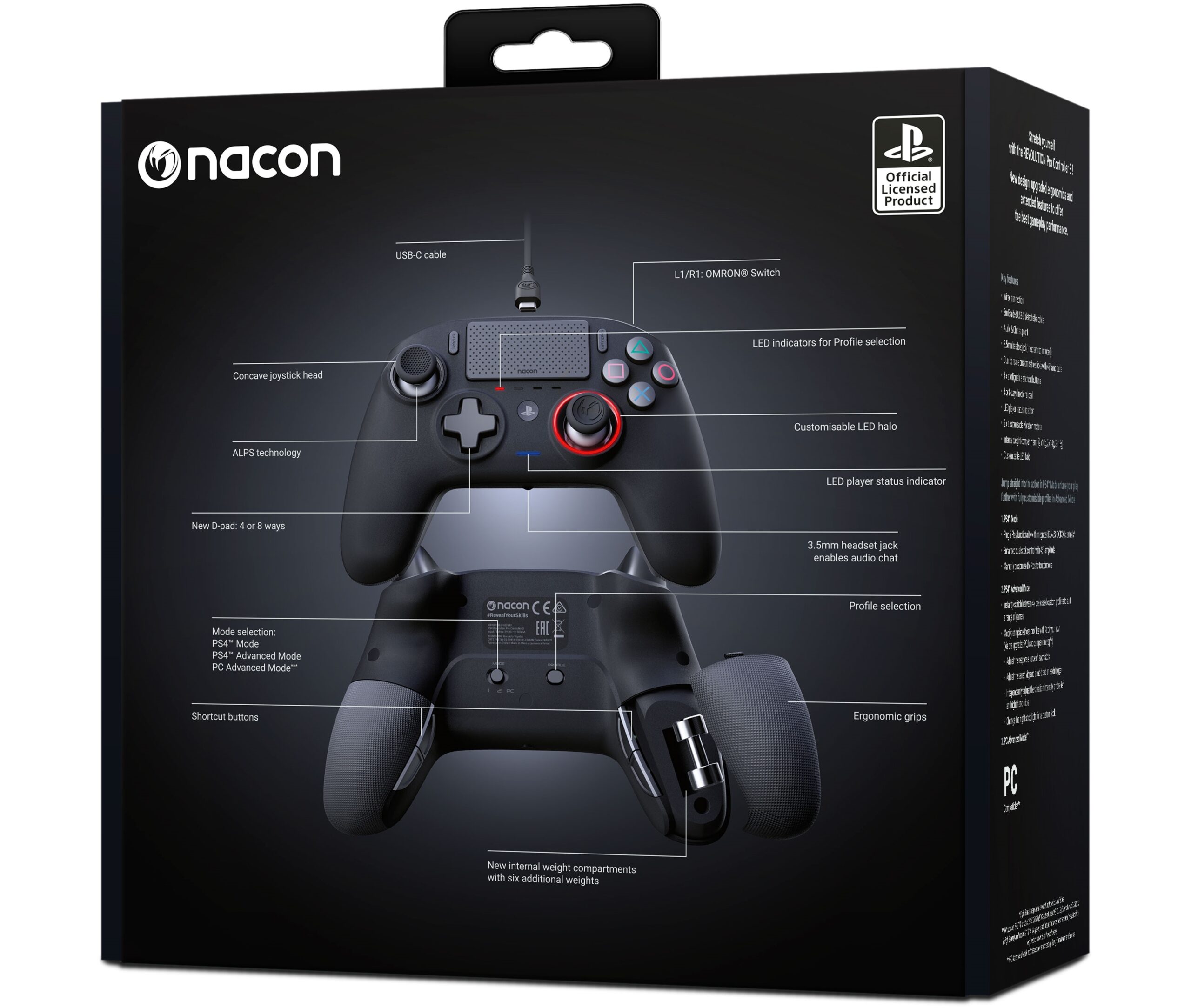 After having read angry comments on the PlayStation Europe official YouTube channel concerning the new Navon Revolution Pro Controller 3, that launched late last year, I think it’s time we had a thorough review of this controller.

Also, knowing that Nacon had already launched two successful controllers (Nacon Revolution Unlimited Pro and Nacon Asymmetric Wireless Controller) that seem to be better than the Nacon Revolution Pro Controller 3, why did they release this one?

It’s not a bad controller, in fact, not in any form or shape at all. However, the problem is in comparing it to its superior, which is also more expensive, Nacon Revolution Unlimited Pro.

The Price?
To start with, the fact that the Nacon Revolution Pro Controller 3 comes at a high price turns most avid gamers off. You sure would be paying $100 or £90 for the controller. However, you may say it’s cheaper than the Revolution Unlimited Pro, as mentioned earlier, but it lacks one essential feature, which makes the typical Pro controller remarkable. Well, as you may have guessed, Wireless compatibility.

Wired
Unlike the Revolution Unlimited Pro, PlayStation, or Xbox controller, this particular controller was built to be wired. This may not seem important, but when sitting at a distance, then suddenly, you wish it had support for wireless control, especially if you want to crossplay between PC and PS4.

However, the cable is 3 meters long, so that may not pose much concern. Also, it’s a thick twisted cable, so no worries for damages or getting caught.

Also, it has the same quality as its predecessors, sturdy, and durable. There’s an option for next-level customization where you can put on weights and take of the grips if you decide to for a weightier feel. Besides, I think every excellent controller should have this in-built.

Not so “Sensor Lights”
Now talking about lights, the purpose of the LED light around the joystick is to inform you of the particular setting the controller is on. Besides, Nacon’s officially licensed controllers’ still lack some essential features like controller audio and light bar.

But it detects the character you are during gameplay, a feature that got adopted from the DualShock 4.

Weights
While you still get the extra weight as with the Nacon Revolution Unlimited Pro, the accessories and controllers aren’t that similar in standards. For instance, there’s no plastic case for the weights, instead what you get is a cardboard box.

Another one is the convex caps designed for your joysticks; you don’t get it as well. What you get is a sturdy case for the whole package, which houses the controller, cable, and cardboard box of weights.

Buttons
The build is quite the make, and you would expect a premium outing. It is stable, feels sturdy, and the plastic shell that feels like the helmet of a juggernaut. As for the buttons, you’d surely not make a mistake when tapping because they’re made to be more significant and visible throughout.

Well, there’s a catch. It’s so easy to push, which can mean actions for your characters you didn’t intend or anticipate, which could further lead to quick deaths. However, the button’s sensitivity to touch depends on how you grip the controller.

From the documentation, two of the four buttons essentially act as substitutes for pressing the analog sticks. So if you plug it on to your PC and set the dials to something else, there’s a possibility you could detonate a grenade when least expect it.

Still, the customization is one feature that makes the Nacon Revolution Pro Controller 3 another remarkable creation. This feature lets you customize your profile to the tiniest detail.

Now that they’re new controllers and more coming out, what will you the gamer do? You can weigh the difference and price before picking which controller you’d go with.