The Party Gets Hardy In Disney Tsum Tsum Festival, Out Now On Nintendo Switch 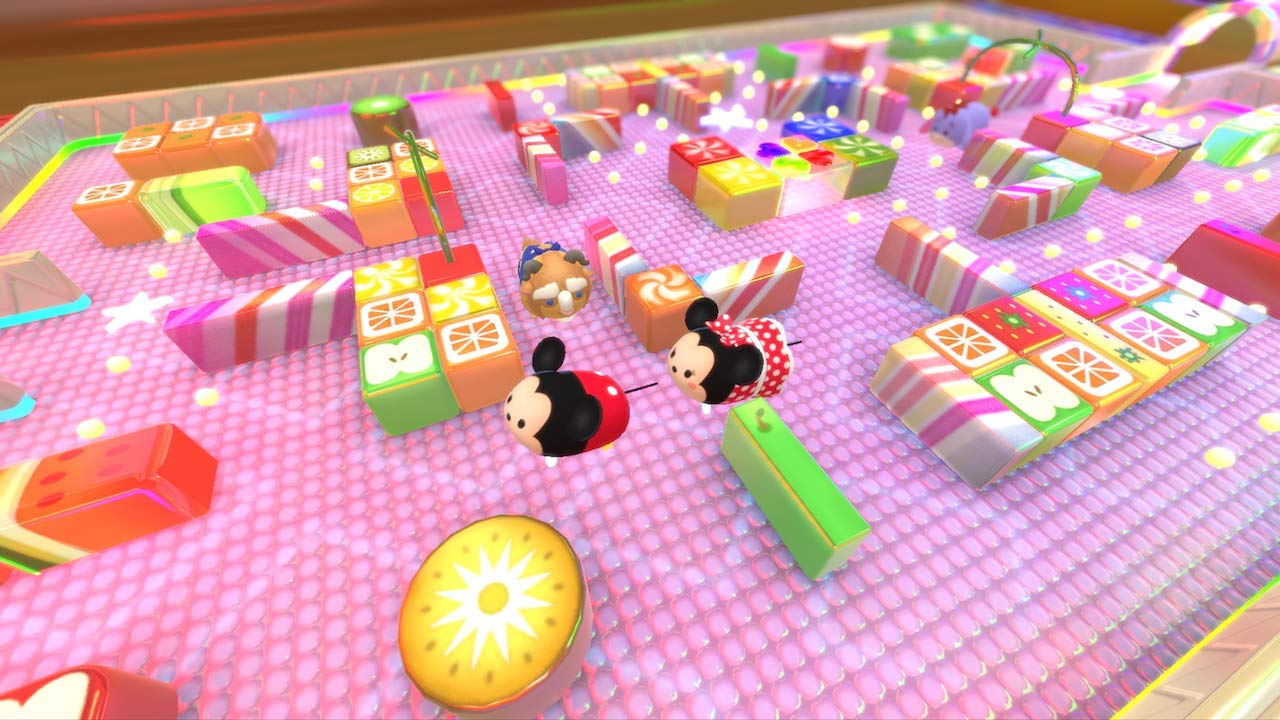 A bit of backstory: Disney Tsum Tsum started out as a free-to-play mobile game where you try to clear rows and columns via matching three or more characters. What set this little match three venture apart from many others? Disney, Pixar, and Star Wars characters, in the design of really cute plushies. Players only had a minute to clear as many as they could, and a Fever Mode was rewarded for clearing large amounts at a time. Addictive, adorable, and surprisingly intricate for a simple puzzle, it made waves on iOS and Android.

There’s an original Japanese version and a global release version. As you might expect for a free-to-play game, it’s rife with microtransactions and further incentives to spend money, like an ‘energy meter’ that limits the times you can play in a set period. It also features gacha elements, meaning that, while all Tsums can be unlocked without spending in-game currency, the cycles change frequently, and some are released in limited cycles, with some having even been eliminated entirely.

Disney Tsum Tsum Festival has done away with all that, a good move considering it costs money up-front. And it’s not just the original Disney Tsum Tsum available; ten mini games join in, such as air hockey, curling, a rhythm game, and even a roller coaster game to pump up the fun even further.

Technically Disney Tsum Tsum Festival isn’t just a puzzle party arcade game; there’s a collection aspect, too, in regards to the original Tsum Tsum. As you progress through, you’ll unlock other characters to use in the original Tsum Tsum game, and they have their own special skills to lend, such as Mickey Mouse clearing out a large portion of the center when matched. The game actively encourages you to gather up as many as you can, and doesn’t penalize you for not having certain ones, so there’s little to no risk of the game arbitrarily “walling” you.

Further adding onto the list of pluses for this party, online multiplayer is being added. Whether you’re a part of the couch crowd or want to take things worldwide, there’s something for everyone in this adorable endeavor.

Disney Tsum Tsum Festival is out right now on the Nintendo Switch.