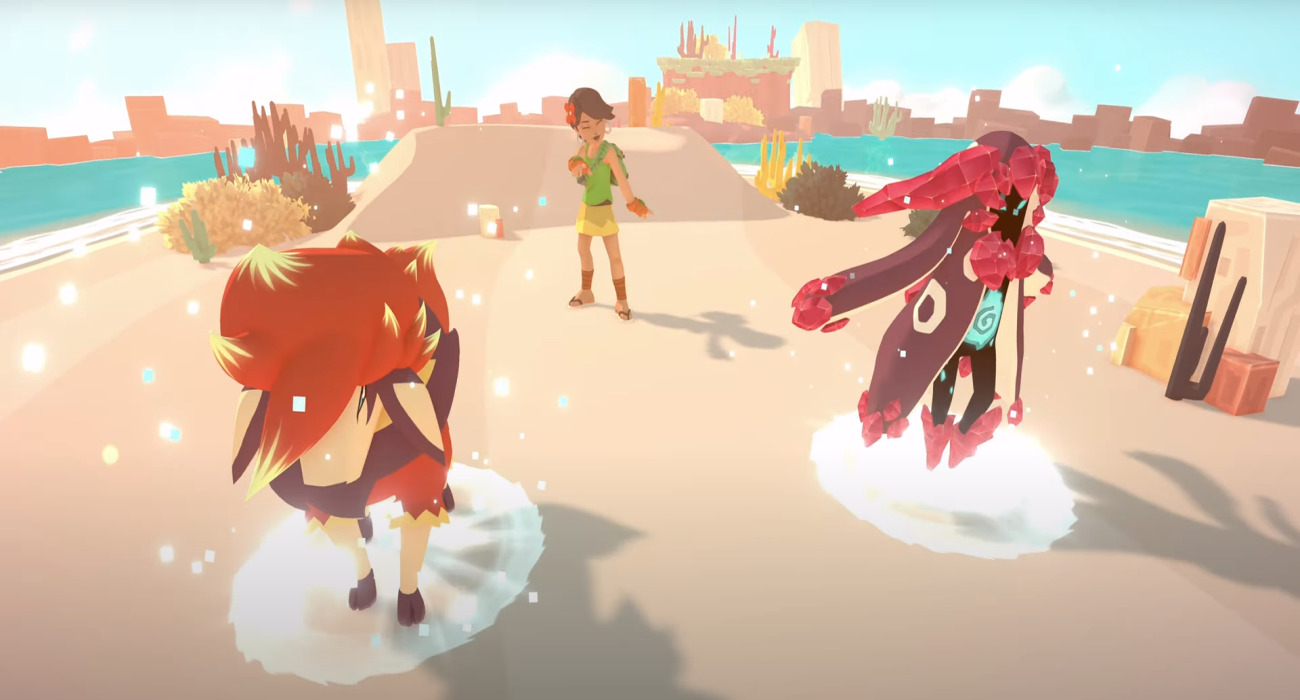 The PlayStation 5 has now been out for several weeks. For those that have been lucky enough to find the system at a decent price, they have been pleasantly surprised with the next-gen console as a whole.

A huge highlight has been the DualSense controllers, featuring haptic feedback that adds a new level of immersion. It’s a nice feature to compliment a powerful system, but what many still care about the most is the game lineup.

Considering the PS5 hasn’t been out for very long, the library isn’t that impressive at the moment. However, you can add Temtem to the growing list of games that are available for the system.

It’s a massive multiplayer game where players try to catch creatures known as Temtems. They’re pretty much like Pokemon. Even the way you train them works a lot like the Pokemon franchise. That’s not a bad thing either. This franchise is loved by many so it’s only natural that developers would come in and implement the same successful recipe.

When you’re not catching all kinds of Temtem in this online multiplayer game, you can engage with other trainers, explore different regions, and trade with others to your liking. The open-world design gives you plenty of regions to explore. All the while, excitement builds as you never know what creature you’ll run into next.

And if you like customization, Temtemhas got that in spades. You can customize your character with different outfits and even decorate your own house. That gives this game a lot of appeal for those that like showing off their own personal tastes.

You can play this game alone or co-op, where you and others can go on missions and battle the eight dojo leaders. The possibilities are endless regardless of your particular playstyle preference.

Based on reviews, it doesn’t look like Temtem takes a hit for having a very similar recipe to Pokemon games. A lot of elements are similar, but there are some distinct details that make this game stand out on its own.

If you have a PS5 and are looking for something new to play before the bigger releases come out, Temtem might be just what you need. It’s definitely a title you want to check out if you’re a fan of creature-catching titles with open-ended environments. You’ll find all kinds of creatures and characters to interact with each time you come back to this online multiplayer.

Labyrinth of Legendary Loot Is A New Turn-Based Dungeon Adventure

Dec 8, 2020 Jeremy Green 3770
The PlayStation 5 has now been out for several weeks. For those that have been lucky enough to find the system at a decent price, they have been...

Aug 7, 2020 Harry Alston 18010
Temtem has been available on Steam in Early Access since January this year. It was announced this week that the game will make its way to consoles in...

May 30, 2020 Chris Miller 6500
Temtem showed up looking ready to smite the aging Pokemon franchise into the ground as GameFreak seemed to continue to struggle with iterations and...