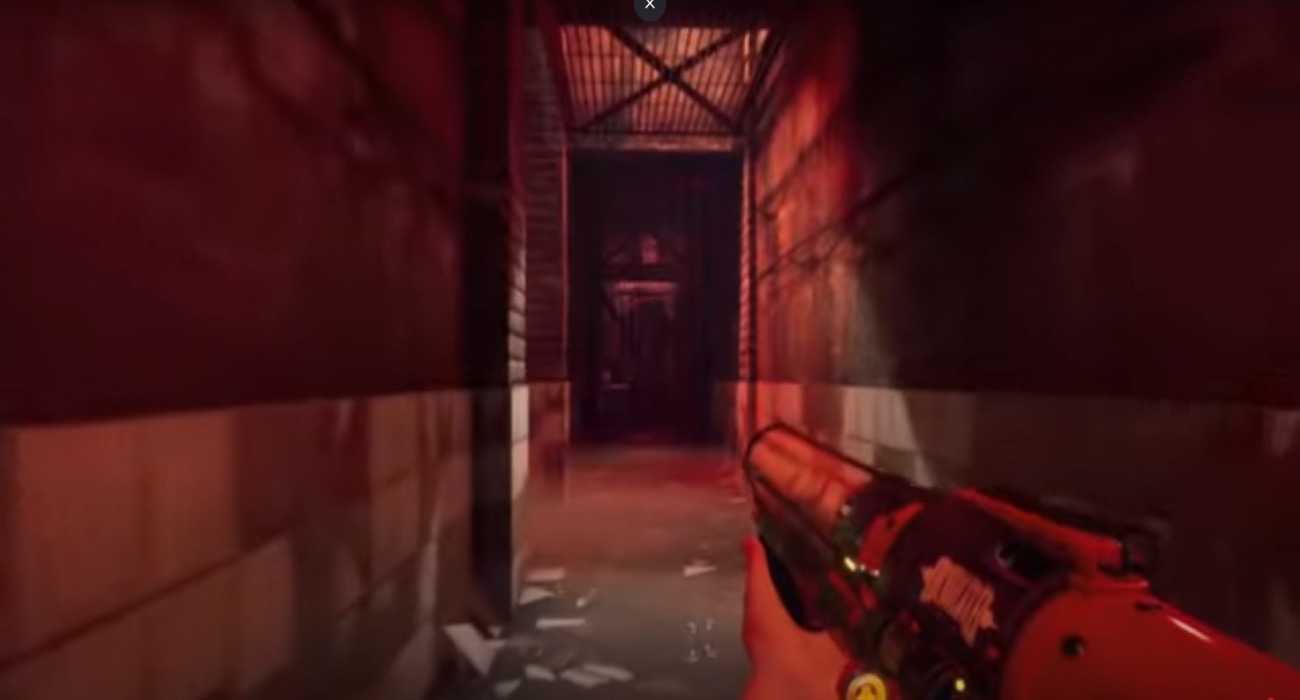 It’s not often when a publisher teases a game for the first time and then goes on to reveal it’s out now. When this happens, it gets gamers excited because they don’t have to wait months to check out what they just saw.

This just happened with Devolverland Expo, a marketing simulator that was developed by Flying Wild Hog. It’s officially out now on Steam for free and so far, it has received very positive reviews. The publisher Devolver Digital didn’t spend months hyping it up. Instead they decided to surprise release it in what seems like a brilliant move on paper.

So what does this marketing simulator involve and is it worth your time? Let’s find out. First lets pivot our focus to the game’s main concept. It takes place around an abandoned convention center. It was going to be the venue for the Devolver Digital game expo.

Unfortunately, it was mysteriously cancelled. You’ll have the chance to break in and acquire items and materials that were supposed to be shown throughout the gaming expo. All the while, you’ll have to spend time being cautious and avoiding security.

It’s a pretty interesting concept on paper. Simulation games always have a unique flavor compared to FPS and RPG games. They focus on realistic settings and gameplay elements, which help immerse players in whatever tasks they’re trying to complete.

Some of the items you’ll be able to collect in this convention center include gameplay demo videos, trailers, and other secret items. These things are coveted by gamers during major expos. It’s their chance to see what’s on the horizon in the gaming industry. In Devolverland Expo, you’ll have the chance to get a sneak peak before anyone else.

In terms of the gameplay itself, it actually looks pretty exciting for a game labeled a marketing simulator. Based on the trailer, it looks like you’ll be walking around various sections of the convention center with some sort of beefy air-pressure gun.

You’ll be able to use it to disengage security systems and knock down hovering security cameras looking to put a stop to your adventure before it has the chance to really begin. In this way, Devolverland Expo kind of plays like a first-person shooter.

Sure, the developer hasn’t given you bullets and heavy firepower to neutralize enemies, but surprisingly, the air gun looks pretty fun to use. You can experience all of this action right now for free by heading on over to Steam.

Overwatch's King's Row Has Been Recreated In Minecraft: Anyone Up For A Quick Match?

Mar 5, 2021 Harry Alston 5880
Loop Hero is Devolver Digital's latest indie offering, and it jumped to the top of the Steam best seller's list on its release day. Developed by...