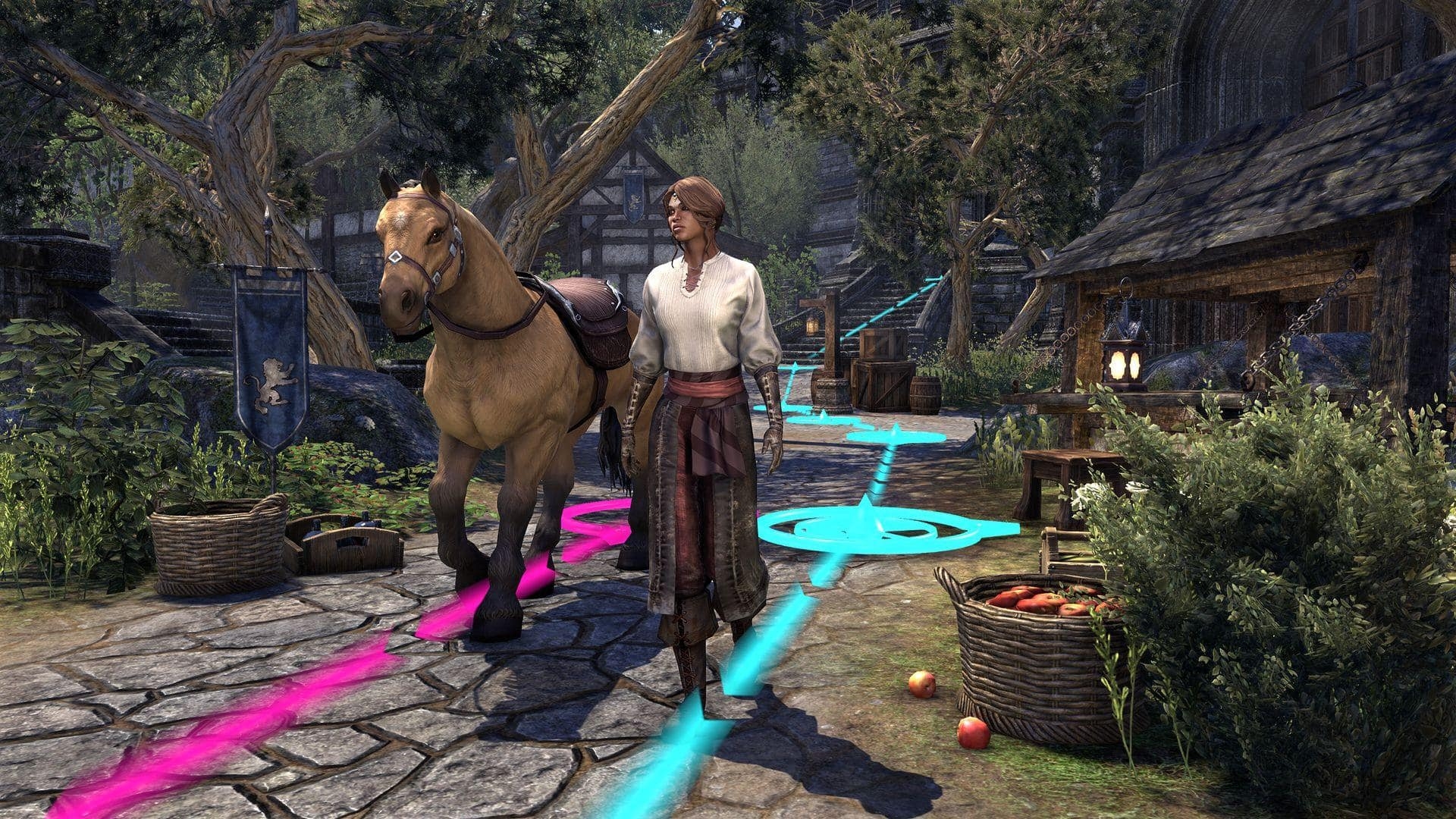 The Elder Scrolls Online added player housing a few years ago. The update allowed players to take a break from the battle with a space of their own. Now the ESO team has announced a new tool coming with Update 27.

The Character Pathing tool is meant to make home feel homier. Players can specify unique paths for characters, assistants, mounts, and pets to follow throughout their home. Characters moving around on their own adds more realism to the game, and role-playing characters can add more to their stores.

The Character Pathing tool combines accessibility with creativity. The tool was developed to allow players to immediately jump into creating custom paths without a lot of prior knowledge. To start, players will need a house. The free room inside of the inn after completing the initial housing side quest will likely be too small to take full advantage of the tool.

Players can get started with the new tool by entering their home. Target the character or animal of their choice, then “Create Path” within the housing editor. A node will appear under the selected character and the end of the node is in the player’s hand. Players can then create a path of their choice.

With Update 27 you’ll be able to give new life to your #ESO home with Character Pathing! Read our developer preview to see how the system will work: https://t.co/nbf1E0Hghe pic.twitter.com/CHqoxpolb5

The character or animal will walk between each node automatically. Players can further customize the tool by adding wait times and how fast the character approaches each node. After characters teach the end of the path, they can walk back in reverse, loop to another path, or walk randomly between nodes. According to the team, the new tool is similar to placing furnishings. Since some players have several additional characters, all paths have unique colors.

Paths don’t have to focus on the ground. Players can set nodes in the air or through solid objects. It will take some creativity, but it’s all up to players of how they want to (or not) use the new Character Pathing tool.

Regarding the upcoming tool, one of ESO’s Systems Designers, Cullen Lee, stated:

My hope is that people will try it out for themselves, and share their thoughts and creations. There is no right or wrong way to use it, so have fun! We at ZOS may have built the system, but it’s what you all do with it that gives it meaning. Seeing what you build is the best part of my day.

Update 27 is now available for PC/Mac and Google Stadia, along with the Stonethorn DLC. The update launches on September 1 for PlayStation 4 and Xbox One players.