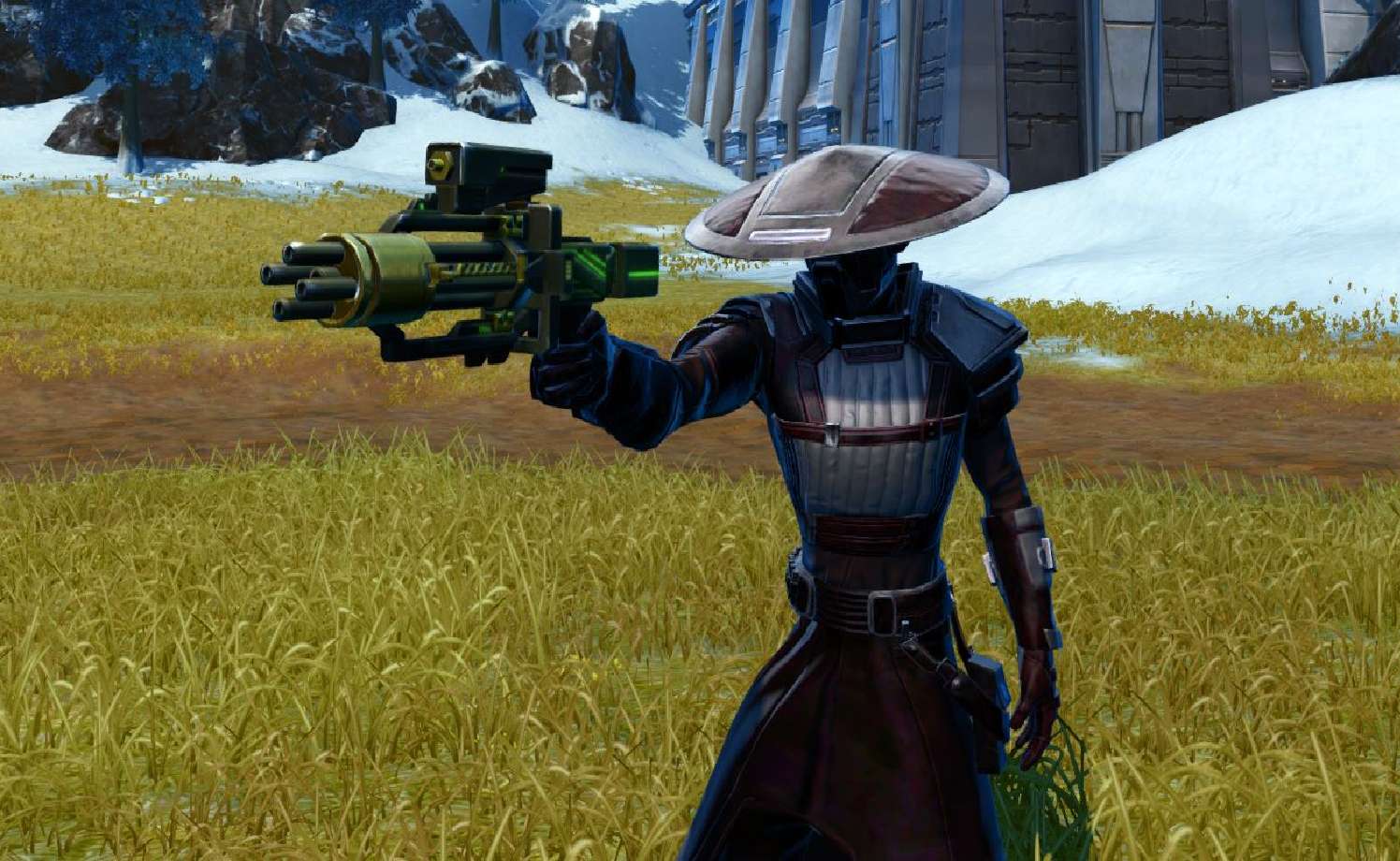 It’s time once again for Star Wars the Old Republic to bring in Bounty Week, and it’s a great way to start the New Year and New Decade. As an event that brings players across the galaxy to hunt down their prey, players get to see the different planets that the game has to offer.

Bounty Contract Week is an event that begins on both the Republic and Imperial Fleets, with the quest giver being a carbonite block. Players click on the block to get the quest, then head down into the Cartel area of the fleet to pick up the bounty hunting quest. From there, players, so long as they’re level 15 and above and have their personal starship, can pick up bounties to hunt down and either kill or freeze and return to the bounty terminal.

But players should beware certain bounties if they’re low level. Each bounty is tied to the level of the planet they’re located on, so a level 15 player will not do too well on a bounty on planets such as Alderaan, Corellia, and other high-level worlds.

Players will also need to consider that the event rewards are based on Reputation. So players will need to turn in their bounties in order to gain Reputation so they can purchase the rewards from the event. Some of the event rewards that players will be able to get their hands are on are the Bounty Tracker’s Armor Set and Contract Hunter’s Armor Set, the Assassin’s Bowcaster and Elite Tracker’s Bowcaster weapons, the Lobelot, Swamp Kell Drake, and Drink Server Probe Mini-pets and the BH-7X Custom Hunter Mount, just to name a few.

The important thing to remember, however, is that the bounty week event is only for a limited time. Starting on December 31, 2019, and lasting until January 7, 2020, this event begins and ends at 10 AM PST on both days. So if players want to start building their reputation with the Bounty Broker’s Association, or BBA, they’ll need to get to work on completing those bounties.