Square Enix is celebrating the 20th anniversary of Vagrant Story with the release of two figures. The company has announced Bring Arts figures of the game’s protagonist Ashley Riot along with the antagonist Sydney Losstarot.

Vagrant Story was first released by Square Enix in 2000 and celebrated its 20th anniversary this year. The posable figures replicated both characters with great detail and ensured the paintwork was similar to their in-game renders. The figures also contain realistic textures with a special grain process.

The figures are sold as a set for around $260 plus shipping. Ashley and Sydney both stand around 6 inches tall, without including the protagonist’s gravity-defying hair.

Each figure contains a clear plastic base so the characters can perform dynamic poses. The figures will have interchangeable hands that hold different weapons, as well.

RELATED: Original Kingdom Hearts Games Will Release On Xbox One For The First Time Ever In 2020

The weapons include three different variations for each character. They include Ashley’s sword and crossbow and Sydney’s sword and dagger. Buyers can also swap out the character’s faceplates with serious or neutral expressions.

The set is accompanied by a keychain of the Holy Win, which is the strongest greatsword in Vagrant Story. The keychain is silver and has a clasp if one wants to attach it to their keys or zipper pull.

Those interested in purchasing the set can do so now from the Japanese Square Enix website. The store may not be shipping outside of the country at this time, but there are other authorized retailers currently offering the figure set for preorder.

Vagrant Story was first released on the PlayStation in 2000. The game was later re-released on the PS3, PSP, and PS Vita. The game is an action-RPG title starring Ashley Riot, a member of the Valendia Knights of the Peace, who is on a quest to find Sydney Losstarot, leader of the Müllenkamp religious cult.

While a Vagrant Story 2 is not in development, a fan asked designer Yasumi Matsumo about what if Square Enix did greenlight a sequel, and if it would star the first’s game protagonist. Matsumo shared a brief prologue in Japanese about his proposal for the game in the replies. 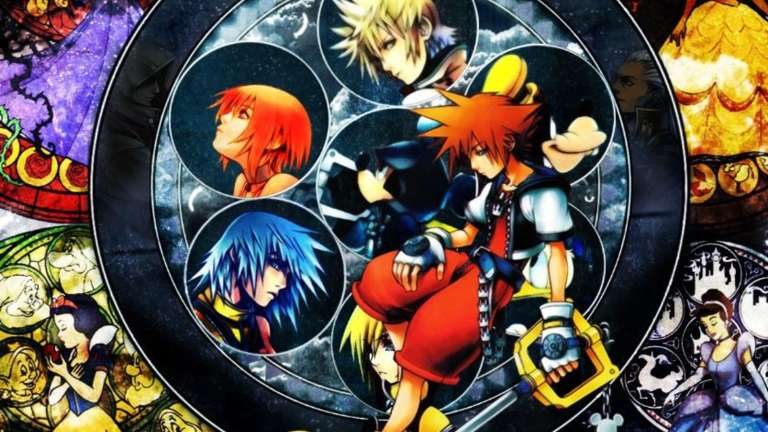 Oct 7, 2022 Tom Lee 2760
Earlier's presentation of Kingdom Hearts 4 was a massive shock to the fan community. It was revolutionary how the unveiling trailer showed a more...