The First Statue In The New Square Enix Masterline Brand Features NieR: Automata’s 2B, 9S, and A2 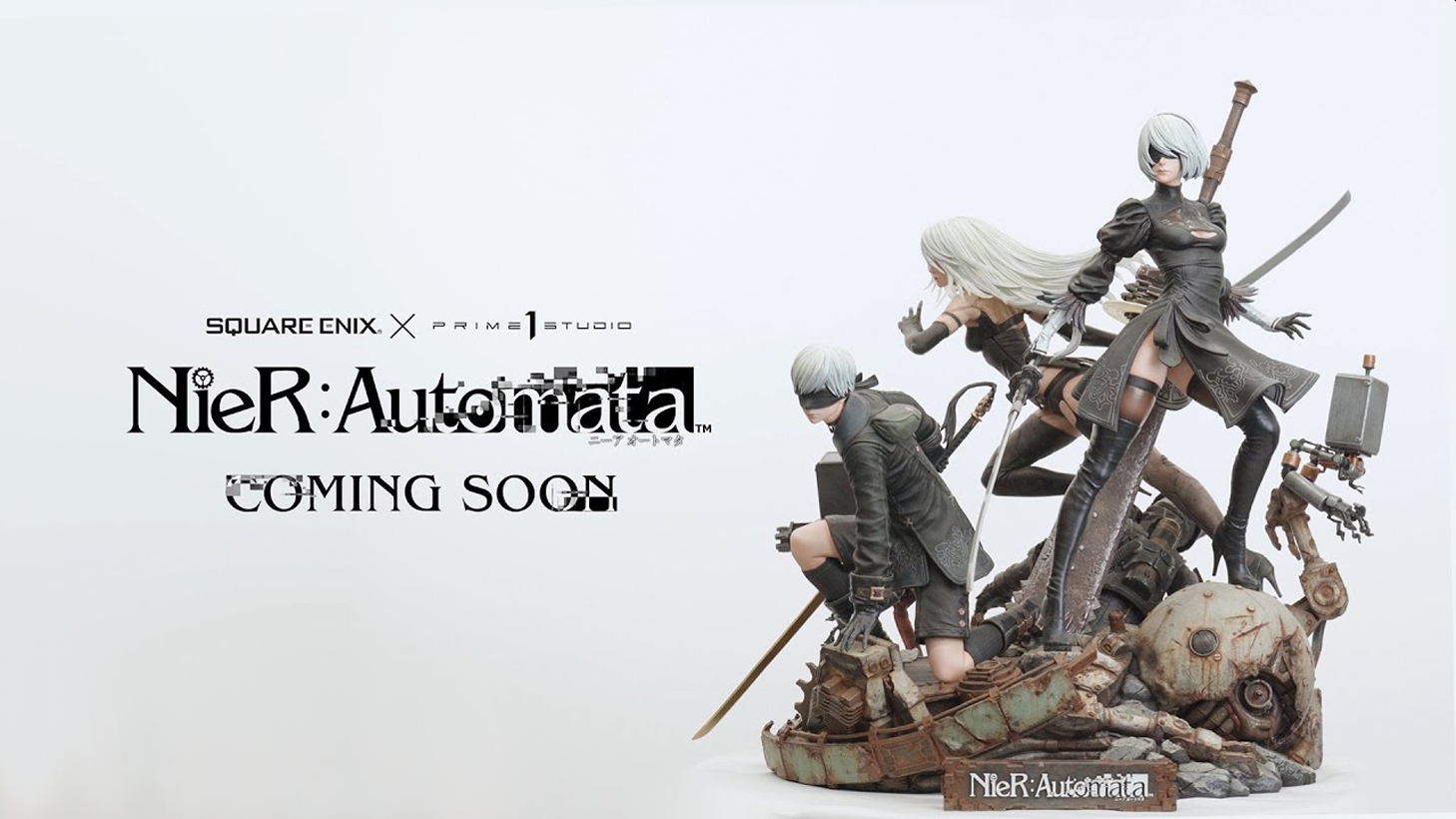 Square Enix has revealed a stunning new statue featuring NieR: Automata’s 2B, 9S, and A2 to celebrate the franchise’s 10th anniversary. The statue is also the first in Square Enix‘s new Masterline collection.

The statue reveal was made in a two-minute teaser trailer that showed off the intricate detail of the statue in both the sculpture work and paint detail. The statue itself was created by Prime 1 Studio, a company known for its high-quality statues with a price point to match.

The upcoming Masterline statue is 1/4 scale, which is quite large compared to other statues. 2B is standing in front, holding her sword, while A2 dashes behind her. In between both characters is 9S, who is kneeling, plus Pods 042 and 153. The piece is a brand new work and has never been released as a statue before.

The trailer combines scenes from the game plus designers working to recreate the statue in 3D form. Instead of a sculpture carving the statue, the design was created using computer software. The finer details are all hand-painted.

RELATED: Geoff Keighley Explains What He Thinks About The PlayStation 5 DualSense Controller

NieR: Automata was first launched in 2017 and is a sequel to the 2010 game Nier. At first, it was only released on PlayStation 4 and PC but was later ported to the Xbox One as NieR: Automata – Become As Gods Edition. The game was well-received for its unique story and cast of characters.

Some are speculating that the Masterline statue will cost around $1,000, but Square Enix hasn’t confirmed anything yet. The NieR Anniversary has announced other collectibles that are more wallet-friendly. They include a Play Kai Arts articulated figure of 2B. The figure comes with a standard model and a Deluxe toy with multiple accessories, including two swords.

Good Smile Company has just announced a smaller, but adorable Nendoroid of 2B, who comes with two different face plates, accessories, and more. The Nendoroid is currently available for preorder but won’t be released until next year.

As for new games, Square Enix has previously announced that the mobile game Nier: Re[in]carnation will also see a global release. Nier: Replicant is also getting a remake called Nier Replicant ver.1.22474487139. Neither titles currently have a planned release date.

Unfortunately, there’s no information on when Square Enix plans on releasing the statue. The trailer only states, “Coming Soon.”

Feb 7, 2021 Lisa Nguyen 7590
Square Enix has announced the release date for the upcoming mobile game NieR Reincarnation. The company is handling the publishing, while Applibot...