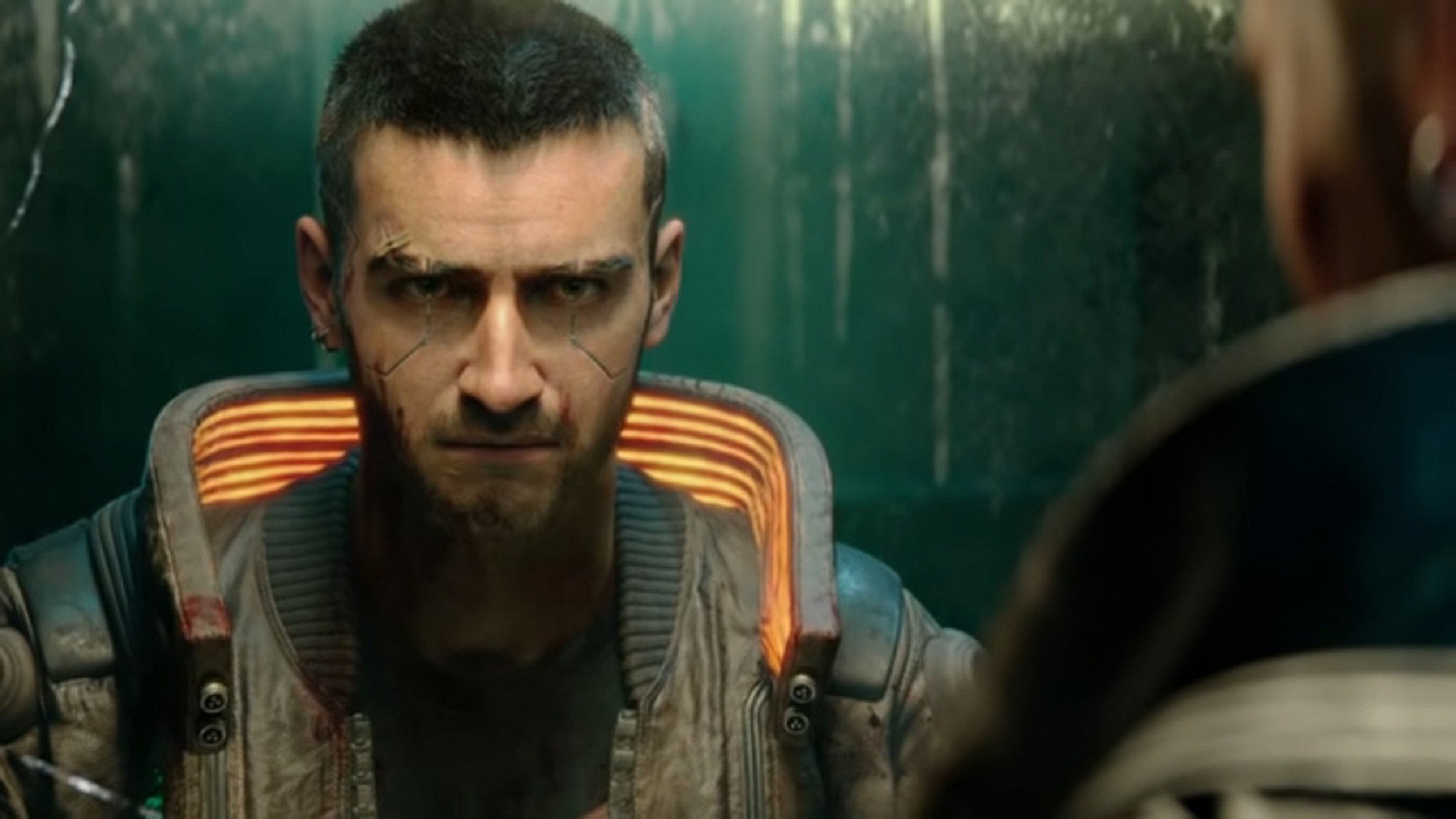 For a game that doesn’t even hit shelves for another four months, Cyberpunk 2077 sure has a heck of a following. It’s because of that following that there’s been an onslaught of merchandise based on the game. We’ve seen a card game, a board game, a Minecraft recreation, and now a quartet of action figures, though read on and find out why “quartet” might be stretching it a bit.

While there’s no way that he’ll prove to be the most popular of the action figures, it just feels right to showcase V first, as he’s the protagonist of the upcoming game from CD Projekt Red. While in the game players will have the ability to customize V fairly extensively, the 7″ figure is based on the “default” look of the character, which can be seen in the trailer below.

The figure comes with a base, katana, submachine gun, and pistol, and sports 22 moving parts. Unfortunately, while players will be able to play as a female V in the game, there is no corresponding female action figure. It’s a bit of a frustrating omission, especially when you consider the other three figures in the line.

Johnny Silverhand made his debut at the tail end of the Cyberpunk 2077 E3 2019 trailer and gamers went through the roof when they learned he was portrayed by none other than Keanu Reeves. To say that Silverhand is the surprise star of the game is an understatement, which is undoubtedly why he’s getting not one, not two, but three separate figures.

While McFarlane Toys is technically putting out four separate Cyberpunk figure sets, two of those are simply a pair of identical 12″ Johnny Silverhair figures with different accessories. One comes with a guitar and a bottle and the other comes with a gun and a sports bag. It’s hard to justify two separate price tags for such a minor difference. The other figure is a 7″ Silverhand that comes with a guitar, guitar strap, a bottle, and an interchangeable “rock-on” hand.

The figures look awesome, which isn’t surprising given McFarlane Toys’ fantastic track record, but the lack of a female V figure is disappointing, especially considering the three Silverhand figures. We all get it, Keanu Reeves is breathtaking. Still, it stands to reason that a fair amount of players are going to choose to play as a female V when the game hits in April, and those players probably want a figure that looks remotely like their protagonist.