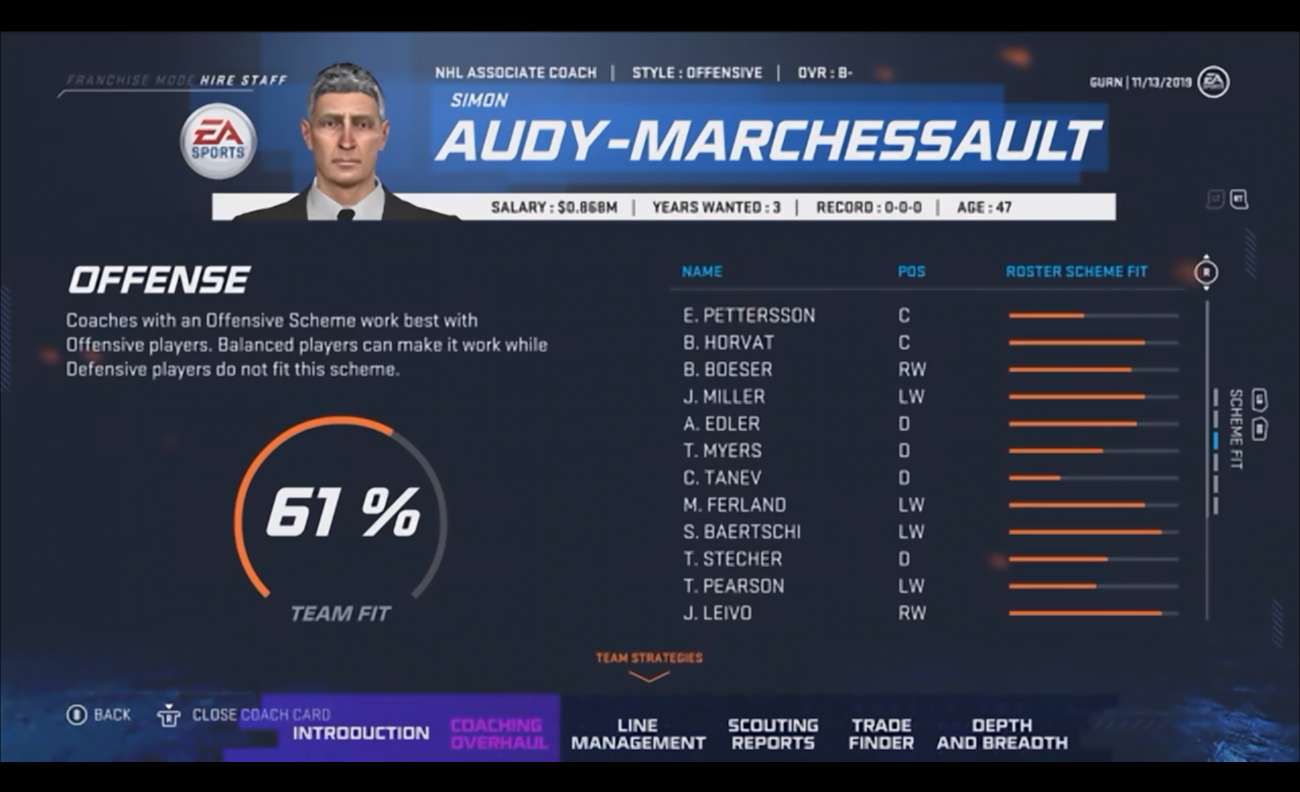 EA’s NHL series has been a staple for the sports genre of video games. The series has dominated the market — in fact — thanks to dedicated developers constantly pushing the envelope in terms of features and modes.

We’re now approaching NHL 20. The fact that the series has made it thus far is pretty incredible, and by all accounts, it doesn’t seem like the developers at EA will be slowing down any time soon. This upcoming ice hockey simulation game currently is set to release September 13 on the PS4 and Xbox One.

To get fans excited for its upcoming release, EA has decided to showcase some information on this latest installment. More specifically, the franchise mode was highlighted. It seems like a lot of improvements are coming this year. For example, the franchise mode will now have coaches. They’ve always been integral to the success of real-life hockey teams today, and their addition should make the franchise mode that much more realistic.

At the beginning, you’ll have the chance to select quite a few different coach models. Each one has distinct attributes relating to powerplay, penalty kill, teaching, influencing, offense, and defense. Right away, the diversity of skills should give you plenty of leeway as far as how you coach your team. Do you want to be offensively focused or take pride in stellar defense? It’s completely up to you. Never before have you had this much control over your hockey squad.

Just like the players, coaches will have a morale. It’s affected by gameplay performance and relationships with players. You thus have added incentive to stay involved with your team so that they perform up to their full potential.

What’s pretty incredible is that players who retire have the chance to become a coach. So after a long and storied career, one of your favorite NHL players may end up behind the bench coaching a team to victory.

Additionally, coaches can be fired and hired at any time. The former will depend mostly on performance. A losing streak doesn’t look good and could make the coaches’ philosophies and attitude look questionable.

The scouting report system is also receiving a major upgrade, which will affect how you recruit new talent to your time. It seems to be more in-depth than it has ever been. There will now be amateur and pro scouting reports.

Overall, these new additions to franchise mode are great to see — especially if you’ve been a fan of this series for a long time. They should elevate the series to new heights.