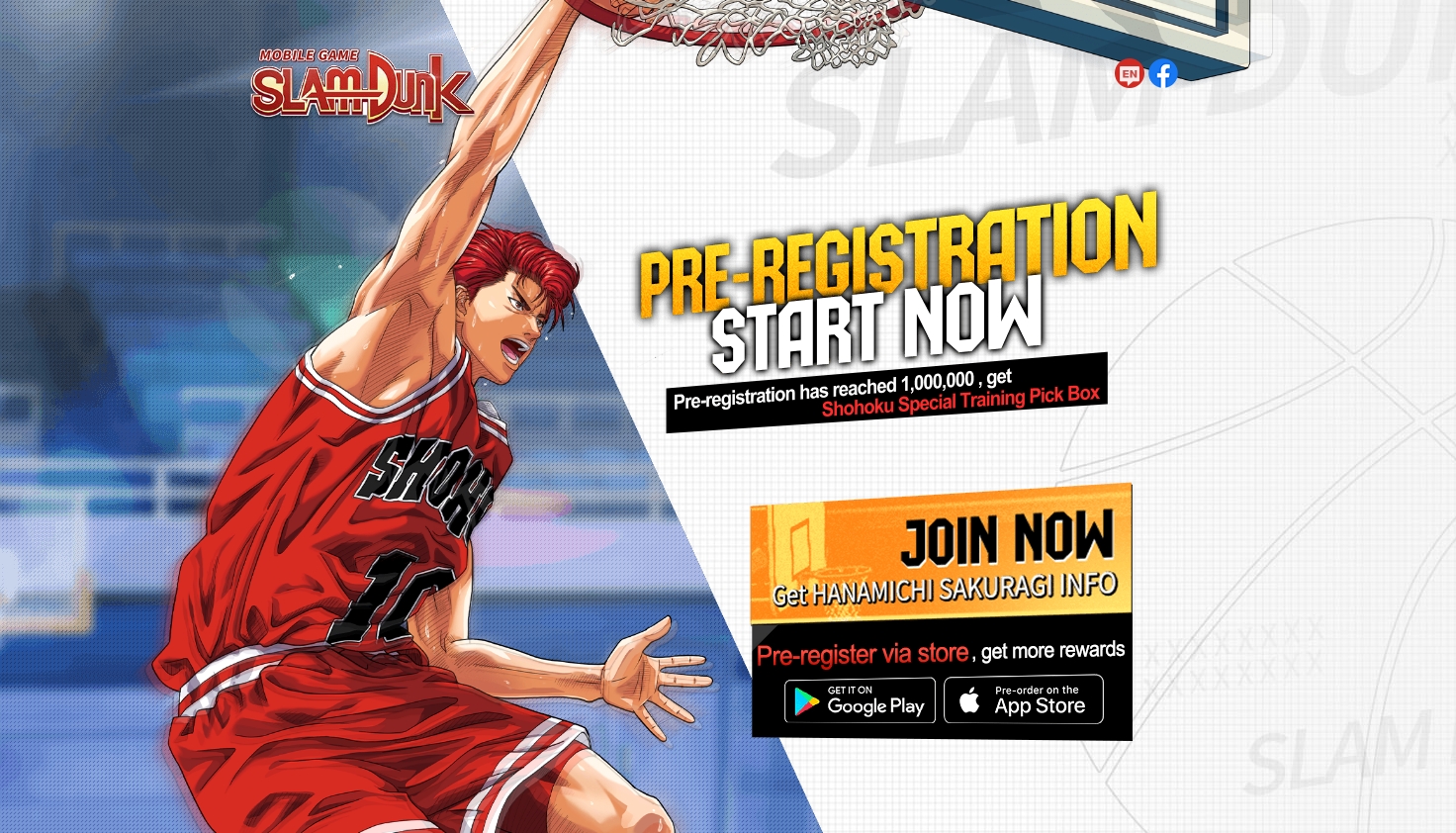 DeNA has opened up pre-registrations for the worldwide version of Slam Dunk on mobile. The game is based on the popular basketball drama series from Japan. Toei Animation worked with the developer to help bring the game to life. Slam Dunk fans and rest easy since this is an officially licensed game of the series.

The new Slam Dunkmobile game completely revives the original story. Players will get to watch more than ten chapters in Story Mode. The story follows Shohoku Basketball rookie Hanamichi Sakuragi as he begins his path to become a champion.

The game combines the original story with basketball gameplay in real-time battles. There are 1v1 solo matches, but also some multiplayer gameplay with 3v3 Half-Court and Full-Court, 2v2 Duo Match, and Full-Court 5v5 battles. Players can form teams with friends for even more fun.

Each match is around three minutes long. While the story mode has 2D graphics, the basketball action is in 3D. A short trailer with gameplay was released, showcasing the gameplay in action. Each character has unique skills and moves, with some abilities that have to be unlocked like “Hua Hua Defense”, “Akagi Dunk” and “Lightning Fast.”

RELATED: SpeedRunners Is Getting A Switch Port, Now You Can Take Fast Paced Super Hero Action On The Go

Playable characters from the original series who will also appear in the game include Kaede Rukawa, Akira Sendoh, and Shinichi Maki. The characters will also have their original Japanese character voices.

Those who pre-register now will unlock Hanamichi Sakuragi, the game’s primary protagonist and Shohoku’s power forward. The pre-registration form is available on the official website. The first step is to “Like” the game’s official Facebook page. From there, players will need to select their OS, mobile number, and confirm their information. They will receive the character when the game launches in the future.

The site is also offering a pre-registration campaign, with half of the rewards achieved. Players will receive 30 Sports Drinks, 25 Skill Special Training Cards, and 200 Ability Materials. The next three goals are for 30 Rating Promotion Cards, 100 Trait Materials, and 5 Shohoku Special Training Pick Boxes.

Players in Thailand, Indonesia, Philippines, Malaysia, and Singapore can also unlock Kaedee Rukawa if they successfully recruit three friends to pre-register for the game.

Slam Dunk will launch on both Android and iOS devices, but only the Play Store page is working at this time.

Slam Dunk does not yet have a set release date but will launch on iOS and Android.