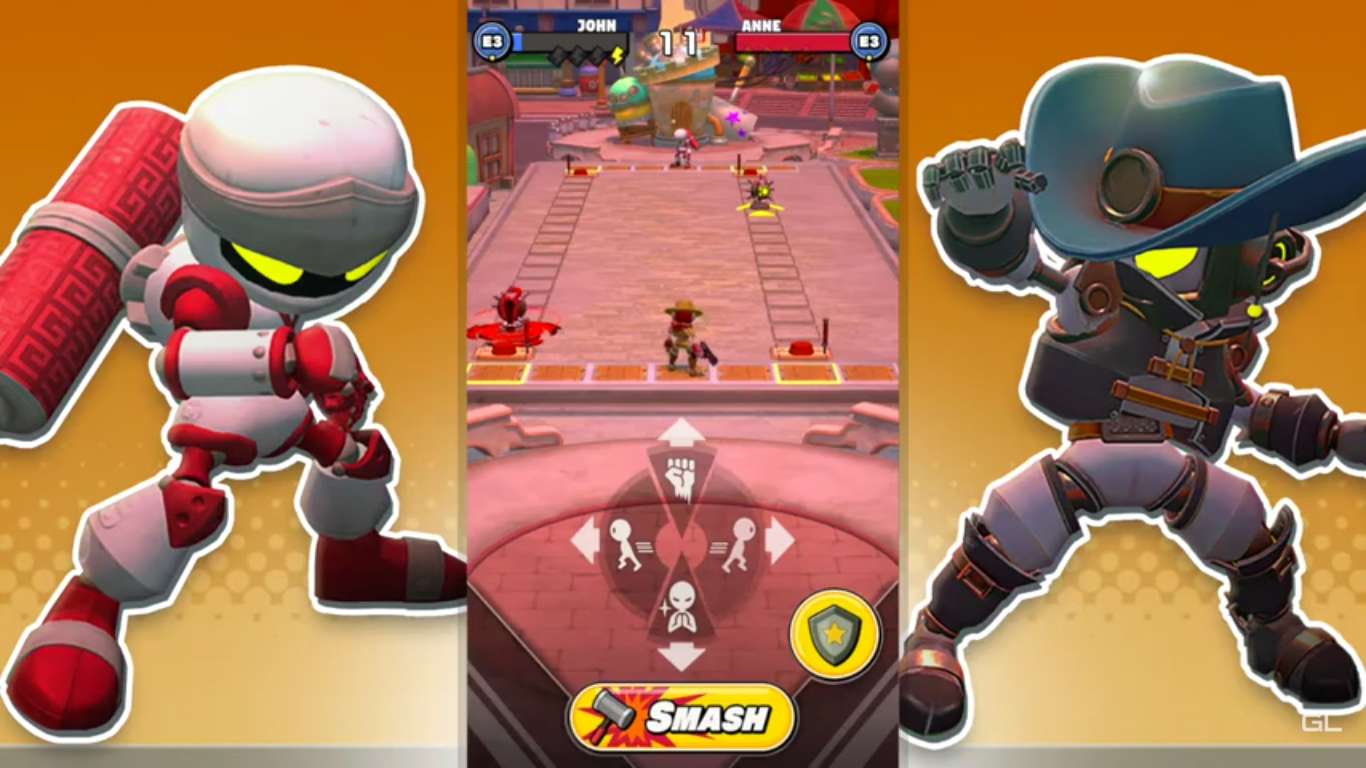 Smash Hockey is a one-handed 1v1 battler on its way to iOS and Android devices in the second quarter of 2020. The game comes from developer I From Japan and publisher Phoenixx whoa re planning a worldwide release of their title. The game is planned to be free-to-play and include some level of optional in-app purchases.

This mobile title is meant for two-player dueling with controls that only take one finger. Fight opponents with your own robotic competitor as you attempt to gain the upper hand and achieve victory.

Players swipe to control the game. By swiping left and right players can move, the goal is to attack the opponents at the other end of the arena while trying to defend from the enemy’s attack. Your goal is to score a puck through one of your enemy’s lanes.

Fight in head-to-head battles online battles after mastering the single-player mode against several AIs. The AI comes in easy, normal, and hard modes allowing you multiple opportunities to hone your skills. Play any of six colorful robots that each come with a unique playstyle. These robots come equipped with invisible powers, massive cannons, stun shots, and more just to win these chaotic matches.

Win points as you slowly rise through the ranks. Once you win battles you can gain battle coins which can be used to unlock new pucks, hammers, shields, and more for many cosmetic customizations. If wanted, players can use in-app purchases to grant new opportunities and outfit their robots in the ultimate style, but remember that victory revolves around skill and cunning and not cosmetics.

The game sports intuitive controls with a ton of depth just below the surface. Enjoy the action within these matches mixed with the fun of a mobile game. This title is sure to benefit the players with quick thinking, and punish those who hesitate at striving for victory in Smash Hockey.

I From Japan was founded by Yoshiaki Nakamichi in 2016. The goal was to create immersive games and transport players into new and different worlds. The team is composed of college graduates who want to make their new title, Smash Hockey, a standout game.

Smash Hockey will be available on the second quarter of 2020. Players can enjoy the title when it launches worldwide on both iOS and Android devices. This title is sure to be an entertaining competitive game that will bring a new meaning to the world of hockey.