Should You Do The Jason Denayer Rulebreakers SBC In FIFA 21? Solid French League CB With Good Stats And Links 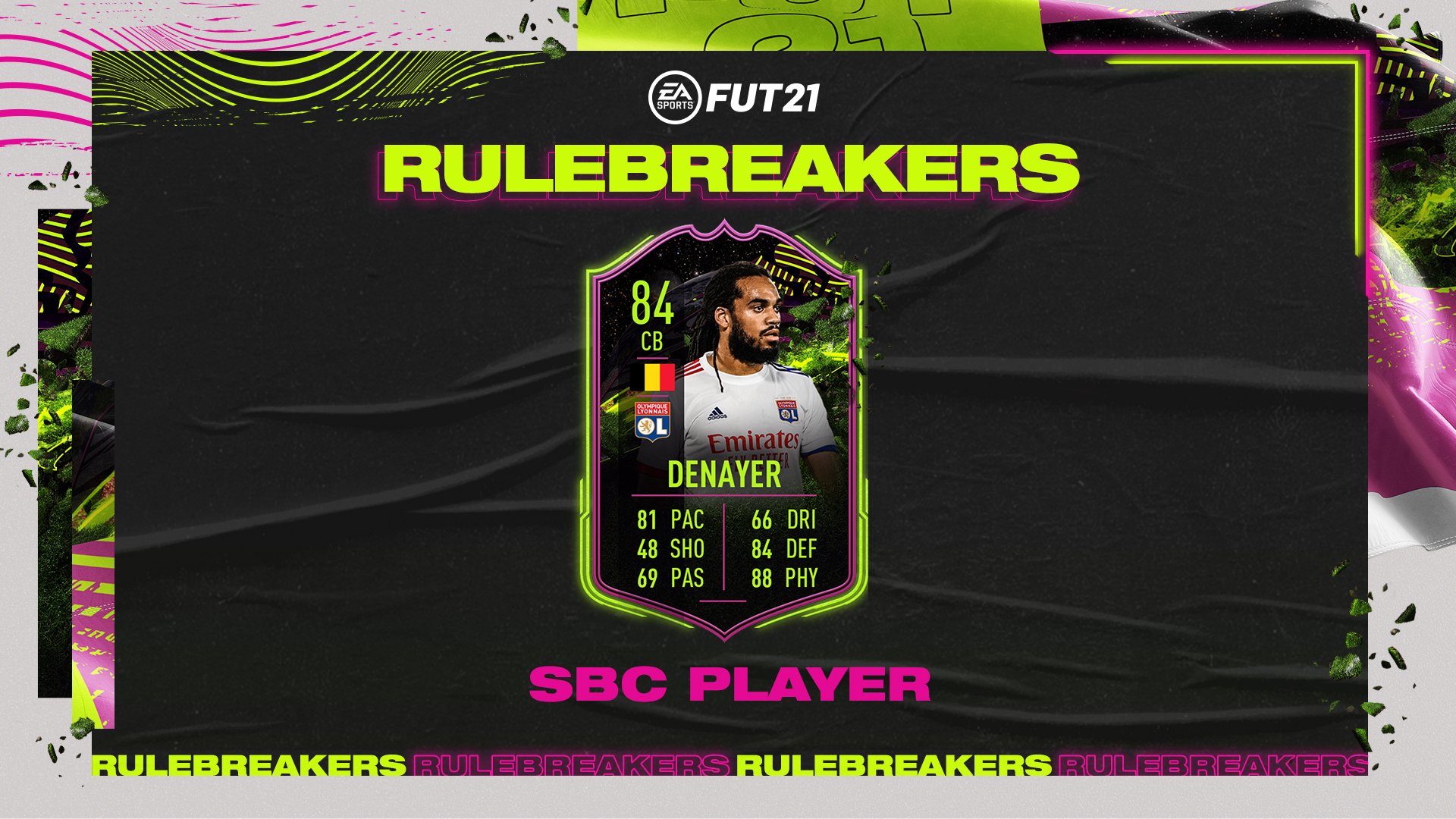 The next Rulebreakers SBC is a boosted Denayer, the Belgian CB from the French league team OL. His stats have been boosted across the board, including decent boosts to his pace and strength – key traits for another OP defender to bolster your Ligue 1 squad. He also links to the Koscielny flashback SBC.

Denayer’s Rulebreakers SBC is pretty well-priced, requiring two 84-rated squads without the need for too much chemistry. That comes in at around 60k-70k depending on which console you’re playing on and what time of day you try and complete the SBC. Is that price worth it for Denayer’s card?

RELATED: Troy Baker Thinks That Joel Would Consider Himself A Villain In The Last Of Us

RELATED: Riot Games Korea Is Producing A Reality-TV Style Show Based Around Finding The Next League Star

The card itself is overall very good. Denayer has more than enough pace, physical and strength stats to be a very meta CB in FIFA 21. Although the passing stat might seem very low, the card actually has 80 short passing, more than enough for a defensive player. Here’s a breakdown of his stats thanks to FUTBIN. 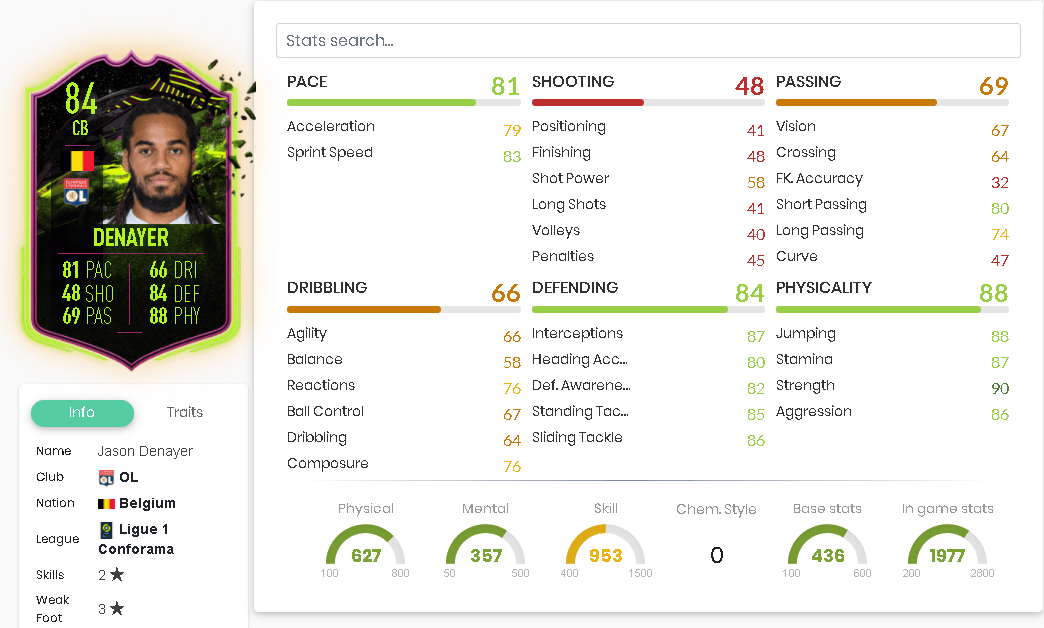 First up, the stats that matter: 81 Pace, 84 Defending, and 88 Physicality. These are impressive stats for an early game CB, and with a Shadow chemistry style, this card becomes very, very strong. Don’t mind that 2-star skill moves or 3-star weak foot, they’re not essential for a defensive player.

Also, don’t pay much attention to Denayer’s poor dribbling stats – balance and agility are not essential for a CB, made clear by the fact that both Varane and Van Dijk (two of the most meta defenders this year) are still extremely usable even with their dodgy balance statistics.

The question that matters the most is Denayer worth 60,000 coins? Compared to other cards on the market, no, probably not. If you consider a player of Manolas’s quality, or even Marquinhos, are coming in way under 10,000 coins, it’s clear that a card like Denayer’s just on the market would be much less than 60,000.

RELATED: Bloodstained: Ritual Of The Night Developers Deliver A Lot Of Bad News After Months Of Silence

However, as a First Owner Ligue 1 CB, the card provides excellent links to other top-tier players, including Renato Sanches, the new Mollet objective card (which looks fantastic), and the wealth of other special Ligue 1 cards already available.

Should you be dumping 60k into an untradeable card this early into the game cycle? If you want to maintain a healthy coin balance throughout the year, then no, you should probably steer clear of this card. If you want a solid French league CB for future objectives (Icon Swaps), then yes, this Denayer might be worth it.

FunPlus Phoenix's Mid Laner Doinb Said That G2 Esports Has A Good Shot This Year, But Need To Overcome An LPL Team