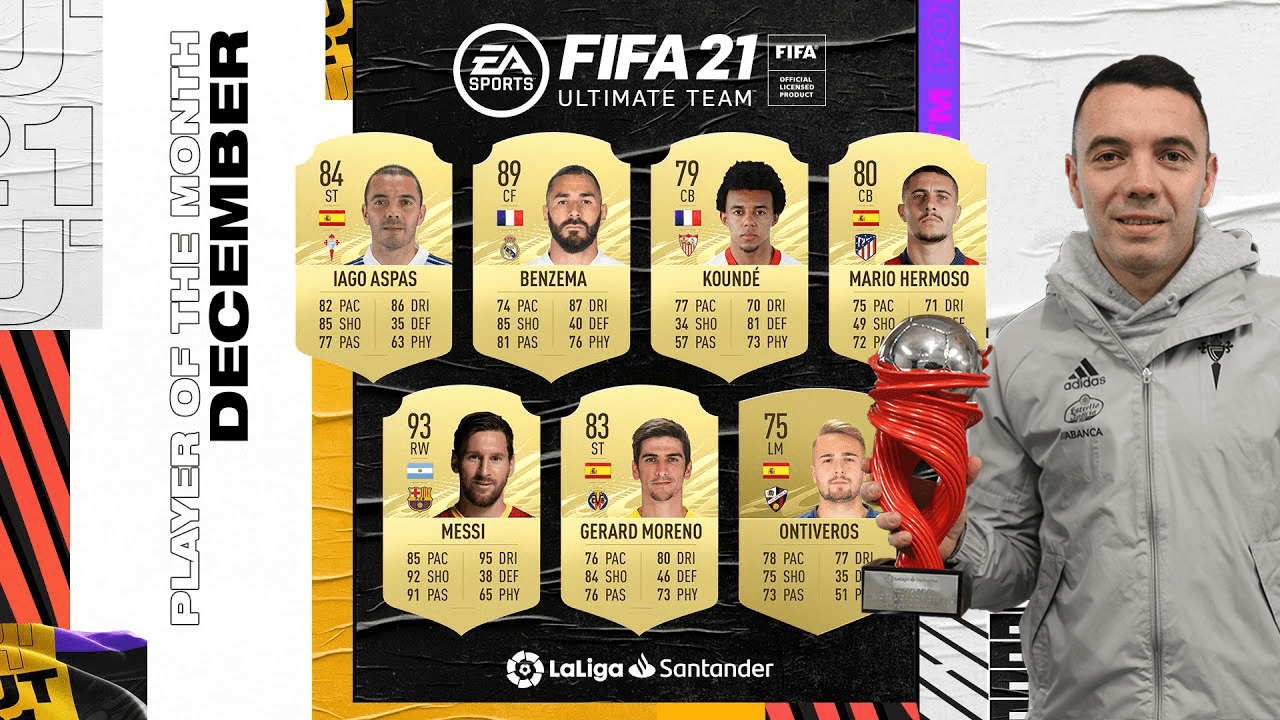 Iago Aspas wins the Player of the Month award for La Liga and receives an 89-rated POTM SBC in FIFA 21 Ultimate Team. This card is a weird one – decent value, pretty good stats, but only has a 3-star weak foot.

Aspas is currently around 100-110k on both consoles, requiring an 83-rated squad and an 84-rated squad. Is the card worth the money? Here’s a closer at his stats, links, and whether or not the Spanish striker is worth completing.

💪🤘🤙: Just a couple of the celebrations of choice from the standout players in the week that was. #TOTW16, now available in #FIFA21. #FUTpic.twitter.com/JU0Nul9kX0

RELATED: The Witcher 3 Just Got A Big Switch Update That Brings Cross-Save Support And Visual Enhancements

Here’s a quick overview of Iago Aspas’s stats. Aspas is a left-footed striker with a 4-star weak foot, and 3-star skill moves. He also has High/High work rates.

Thanks to FUTBIN, I can show you the in-depth on Iago’s in-game stats: 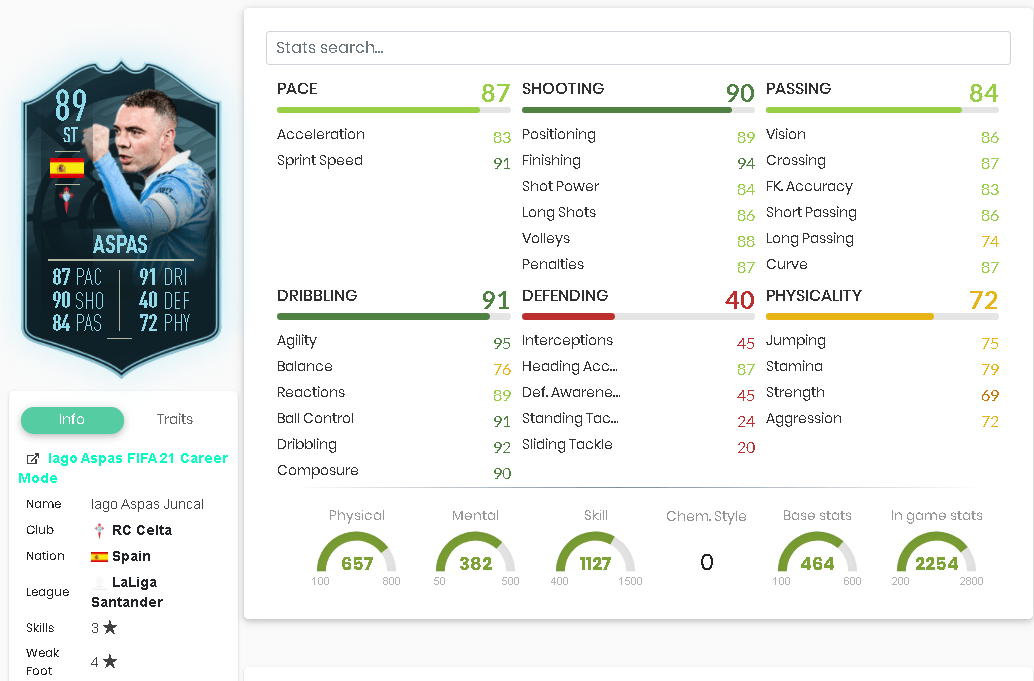 This is a pretty weird card. His stats haven’t received a huge upgrade considering POTM is a big award. He gets a few plus ones and plus twos, but if Aspas receives a couple more in-forms, they’ll be better than his POTM card.

Without considering that, the stats on this card are…pretty good. With an Engine chemistry style or a Hunter, if you just want to focus on pace and shooting, it looks like a bit of a monster.

91 Sprint Speed, decent agility at 95 (but a huge drop in Balance at 76, not too much of an issue), and brilliant shooting stats. His passing is also good for a striker, with 86 short passing making those across-the-box passes a bit easier.

In terms of price, 100k isn’t too bad, really. You can grind those cards out right now in FIFA 21 without too much hassle. If you’ve got a space in your La Liga team, Aspas will fit right in.

Is Aspas worth the coin? In the same position, you can pick up Benzema’s in-form for around 90k, or one of Suarez’s in-form.

RELATED: Assassin's Creed Valhalla Features Viking Settlements And Is Targeted For The End Of 2020

Other than that, there aren’t too many options for La Liga strikers beyond the more expensive players, such as Joao Felix or Ousmane Dembele. Aspas is the highest-rated Spanish player in FIFA 21, beyond a couple of icon cards.

No one is getting crazily excited about this Aspas card, but at least it’s more reasonably priced than some of the other POTM SBCs. Worth picking up if you’re trying to plug a gap in your La Liga side, but probably best left alone.