Serious Sam: The First Encounter Is Free Thanks To GOG’s Harvest Sale 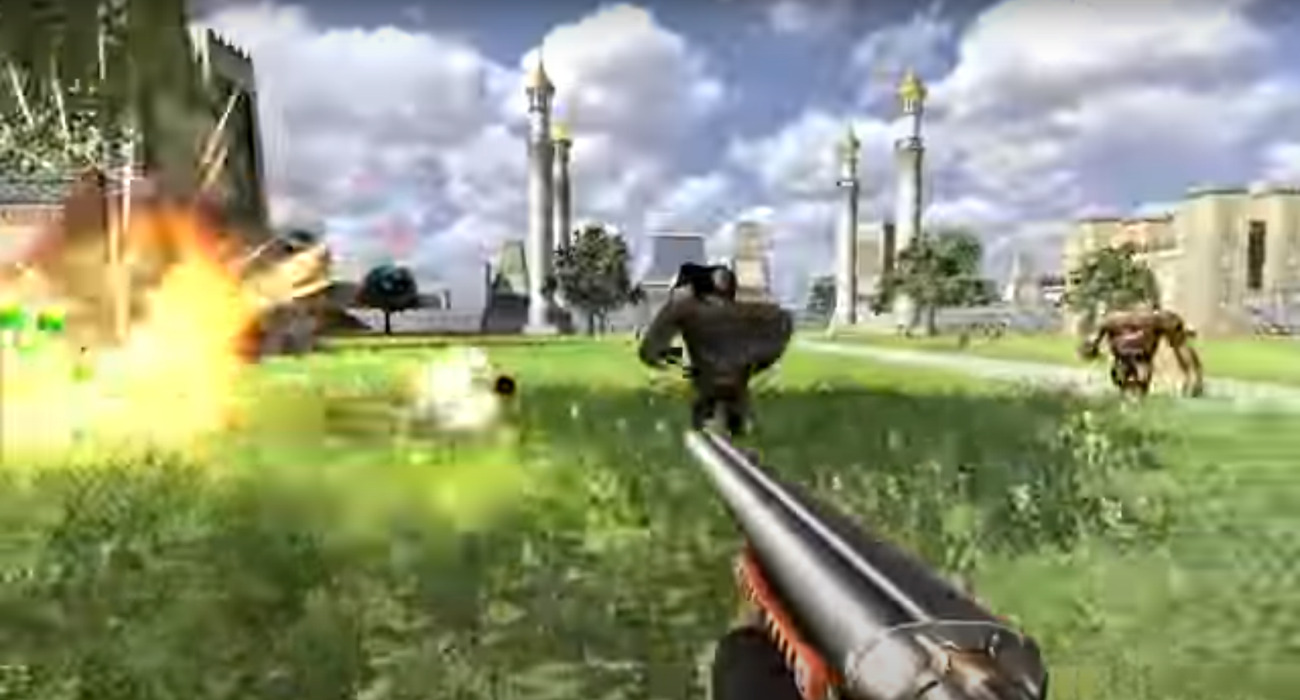 At GOG, the Harvest Sale is currently going on. It’s offering over a thousand deals on a lot of classics of many genres. Freebies are also being given out. One that has received a lot of attention is Serious Sam: The First Encounter. It will be free on GOG until August 26th.

If you haven’t gotten the chance to experience the action-packed and over the top series that is Serious Sam, there’s no better way to start than with the first game in the series.

The game features fantastic arcade action that you just have to experience firsthand to truly appreciate. Even still today, it’s a blast to play with friends — especially considering it supports up to 16 players. That just means more mayhem, more action, and more epic moments.

The story focuses on Sam, who’s on a quest to save Earth from the evil extraterrestrial being known as Mental. Before you can get to him and put a stop to his evil ways, you’ll have to battle through his equally diverse and powerful minions.

Each one puts up a unique challenge that you’ll have fun figuring out with the diverse set of weapons the developer has provided. From double-barrel shotguns to large rocket launchers, there is no shortage of the carnage you can cause while fighting for what’s good in the world.

Throughout your journey as Sam, you’ll travel to ancient Egypt and a bevvy of other worlds that give you all sorts of fun sights to take in. Serious Sam: The First Encounter also has a level editor, which lets players put their own touch on levels with plenty of tools and resources.

When you’re done with the single-player campaign, you can keep the action going online in multiplayer. There is the traditional Deathmatch, where you try to kill as many players as possible. Then there’s the Scorematch. Both give you plenty to do and let you put your skills to the test against other Serious Sam fanatics.

This game has been out for many years now, but it has definitely aged well. The graphics won’t cause your jaw to drop, but the action is just as fun as it was back in the day when this game released.

It’s definitely a good pickup that won’t be available too much longer on GOG. Check it out today and see what so many first-person shooter fans have raved about. This game set the foundation for a fantastic series.

Dec 16, 2020 Chris Miller 3940
Devotion is a horror game that frankly misses as often as it strikes, but that isn't frankly the reason that it has constantly been in the news since...

Dec 2, 2020 Lisa Nguyen 5390
Throwback Entertainment has announced its working with Nightdive Studio. Together, the companies will release an enhanced edition of PowerSlave to...