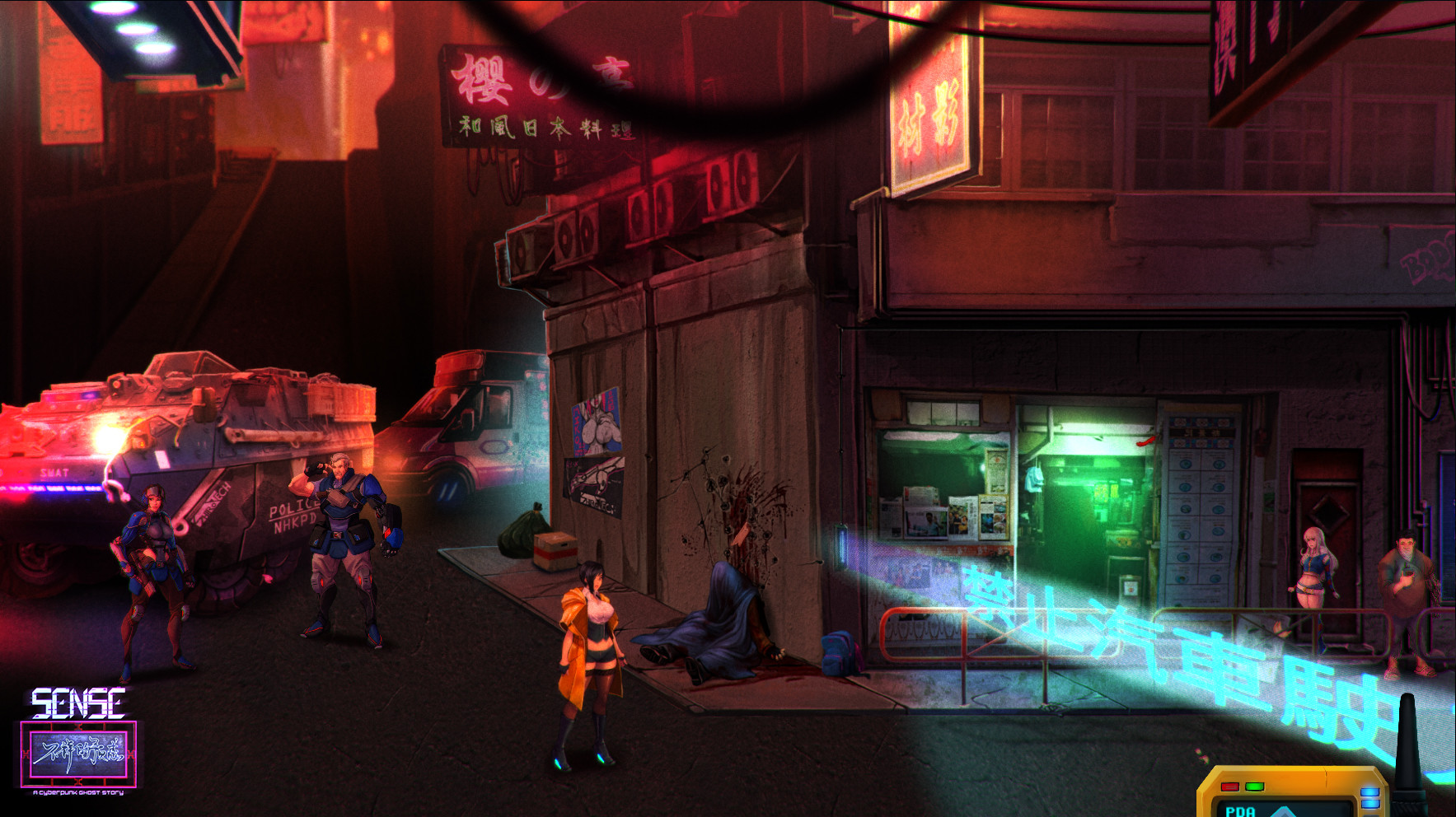 Sense – A Cyberpunk Ghost Story strives to capture the core of classic adventure games and survival horror experiences. This is a title that revels in slow and steady build-up rather than jump scares and cheap tactics. Experience a careful mix of pacing, atmosphere, storytelling, and more, This is a 2.5D exploration title mixed with problem-solving, ghost encounters, and paranormal glitches.

As a horror experience, this game moves into a rather unfamiliar genre. Cyberpunk has long been the home of action and crime, but to place a ghost story among its technical reality is logical yet unfulfilled leap. This title is exploring an interesting world of horror, futurism, and exploration.

Enter into a cyberpunk world filled with ghosts who appear as glitches within reality itself. These are paranormal and spiritual threats that can not be killed through traditional means.

The game is played through a unique puzzle-solving, exploration, and voice acting experience. The game can be played in English, Chinese, Japanese, and Russian and offers various ways to experience the world and become immersed in its lore.

In this title, players will need to explore every nook and cranny of the world. This is a game about interaction, and some items will not appear until a specific pre-requisite has been met. While some items are helps, others may have consequences that are not initially present.

The world is full of NPCs that wander the halls, talk to you, and can reveal information about the world. As players explore the mystery, the NPCs can offer valuable secrets about what has happened and what is happening in the world around you.

This is a game of deep lore, creative characters, and spooky ghosts. As players explore the complex location they can slowly learn about the geo-politics, character relationships and more. Remember tho, the ghosts can hurt you and you can do almost nothing to them. Your only tool to defend yourself is your offerings, shrines, and the ability to solve mysteries.

This title is probably best left for mature audiences. The ghosts, lore, and complex themes within this title are designed for full immersion and may be a little much for younger audiences.

Sense – A Cyberpunk Ghost Story can be found on Steam right now. The game is planning on releasing to Nintendo Switch audiences as of January 7th.

Nov 4, 2022 Michael Gunn 240
The long-awaited sequel Blood Bowl 3 now has a release window. The developer Cyanide Studio had planned for the game to be released in early 2021,...