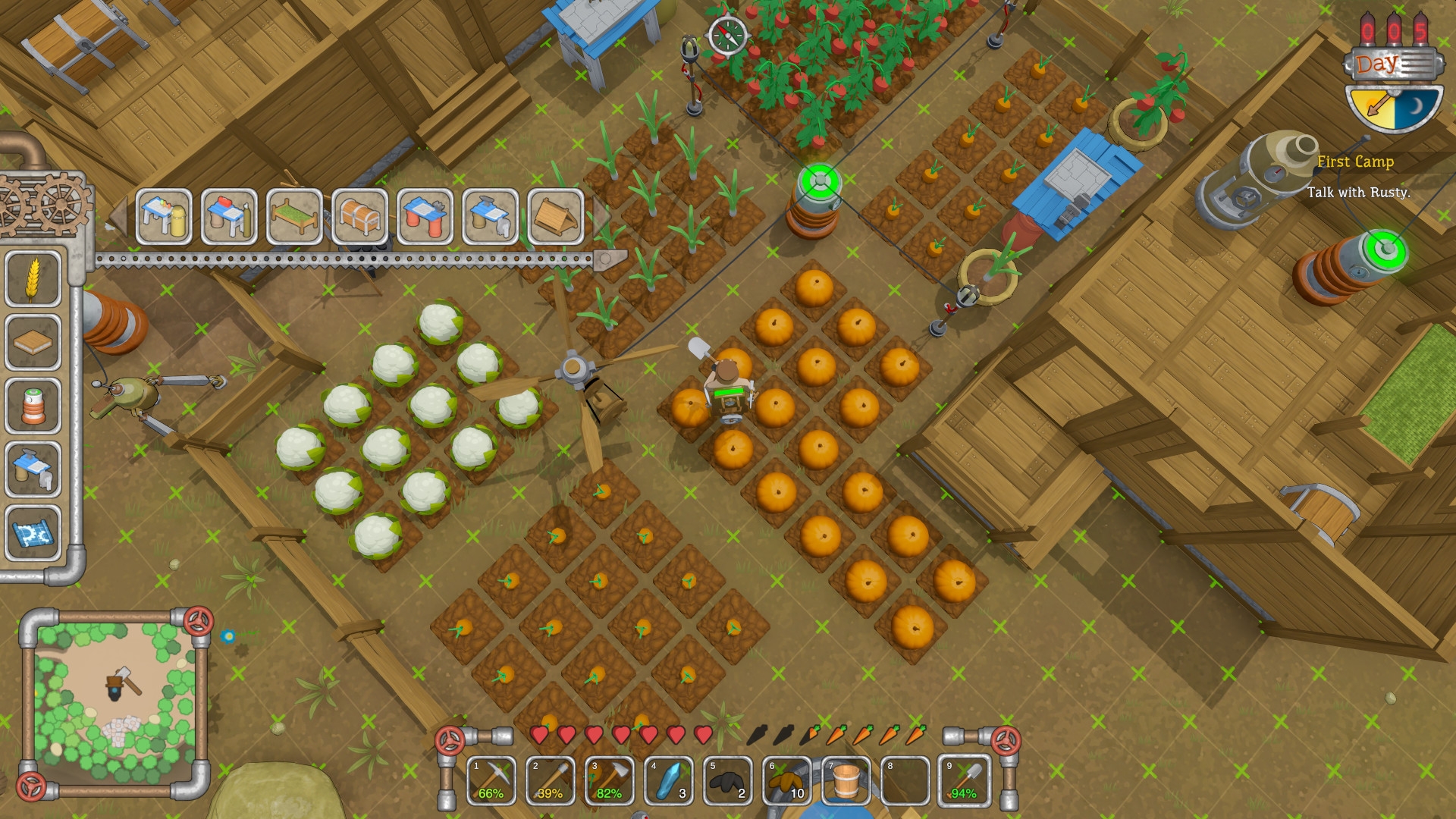 Publisher RockGame S.A. and developer SpiffyBit have announced their upcoming title Scrapnaut. The game is an open world, top-down, base building survival game with steampunk-inspired elements.

Players are tasks with exploring the open world filled with various biomes, taking care of oxygen supplies, finding a way to generate electricity, building a home, and more. There is also room for players to create a fam to produce food. With the crops, players can learn recipes and prepare different types of meals. One of the possible crops shown in the video preview is pumpkins.

Collecting resources is also vital to survival. Players have to collect the necessary resources to build a home base, then fix any damaged items. Based can be improved upon to survive longer against threats.

Bases are where supplies and electricity are stored for later use. What players can create will depend on which biome players have decided to live in. Resources are also used to complete quests players pick up as the game progresses.

Life in the biome isn’t all farming and collecting resources. Each biome is home to a variety of monstrous threats. Players will need to make weapons and armor to help craft equipment. Unfortunately, some enemies will just be too strong to fight one-on-one. The developer suggests running away may be the only option at some points.

The short one-minute trailer showcases some of the gameplay and base building components. The primary biome featured in the video is mostly dirt-covered land. Players can use a hand-drawn map to uncover other areas, such as forests, mining locations, and more.

Exploring the region outside of the player’s base will be important to find additional resources. While players can farm on the land close to their residence, they’ll need to search for valuable supplies to stay alive.

Additional details, such as how long the game will stay in Early Access are still unknown. More information may appear closer to Q4.

Scrapnaut is planned to be a single-player game. The English language version will contain audio, but the remaining eight will only have translated interface and subtitles.

Those interested in following the development of Scrapnaut can follow the publisher RockGame S.A. on social media.

Scrapnaut is expected to launch in Steam Early Access in Q4 2020.