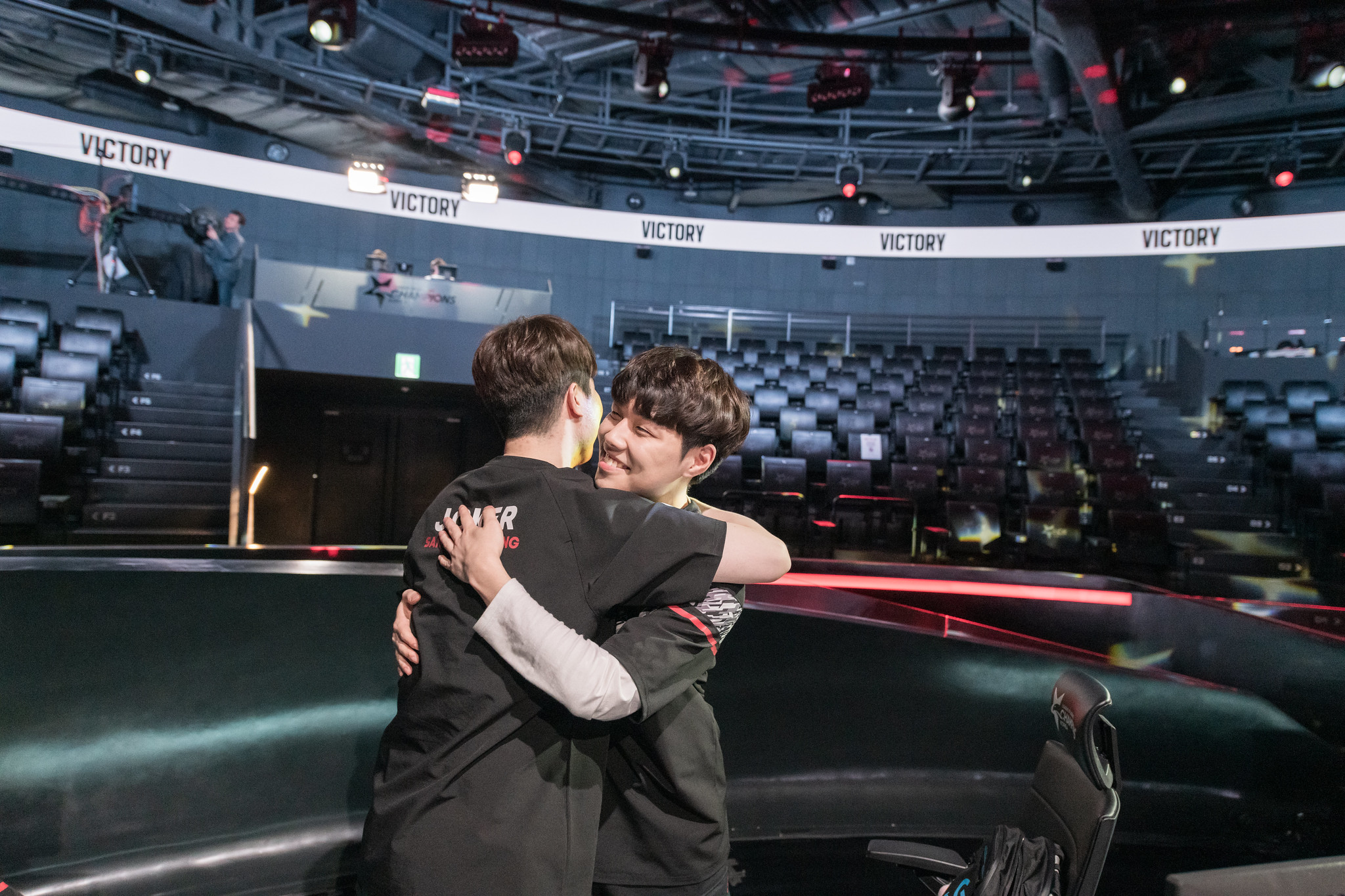 Sandbox started off the latter half of the 2020 season with many struggles. The League of Legends team barely staved off relegation during the midseason break and started the Summer Split with a disappointing five-game losing streak. But now, it seems like they’re turning over a new leaf.

KT started out week four of the Summer Split by defeating first-seed DragonX 2-1. The match was undoubtedly the biggest upset of the split so far, especially with KT support player TusiN unavailable due to medical issues.

KT opted to start top laner Smeb in the support role instead and found great success against DragonX through a couple of strong Maokai games. But the stand-in support player failed to find that same level of success today with his niche picks against the reformed Sandbox squad.

The second game was much more one-sided. Sandbox coach YamatoCannon opted for a rush composition against KT’s squishy champions.

Once more, KT made some questionable plays, including a strange decision to engage in a teamfight to take down an outer turret. Sandbox took advantage of KT’s unstable tempo and capitalized on their opponent’s mistakes while building on their own leads.

Sandbox mid laner FATE popped off on LeBlanc, leading his team with a 9/0/6 scoreline. With Wukong and Trundle at the front and Senna and LeBlanc safely pumping out damage behind them, Sandbox secured a convincing win in just over 37 minutes.

Sandbox are undefeated since YamatoCannon exited his mandatory 14 days of COVID-19 self-isolation. With their victory over KT , Sandbox completed their first flawless week of the season. YamatoCannon, the first Western coach in LCK history, is yet to lose a match since physically joining the league. KT also drop to 3-5 in the Summer Split after this loss.

If they keep up their gameplay, they might reach a playoff spot against all odds. Stay tuned for more coverage of the first Western coach in LCK in the next couple of weeks as we closely follow the road to the Championship of Sandbox Gaming.