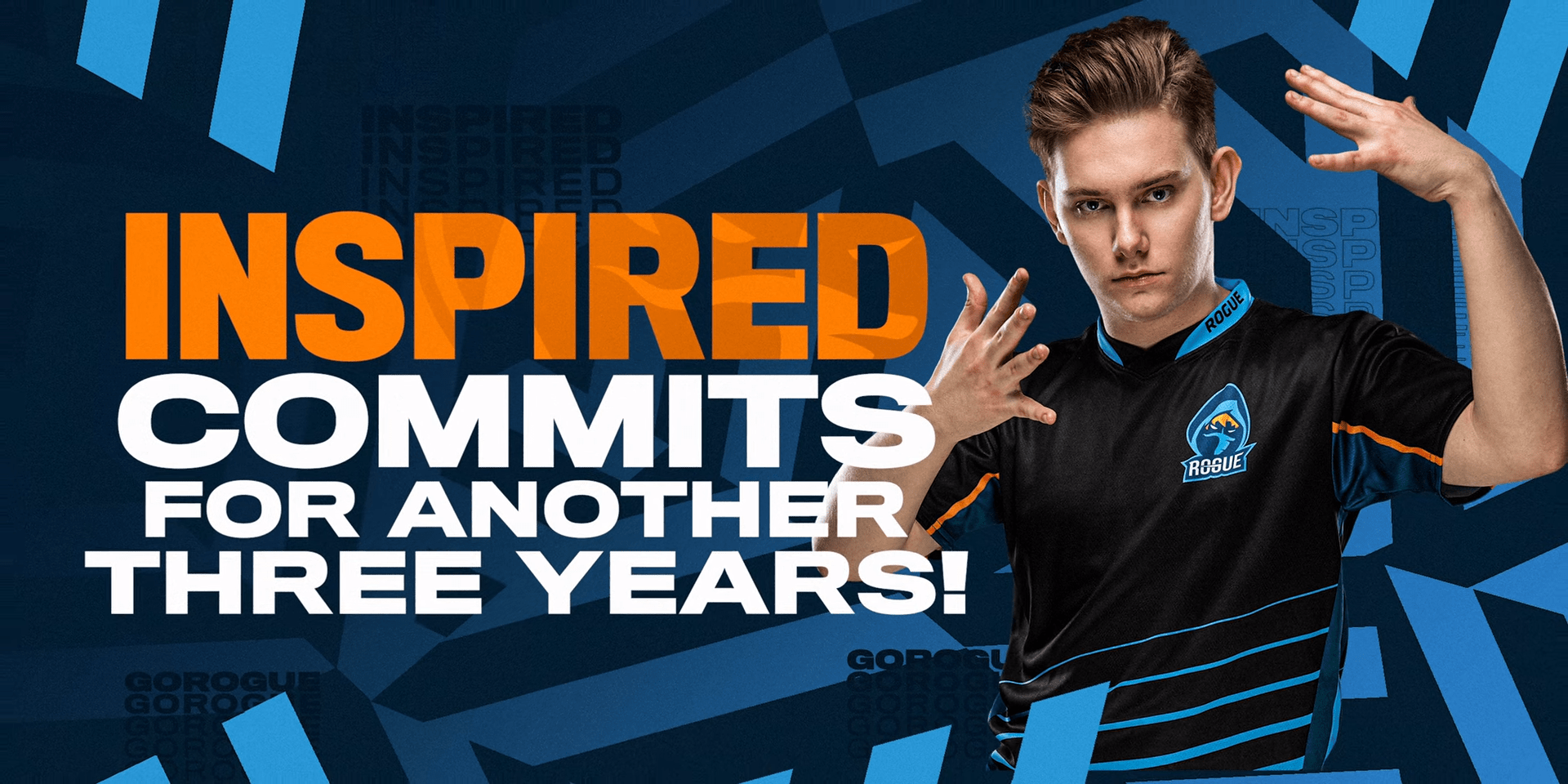 From the start of the offseason, Rogue announced that it would put a lot of effort into maintaining most of its roster.

Yesterday Inspired was announced as the last player for the upcoming 2020 LEC season.

Rogue is an American organization best known for their Counter-Strike: Global Offensive and Rainbow Six Siege teams. In 2018, the organization was rumored to be joining the EU LCS as part of the 2019 European franchise program. On November 20, Riot Games confirmed Rogue as one of the ten partner teams for the LEC 2019 Spring Split.

The initial Spring Roster consisted of Profit, Kikis, Sencux, HeaQ, and Wadid. After a horrendous 0-8 start, Rogue started making roster changes in the LEC team. They promoted Profit and Vander from the Academy team and picked up two wins in the next three weeks. While the situation improved towards the end of the split, changes were expected.

Going into Summer Split, the Rogue organization promoted two rookies from the Academy team: Inspired and Larssen, who were dominating the Academy league. The first weeks were quite harsh, and after not picking up wins, the organization subbed in Finn instead of Profit again. With the roster mostly consisting of Spring Split Academy players, the team started picking up wins left and right. They ended up in 5th from a 4-way-tie due to their Head-to-Head records.

They had only one chance to qualify for Worlds, they had to win most of their Playoffs opponents, and while they pulled an upset against Splyce, they lost in the second round against Schalke and were out of Worlds contention.

The announced roster for the upcoming LEC 2020 season is:

While the Rogue team finished the last place in Spring Split with two wins and 16 losses and seemed hopeless, the roster changes changed the situation going in Summer Split, and they finished 5th with seven wins and 11 losses, which allowed them to qualify for the Summer Playoffs and have a shot at Worlds Contention.

While 4 out of 5 players are unchanged, many analysts considered the ex-ADC of HeaQ being the weakest link of the team, so the upgrade of ‘Hans Sama’ is welcome for this position. The combination of 3 rookies with the enormous potential of Finn, Inspired, Larrssen alongside veteran Hans Sama and Vander should make the team top 4 alongside G2 esports, Fnatic, and OG going into the next season.