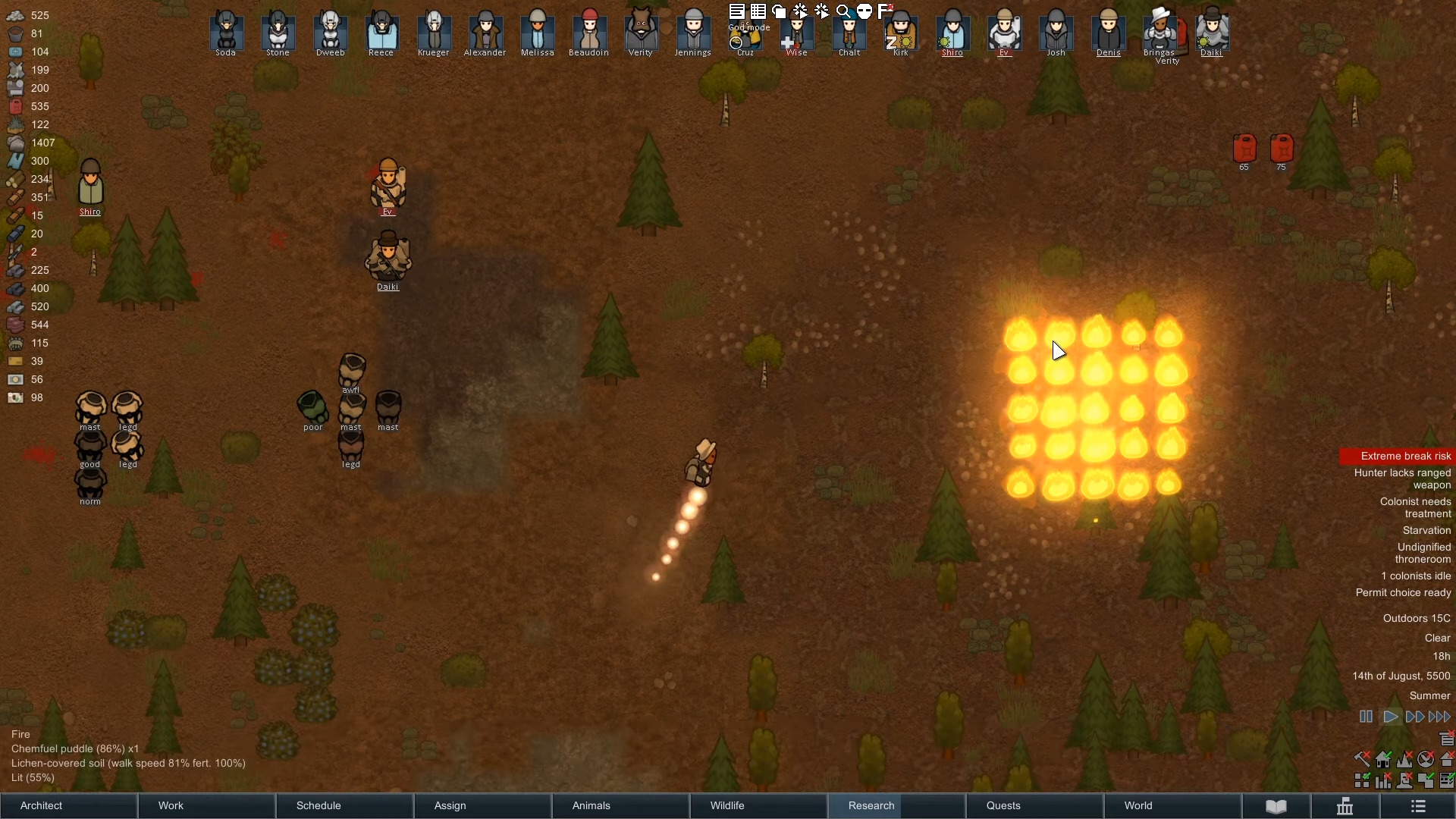 Here’s an interesting thought: for a title that readily proposes cannibalism for self-preservation and organ harvesting from prisoners while you watch your beloved colonists fall into mental shock as yet another of their friends dies from a maddened turtle that just won’t die, many have been asking Ludeon Studios to make the game even less forgiving.

Somewhere between your dedicated crafter going into his third drinking binge of the week while tribes batter your door down with clubs, it simply hasn’t been enough.

This has led Ludeon Studios to bring about a new aspect to the masterful storytelling survival title of Rimworld, and it’s the highlight of update 1.2; ‘Custom Playstyles’.

Using custom playstyles allows you to tweak almost everything pertaining to your colony’s survival story; from the chance of your colonist getting food poisoning (leaving wonderful trails of vomit throughout your masterfully designed base) to the storytelling AI ignoring your wealth factor, instead running off of how long your colony has been around.

You can alter your mining and butchering yield to make it far more brutal, or to give your colonists a bit more of a fighting chance. You can make predators not target your colonists when they’re hungry, quest rewards, threat scale; almost everything that you can figure is there, and it’s all laid bare for your tweaking and twisting needs.

Along with the custom playstyles comes a utility gear change; smokepop belts can now be reloaded (using chemfuel) and used on command to obfuscate fire across a wide area, rather than them simply popping once the wearer takes damage. Forewarned is forearmed, however: the enemy can use the smokepop belts in the same manner, and will to avoid your withering turret fire.

Thankfully you have traps set up, right?

The psychic lances (both shock and insanity) can now be used twice before being exhausted, a change that will help them be more viable in the end game, as driving one attacking soldier insane simply isn’t enough to stymie hordes of well-equipped lunatics eager to eat your colonists’ faces.

The last big change of this patch is that caravans will now automatically load food and medicine for the journey, and there’s been a bit of work in regards to how players set up the routes to streamline the somewhat esoteric clicking that it would take to get users ready to push out for trading and attacks.

Of course, this all comes in tandem with Ludeon Studios’ steadfast commitment to ensuring that they don’t accidentally break mods moving forward with the iterative development. If it’s been a while since you stepped into the desolate lands of Rimworld, you now have an excellent excuse.

Aug 11, 2020 Chris Miller 16390
Here's an interesting thought: for a title that readily proposes cannibalism for self-preservation and organ harvesting from prisoners while you...

Apr 24, 2020 Chris Miller 44130
It's been far too long since I've made human leather cowboy hats well into the morning with my friends, as Rimworld's recent 1.1 update, along with...

Mar 31, 2020 Chris Miller 18110
There's a sneaking suspicion that Ludeon Studios is merely addicted to incremental development, after the years of development on the base game. ...