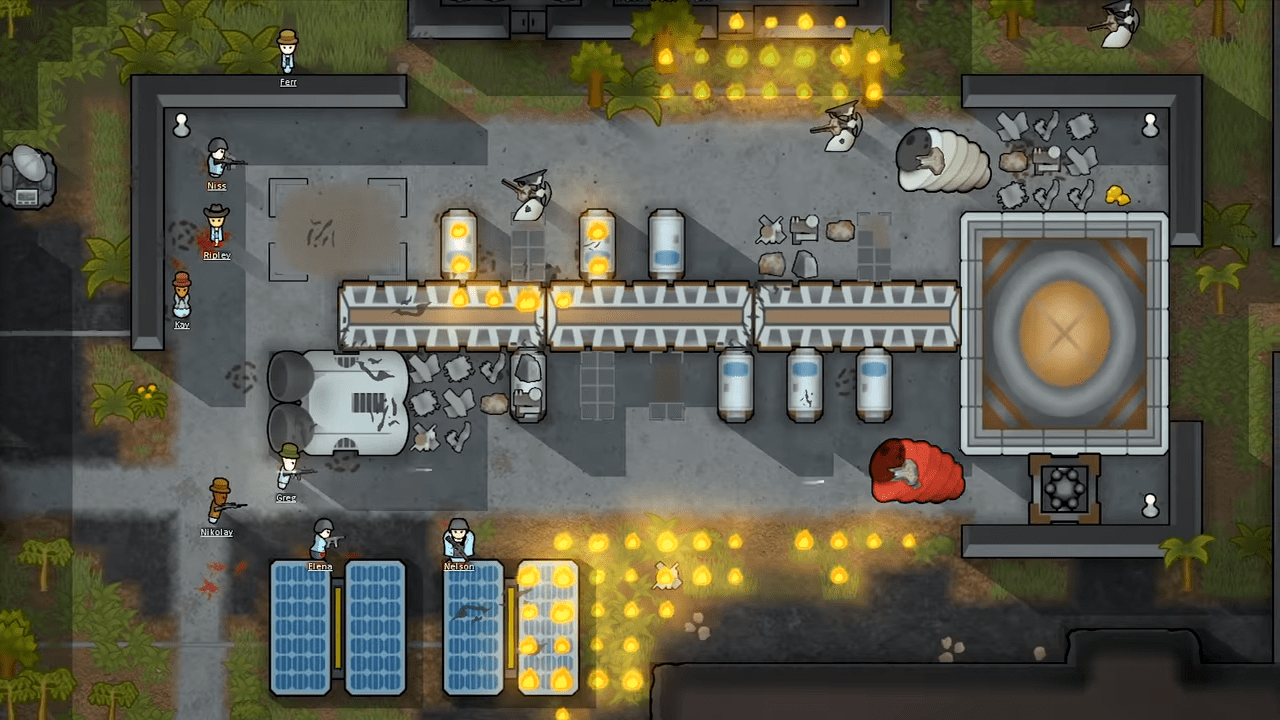 Rimworld is the answer to many of the problems that currently plague the gaming industry, especially if the question is ‘Where can I commit crimes against humanity?’  Whether you’ve been on the Rimworld train throughout their entire Early Access endeavor, or if you’re one of the many that opted to pick it up during its full release in October of 2018, there are three things that you can’t readily disagree with.

First, it’s immensely addictive to watch your pawns develop their own story as you attempt to guide them towards safety, and perhaps salvation.

Second, the number of mods that are currently available could likely choke a small horse, and those mods range from adding new furniture to sweeping changes to various mechanics.

Third, it’s arguably the safest place to commit atrocities against others in the safety of your own home.

Rimworld developer Ludeon Studios is making good on their promise to continue to add content well after Rimworld has been released, and the first major update is already available for testing on the beta branch of the Steam platform.  Some may look at the year and a half since release and note that this is the first major update; others are simply happy that they’ll get a bit more content in the colony simulator.

Regardless of where you fall on that debate, it’s difficult to argue against the sheer size of the incoming update, bringing everything from new armor to new mechanics to force your mods to play nicely with each other.

RimWorld 1.1 is up for public testing on the 'unstable' Steam branch!https://t.co/15Km1XA3GC

Note that you can dive into the unstable branch yourself, and help Ludeon Studios test the new patch to ensure everything is working as it should.  Also, even when 1.1 releases, Ludeon Studios has ensured that players that want to continue their 1.0 colony can do so, by selecting the 1.0 branch in your Steam options.  This will allow heavy mod users to continue playing until their desired mods are updated to the 1.1 version, so there’s no loss of game time.

Onto the good stuff: what you can expect from patch 1.1: some backend work has been implemented by Ludeon, and it is promising.  Mods will be a bit more manageable, as they’ll have a global package ID that allows them to refer to other mods.  This feature allows mods that require dependant mods to request it in-game, with a shortcut offered to grab the necessary packages without ever leaving the title.  It also allows for some fancy sorting; players can let the mod list sort itself out based on dependencies and libraries the mod notes as necessary.

No more finagling your mod lists to get them just right; let the application figure itself out.  Honestly, if this is all that it contained, many players would be pretty happy campers.

Other backend tweaks include long-awaited 4K support in the shape of UI scaling, data-driven questing, colored text in-game to highlight important information, and loading screen tweaks.  There’s also a new Quest tab in-game that users can peruse to manage their ongoing, past, and available quests, where they would previously either be remembered by the player upon introduction to the event or simply not done.

Beyond backend, players get a few new toys to play around with in-game.  Recon armor has been added as a lighter variant of marine armor.  An EMP grenade launcher is also found along with a smoke grenade launcher, allowing you to disable certain aspects of enemies before they ever close the distance on your fortress.

Something that Ludeon quietly slipped into the patch notes in regards to weaponry is ‘biocoding’.  You can biocode a weapon so only a specific colonist will use it; if they fall in battle, you won’t have to worry about the enemy picking up the most expensive weapon you have and turning it on your own colony.  Granted, other colonists also won’t be able to use it, but they’re more walking organ bags than actual ‘people’, per se.

Backstories are also getting a bit more content as well, with numerous additions being implemented in 1.1.  A new personality trait has been added called ‘Tortured Artist’, that gives the character a permanent mood debuff, yet also receives art inspirations from their low mood.

In-game information is seeing some love in the current patch as well.  Colonists and animals will now alert the player when heatstroke is causing health issues, meaning that it will be no longer necessary to manually cycle through everyone when the event hits.  Info cards when an object is selected will now have in-game hyperlinks, allowing you to see what materials are necessary for what items.  Everything from what one of the new animals will produce to a chunk of wood, you can look at precisely what your colony will need and how to get it.

Some crafting is being worked on as well in the upcoming patch; sandbags will be crafted by cotton and cloth, instead of the steel that it currently needs.  A new defensive construct will also be available called barricades that can be crafted of various materials.

The patch is massive, in every sense of the word, with more balancing adjustments, bug fixes, and additional content that will keep players in Rimworld for even longer.  Much to the frustration of their family.