Spike Chunsoft, Numskull Games, and developer Chime Corporation have announced their next RPG project Re:ZERO – Starting Life in Another World: The Prophecy of the Throne. The title takes place in the Re:ZERO universe with a brand-new storyline supervised by the series’ author Tappei Nagatsuki.

The new tactical RPG game will also have new characters designed by the series’ original artist Shinichirou Otsuka, plus other fan favorites will make a return.

Re:ZERO – Starting Life in Another World: The Prophecy of the Throne takes place one month after Subaru begins his new life in a new world. An emissary from the royal castle announces that the royal selection for the next ruler of the Kingdom of Lugunica has been postponed but doesn’t state why.

Subaru and his friends decide to investigate why. They learn a sixth candidate has appeared, but only five candidates would be chosen according to the Dragon Stone’s prophecy.

The sixth candidate is an imposter, which makes Subaru and his friends immediately suspect Emilia. There’s more to the story as Subaru is thrown into a more complex plot filled with betrayals, assassinations, and conspiracies.

The Re:ZERO – The Prophecy of the Throne Collector’s Edition includes original pins with display box, a full-color art book, a SteelBook® case & official soundtrack, all in a Collector's Edition outerbox! Preorder soon!

Spike Chunsoft has also announced a special collector’s physical editions that come with various merchandise for the series.

The Day One Edition is a limited run with four exclusive pins in a display box. The pins feature Emilia, Subaru, Rem, and a brand-new character. The preorders are available now in the US and Europe.

The Collector’s Edition also contains the four exclusive pins, plus a full-color art book with concept art, sketches, and commentary plus a Foreword from the series’ creators. The game comes in a SteelBook, plus there’s a cd featuring the original soundtrack from the game. These items are all packaged in a special Collectors Edition box.

The game will also be sold as a standard physical and digital edition. The limited editions of the game don’t come with any additional digital content, and it’s unknown if DLC will be offered in the future.

So far, only the game has been announced. More information is pending, including the official website and game rating.

Re:ZERO began as a light novel series, but was later adapted into a manga, radio show, music, and anime series. The series was first adapted into a game in 2016 with the visual novel Re:Zero -Starting Life in Another World- Death or Kiss. The Prophecy of the Throne will be the first tactical RPG adaptation of the series released on PC and consoles. Previously, a Sega released an RPG, but it was only on mobile devices.

Re:ZERO – Starting Life in Another World: The Prophecy of the Throne launches on PC via Steam, PlayStation 4, and Nintendo Switch this Winter.

RE:ZERO – STARTING LIFE IN ANOTHER WORLD: THE PROPHECY OF THE THRONE 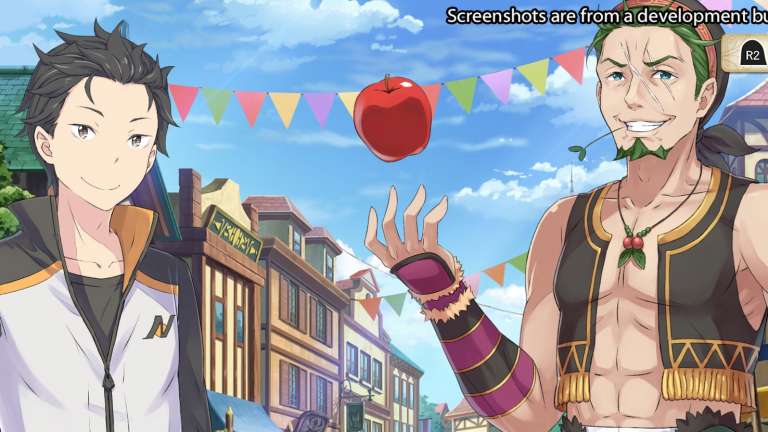