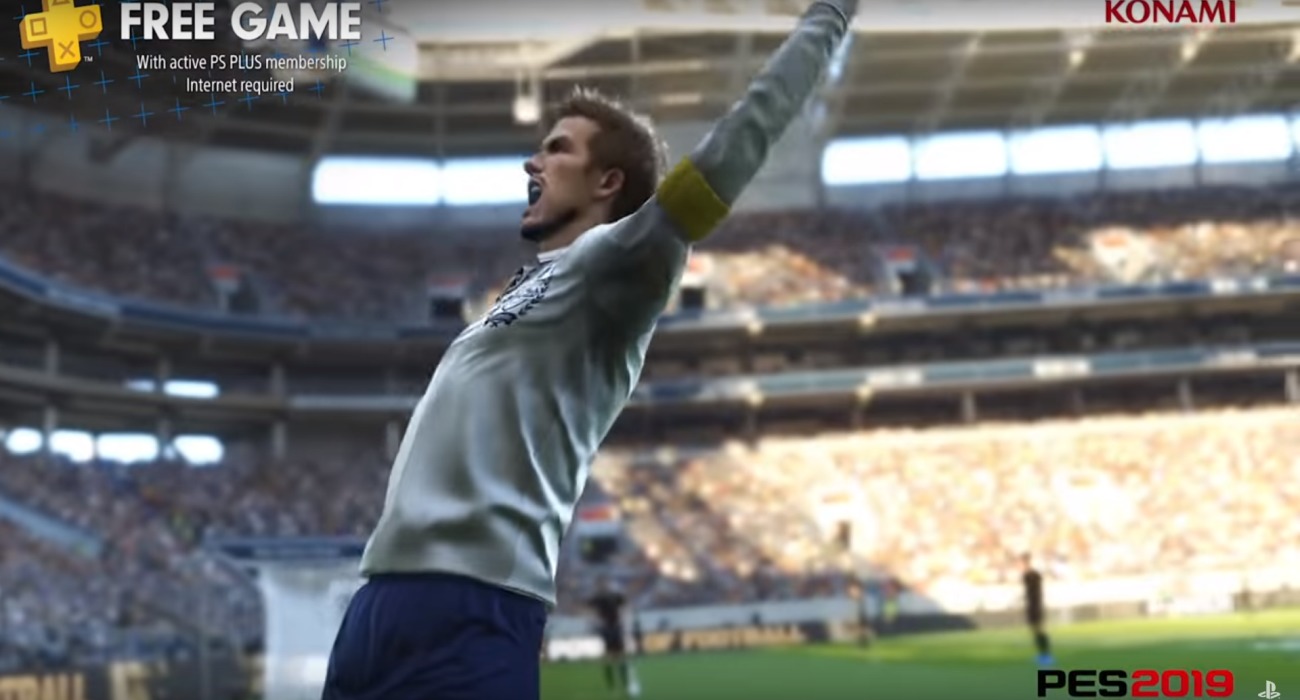 The World Cup for women is currently underway, giving soccer fans around the world something to cheer for. It’s a beautiful sport filled with so much passion, culture, and history. If you’re looking to take part in everything that soccer offers today and you’re a PlayStation Plus member, you’re in luck.

For the entire month of July, PS Plus members can download Pro Evolution Soccer 2019 free of charge. It’s an amazing deal on one of the more popular soccer games to ever come out for modern consoles. This soccer game by Konami has competed head-to-head with its popular counterpart, FIFA 19.

For a soccer simulator, this game is pretty spot on compared to actual soccer across the world. There are so many skills to master and strategies to learn with your selected squad. Some of the more prominent skills you’ll have the chance to experience include no look pass, dipping shot, rising shot, control loop, and edge turn. Each one can have a dramatic impact on gameplay and give you a boost in performance, changing the moment of the game on a dime if executed correctly.

There are many more licensed leagues and teams than in previous installments, whether you’re looking to play with Real Madrid or Manchester United. The options are limitless and there’s a team that’s perfect for your fandom and style of play.

Magic Moments is a standout feature of Pro Evolution Soccer 2019. As mentioned earlier, players have certain skills that can give them a boost in performance. Executing the move just right can lead to a Magic Moment, which may be just enough to help your team get the victory.

The visuals in this game are pretty great. The soccer mechanics and weather system have also been perfected. You can tell how much effort Konami gave on this project, doing everything they can to compete with the FIFA series. The franchise has honestly never looked better, which can be attributed to the ‘Enlightened’ software that was utilized during its development. Everything feels authentic and true to soccer played on the global scale.

If you’re looking for a deep soccer game to pass the time or start a lucrative and unforgettable career, Pro Evolution Soccer 2019 is a real winner. There are so many teams, uniforms, and players to enjoy. This is the way soccer should be played in a video game. Even if you’ve never played a soccer game before, this PS Plus deal shouldn’t be passed up.

Apr 8, 2021 Joshua Goodpastor 2060
Many classic game fans remember the Sega Dreamcast with mixed reception, with most memories being of the popular Sonic franchise. While the Dreamcast...

Feb 25, 2021 Jeremy Green 5550
Sources confirming the probability of a new Silent Hill game have been pretty vocal these last couple of months. Just as it seemed like the rumor...

Feb 12, 2021 Jeremy Green 3750
Silent Hill fans have come to expect disappointment these past few years. Time and time again, rumors gain momentum about the possibility of a new...