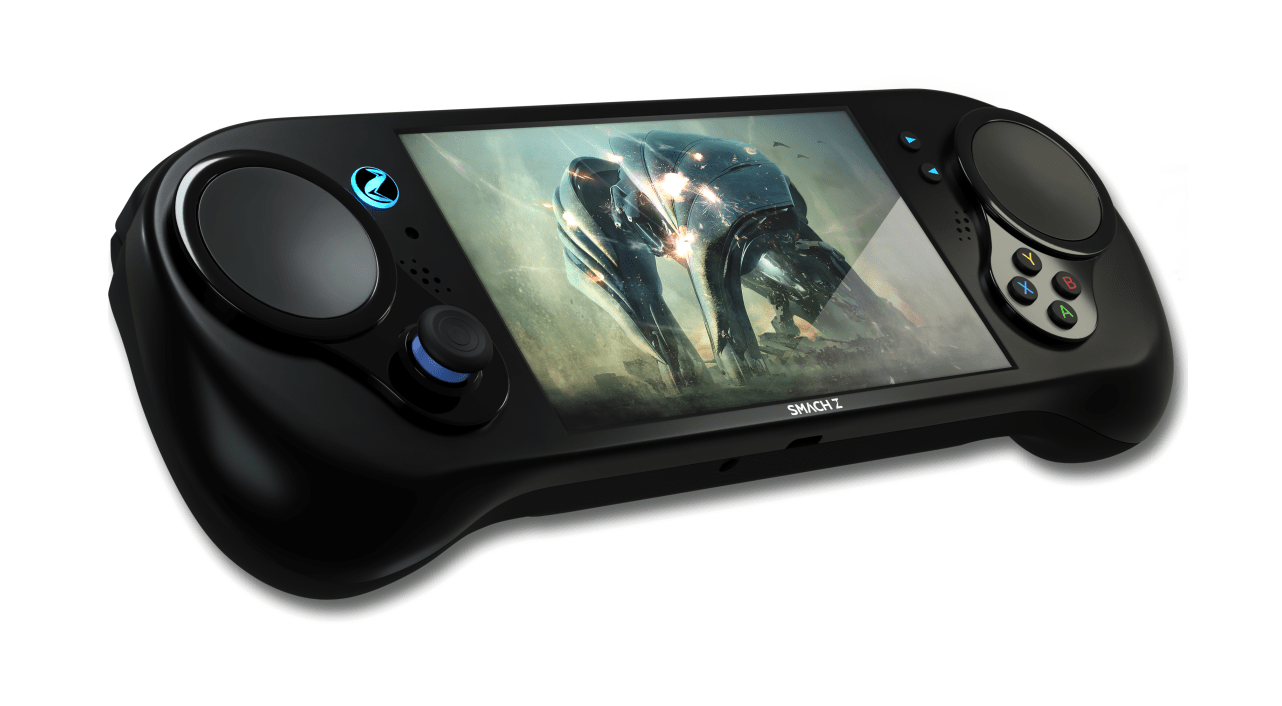 Its been two years since the crowdfunding campaign for Smach Z has been fully funded, but the handheld gaming PC is nowhere finished. This is partly the reason why the project was dubbed in a popular YouTube video as the “Scam Z.” But just a few weeks ago, a working prototype made its way to YouTuber, The Phawx, who posted several in-depth reviews of what the gaming device can do so far. Though the product is still in its final hardware production, the reviewed prototype showed a remarkable gaming quality considering its size and features.

The Phawx posted several videos about the Smach Z prototype and said that he was testing one with an AMD Ryzen V1605B quad-core processor. It had an AMD Radeon Vega8 graphics card with a 32GB of RAM. The handheld console does not also run out of space because it has a solid 256GB of memory storage, runs on Windows 10 OS and has a 5mp camera.

What’s amazingly gorgeous about the Smach Z gaming console is its 6-inch touchscreen displayable with a 1920 x 1080 pixels. The gamepad also has a surrounding Steam-styled controller for easy access to its gaming buttons and touchpads. And considering that the keyboard and mouse functions are mappable, it is safe to say that the device is PC-game compatible. This means gamers can play PC titles that require a keyboard. The game controllers come in handy for an extraordinary gaming experience.

One other feature that makes the Smach Z truly impressive is its internal processor which features the AMD Ryzen Embedded microchip. The YouTuber added he was able to test the prototype at 25watt GPU TDP, but after extended gameplay, the console got too hot for use. He also reports having improved the heating problem of the gaming device by disabling some of the CPU cores not needed for gaming.

One thing gamers can expect from the Smach Z gaming console is it will be bigger than Nintendo Switch and small enough for gaming PC. It is expected to support a DisplayPort output but does not have an HDMI connection module for TV connections. It has a silent BIOS speed configurable fan for internal cooling and comes in the package with the 60W Type-C USB charger.

The console is expected for release before 2020 and will have a price tag of $699 for the console including the 64GB storage and 16GB RAM capacity. The flagship model is priced at $119 with a higher storage capacity of 256GB and 16GB RAM. Both units will run with the latest Windows 10 version.

Black Friday Summer Sale Is Making Resident Evil 7: Gold Edition Only $20 For Xbox One And PS4