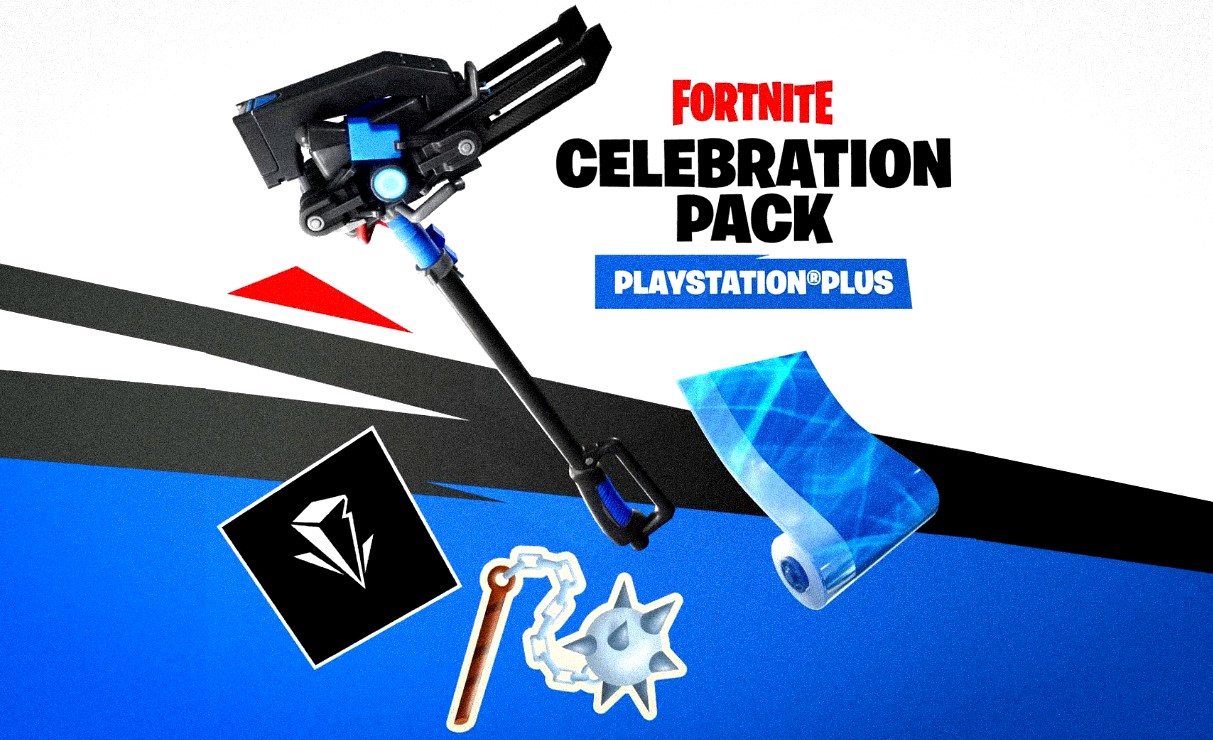 A few days ago, the PlayStation Greece official Twitter account revealed that a new Fornite “Celebration Pack” will be released soon. This exclusive pack is made explicitly for PS Plus members.

While the game is available across different platforms, including PlayStation, computer, Xbox, and Nintendo Switch, PS owners garnered the most benefits, especially when it comes to free cosmetics.

On September 14, the official Twitter account of Playstation Greece announced a brand new pack of “Celebration” is currently in the making. Similar to its previous giveaway packs, this pack consist of a harvesting item and fresh weapon wrap. Notably, this pack will contain exclusive cosmetics, which offers PS Plus subscribers somewhat quirky tools, crafted with the iconic blue tone of the PS console.

According to the latest tweet by the Playstation Greece, these members will soon be receiving a brand new banner, wrap for weapons, fresh pickaxe, and emote in a formerly unrevealed Celebration pack.

Nevertheless, the company has not announced the proper name of these items. Instead, the pack will consist of a new logo for the member’s banner and Mace emoji on whatever the members have decided.

To date, not many details and announcements about the exclusive pack have been revealed by the company, which causes many to assume that the account may have announced the news too soon. Hence, it is still unknown whether or not the members involved will have the chance to get their hands on this brand new pack.

Though the tweet lacks details on the release date of the pack, the tweet did indicate that there may be a plan for the pack in not so distant future. Until then, players should keep their eyes and ears open for any possible updates of this celebration set.

Nevertheless, members of the subscription and owners of PS 4 can still obtain the latest celebration pack that was available since September 11 on the Playstation Store. Members can get the set for free which contains gliders, contrails, and pickaxes, that are centered around white, blue, and black color themes.

Nov 4, 2020 Emmanuel Giovanni 13760
Epic Games has recently unveiled the details of the promised Fortnite next-gen update, due on Day One for all the next-generation platforms that will...