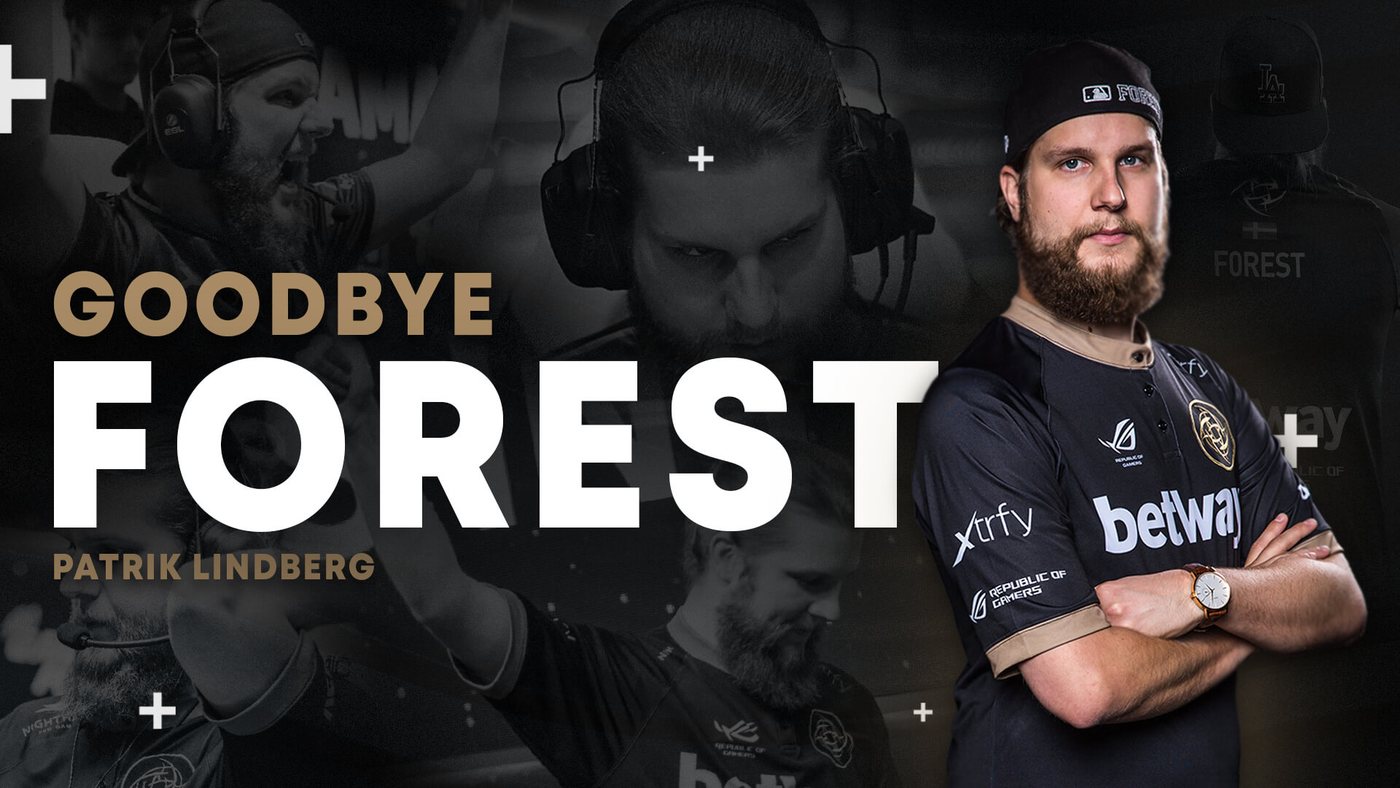 Patrik ‘f0rest’ Lindberg (born June 10, 1988) is a Swedish professional gamer, who is known for his long-standing superior performance in the competitive Counter-Strike scene.

Having played competitively since 2005, Lindberg, going by the pseudonym of ‘f0rest’, has widely gained a reputation within the electronic sports scene as one of the best-performing Counter-Strike players in the world.

Thank you to everyone who followed my journey in NiP for the past 7 years ❤️ Now I start a new journey together with my former teammates and @haIlzerk and I hope you will join me one more time to fight for the top. Its gonna be one hell of a grind but Im ready.

‘Patrik is a true icon of the game with a long list of accolades and has been instrumental in the legacy and brand of NiP for many years. That is something that we respect immensely and will never forget. After having been with the same team for so long and achieved so much, it’s a natural thing to want a change of scenery. We have, of course, chosen to honor that request and wish him the very best of luck on his next adventure,’ said NiP’s Chief Operating Officer, Jonas Gundersen in the announcement.

Lindberg began his professional gaming career in early 2005, when he made his international debut at the global finals in South Korea for the World e-Sports Games, alongside the new Swedish team of Begrip Gaming. There, Begrip defeated all opponents, including the defending champions Catch-Gamers and won the prize pot of 50,000 USD. Following this victory, Lindberg dropped out of high school to concentrate on his Counter-Strike career. In 2005, Lindberg was nominated for the eSports Award 2005, under the categories for “Newcomer of the Year” and “Best Counter-Strike Player”.

In early 2006, Lindberg left Begrip alongside his teammate Kristoffer Nordlund, (also known as Tentpole), and signed a contract with Fnatic and became a permanent member of the team.

Lindberg is best known for his four years of tenure on the Fnatic roster, which he helped bring to prominence as the dominant team of 2009, which was the year the team broke the record for the highest-earning team in Counter-Strike history.

A couple of years later, he transitioned over to Counter-Strike: Global Offensive and joined the team Ninjas in Pyjamas In 2012 for which he played until the yesterday. ‘f0rest’ won multiple tournaments over the past few years, including IEM Masters XII – Oakland, Dreamhack Open Valencia 2017, IIEM Masters XI – Oakland.

His new team Dignitas will instantly gain a more significant follower base since everyone knows about f0rest in the CS: GO scene, he is the equivalent of Boxer from Starcraft or Faker from League of Legends.

With his departure, the original Ninjas in Pijamas line-up is no more, and a new, fresh start is emerging for the organization.

Jan 4, 2021 Chris Miller 20630
If you've ever fallen in love with another person, enamored by the way they move and laugh in public almost effortlessly, then watch them kick a...

Dec 15, 2020 Chris Miller 8590
What's a couple more cheaters in the game of Counter-Strike at this point? Following a bizarre Trusted Launch program that was immediately...