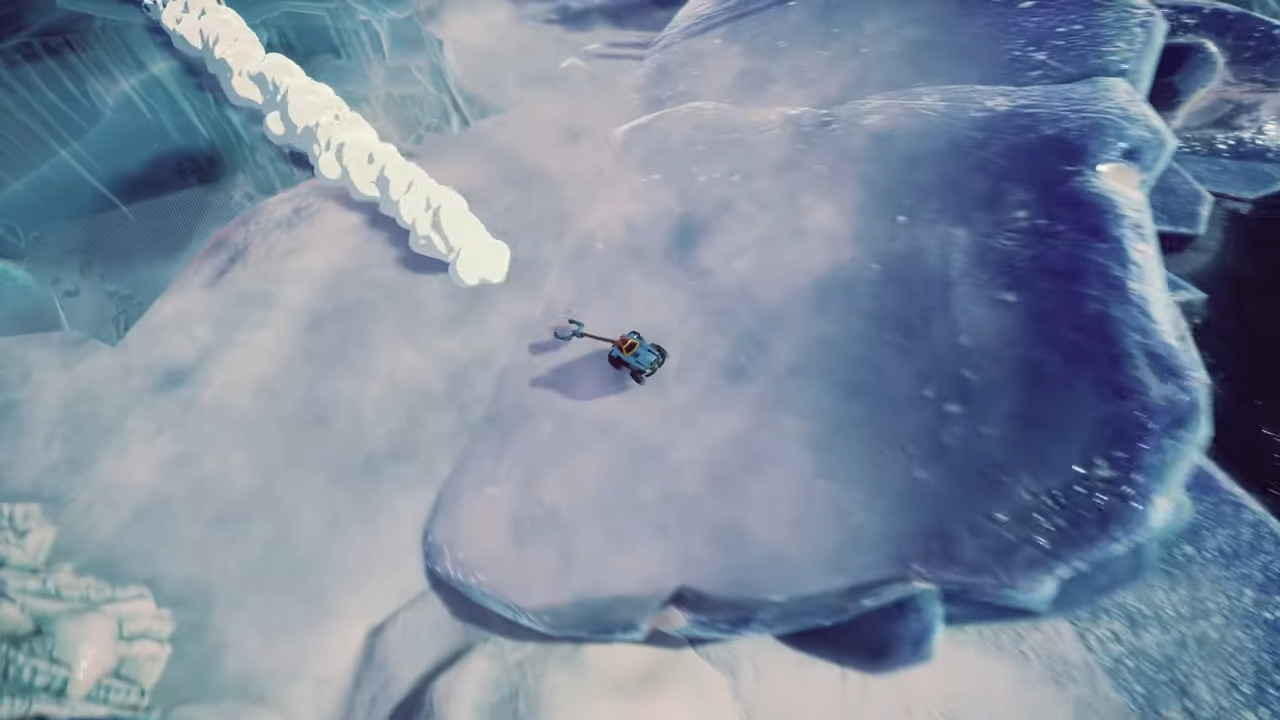 We’ve all played multitudes of RPG’s where we’re searching through dungeons and slowly leveling up to take on bigger and meatier threats. The majority of us are at least familiar with vehicle-based gameplay as well.

Octobox Interactive is opting to combine these two in a bizarre mash-up that actually looks fantastic in their title that is currently slated for a 2021 release on the Steam platform, called Gripper.

With cell-shaded art that echoes of Borderlands, you’ll drive your vehicle through a strange new world to remove the ‘singing hearts’ of your relatives from the bodies of bosses. You can read that sentence as often as you need to.

Odd story aside, the trailer promises the title to be a phenomenal title with a heft of substance and plot that brings players through a post-apocalyptic wasteland that has been overrun by sinister androids that farm humans.

The oddities don’t end there, however: androids continue to celebrate Burning Man, but a bit has been lost in translation: they literally burn people alive to celebrate, and humans are left to wander with various scars and imperfections after abuse by the machine overlords.

With more than enough vehicle-based carnage, multiple boss fights seen throughout the trailer, and some banging tunes to accompany you as we journey through yet another post-apocalyptic wasteland, Gripper looks like it could actually break more than a few molds that action-RPGs seem to be limited to within the genre; stale stomping grounds that are succinct, yet perhaps unimaginative.

The prologue is currently available to play on Steam and Itch.io for free; Octobox Interactive has stated that the Nintendo Switch is actually the destination, yet console development is a bit trickier than PC development thanks to certifications and testing that need to occur so consoles can ensure that their securities will remain safe.

Thus, if you aren’t a PC gamer but find yourself intrigued, hold steady: it’s very likely that we see Gripper make the rounds to all consoles if it’s going to come to the Switch, yet that hope rests on how well the game fares with its initial launch in 2021.

The trailer does its job; we’re intrigued to see more, and the demo seems to hold water as well. The bizarre environment and world that we’re cast into, the hook on the back of the vehicle that plays a vital role, and the music culminate into a fascinatingly fresh wind that many are sitting up and taking notice of.

Here’s hoping that there’s more than enough meat left on the tires for Gripper and Octobox Interactive to complete a long journey ahead of the studio.

Minecraft Beta 1.16.20.53 For The Bedrock Edition: Changes To How Controllers Work

Dec 1, 2020 Harry Alston 4390
Version 1.1 is now available in Genshin Impact, with the introduction of brand new story content, quests, and new characters to discover. 1.1 is now...

Nov 24, 2020 Harry Alston 16060
Since the ever-so-slightly rocky start for Guerilla Game's Horizon Zero Dawn on PC, the team has made several leap forwards with consistent upgrades...

Oct 12, 2020 Harry Alston 9990
Torchlight 3 is out this week - officially - on consoles and PC. It has been available on Steam in early access since June, and the reviews so far...