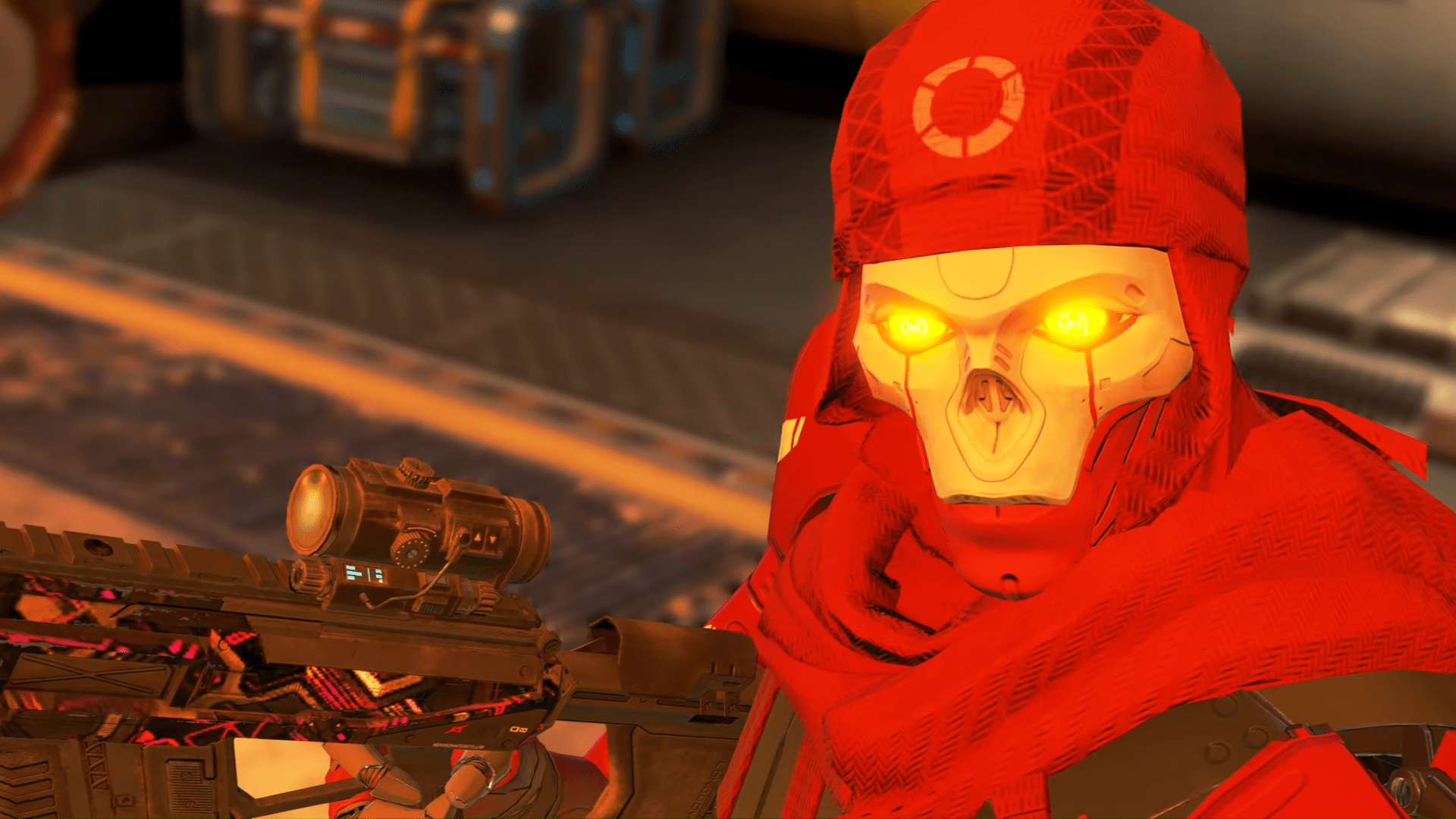 Season 4 launches Tuesday 4th February at 10 am PST or 6 pm GMT. Today the reveal trailer showed off the upcoming battle pass skins, including the Cyberpunked Skin for Wattson and the Perfect Soldier Skin for Wraith. It’s also the first chance fans have had to take a look at the upcoming huge map changes for World’s Edge.

The gameplay trailer also showed off Revenant. It looks like he can climb walls, turn his teammates into Shadowfalls (which you might remember from the Halloween event back in October) and catapult some sort of grenade from his arm. More details are expected with the launch patch notes.

As you can see from the trailer, World’s Edge is getting a big transformation. Capitol City is being split in two by a huge lava fissure, Fuel Depot is completely changed into the Planet Harvester, a new playable area, and the Survey Camp features a brand new addition to the game: Weapon Racks.

The lava fissure in Capitol City won’t instantly kill you. Instead, the devs have introduced a new mechanic called “Updraft”. The hot air and gas lift you out of the fissure in third person, and in slow motion. This makes you an easy target for waiting teams. However, it’s also likely the introduction of a natural barrier will reduce the third-party heaven that is Capitol City.

Planet Harvester looks set to become the new Skulltown for the next couple of days. With multiple levels, this part of the map will offer plenty of vertical gameplay. Expect high-tier loot and a lot of action.

Lastly, the Survey Camp. Designed to fill in some of the blank areas of the map – which World’s Edge does have – Survey Camp is a new area that features Weapon Racks. These are guaranteed to have a weapon on when you land and resemble the racks seen in the Firing Range. It’s not clear yet whether the guns will also be the same, or on a rotation game-by-game.

As well as the map changes, there’s also a new Battle Pass with skins for Wattson, Wraith and Lifeline. There’s a cyberpunk theme this time around and it looks great. It’s expected that the Flatline is the Level 100 and Level 110 Super Skin. And of course, Revenant is on his way, so get ready to try and snatch him first in the loading screen.