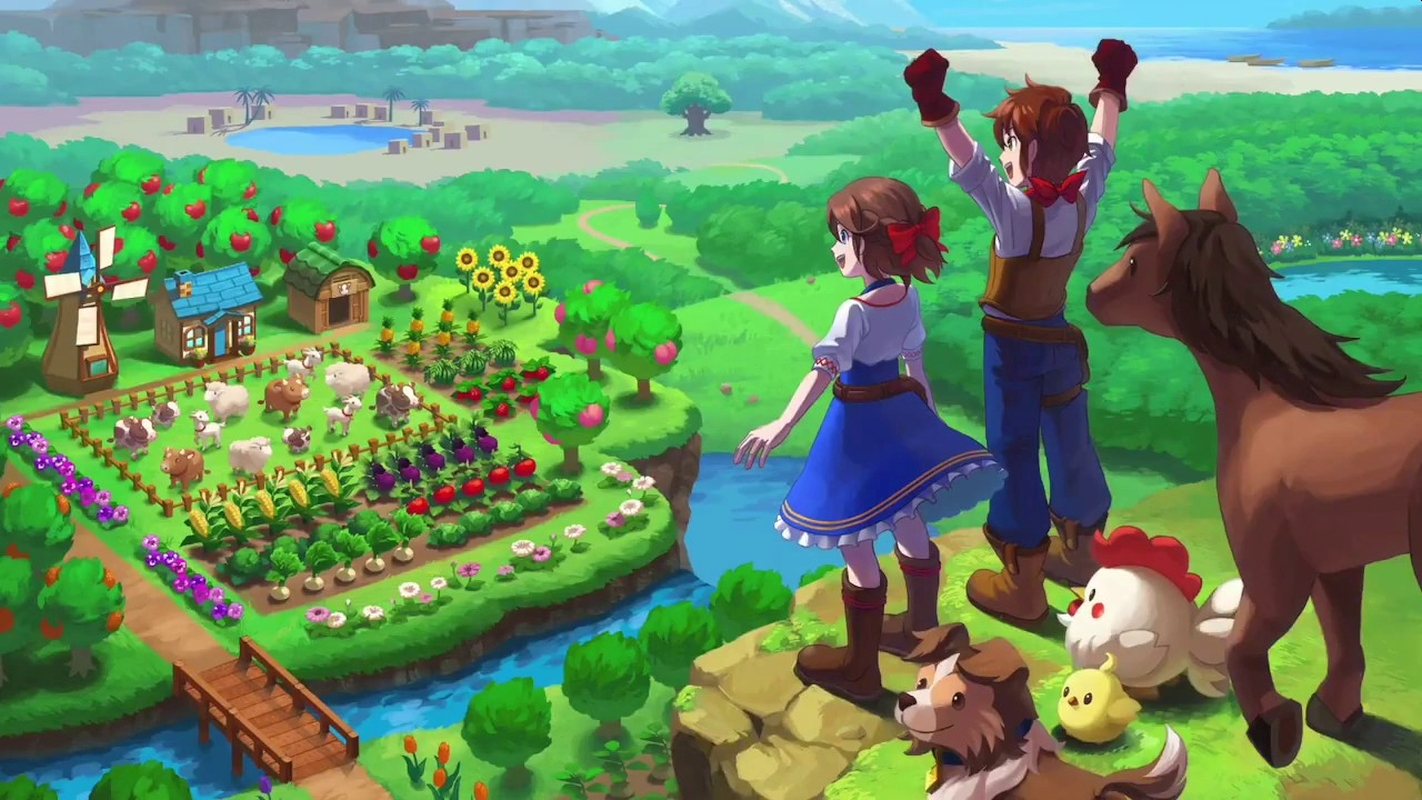 The company has recently announced a new physical preorder bonus, along with a Limited Edition for consoles. The Limited Edition is sold through NIS America within North America. The game will be available only on Nintendo Switch and PlayStation 4, with Limited Editions to match. The items included are basically the same.

The Limited Edition comes with a physical edition of the game, “Life on the Farm” official soundtrack CD, “A Fruitful Season” cloth poster, and a “Best Friends” animal lapel pin set packaged in a collector’s box.

The artwork is the same on the cloth poster, collector’s box, and audio CD. The store page says the artwork may change closer to the release. The animal lapels feature a cat, horse, lamb, dog, chicken, and a bear.

Pre-Orders are now open for #HarvestMoon: One World with bonus plushie chicken!

As always please note release dates from retailers are simply guesses. All official release announcements will come from us! 😉 pic.twitter.com/CBk5WNTQcq

Retailers will also have additional physical bonuses for preordering the game. Gamestop is offering a bonus chicken plushie, while supplies last. Those who order online will receive the chicken with their game while store customers will receive their chicken bonus when they pick up their game.

Images of the preorder chicken plushie have already been revealed. The item is a small white chicken with embroidered accents. The little chicken has some detailed feathers as well to make it appear more like its in-game version.

Unfortunately for those who want to buy the Limited Edition, NIS America is not offering the chicken plush with preorders. Players would have to purchase the items separately or end up with two versions of the game.

For those who are not interested in the bonus items, the game will also be available as a digital download on both platforms. The release date and download sizes are not yet known.

Natsume continues to reveal new information about the game, including a weekly reveal of each romanceable bachelor and bachelorette. The reveals include the character’s name, a short biography, and an illustration.

Harvest Moon: One World is scheduled to launch sometime this year on the PlayStation 4 and Nintendo Switch.

Jan 11, 2021 Lisa Nguyen 11540
President and CEO of Natsume Inc. Hiro Maekawa recently posted a New Years' message on the official website. The post spoke about the impact of...

Jan 4, 2021 Lisa Nguyen 8940
Natsume has announced its partnering with Limited Run Games to release a Harvest Moon: One World Collector’s Edition. The bundle will be available...

Jan 3, 2021 Lisa Nguyen 8790
Natsume has released further information regarding its upcoming title Harvest Moon: One World. The company has released images and biographies of the...