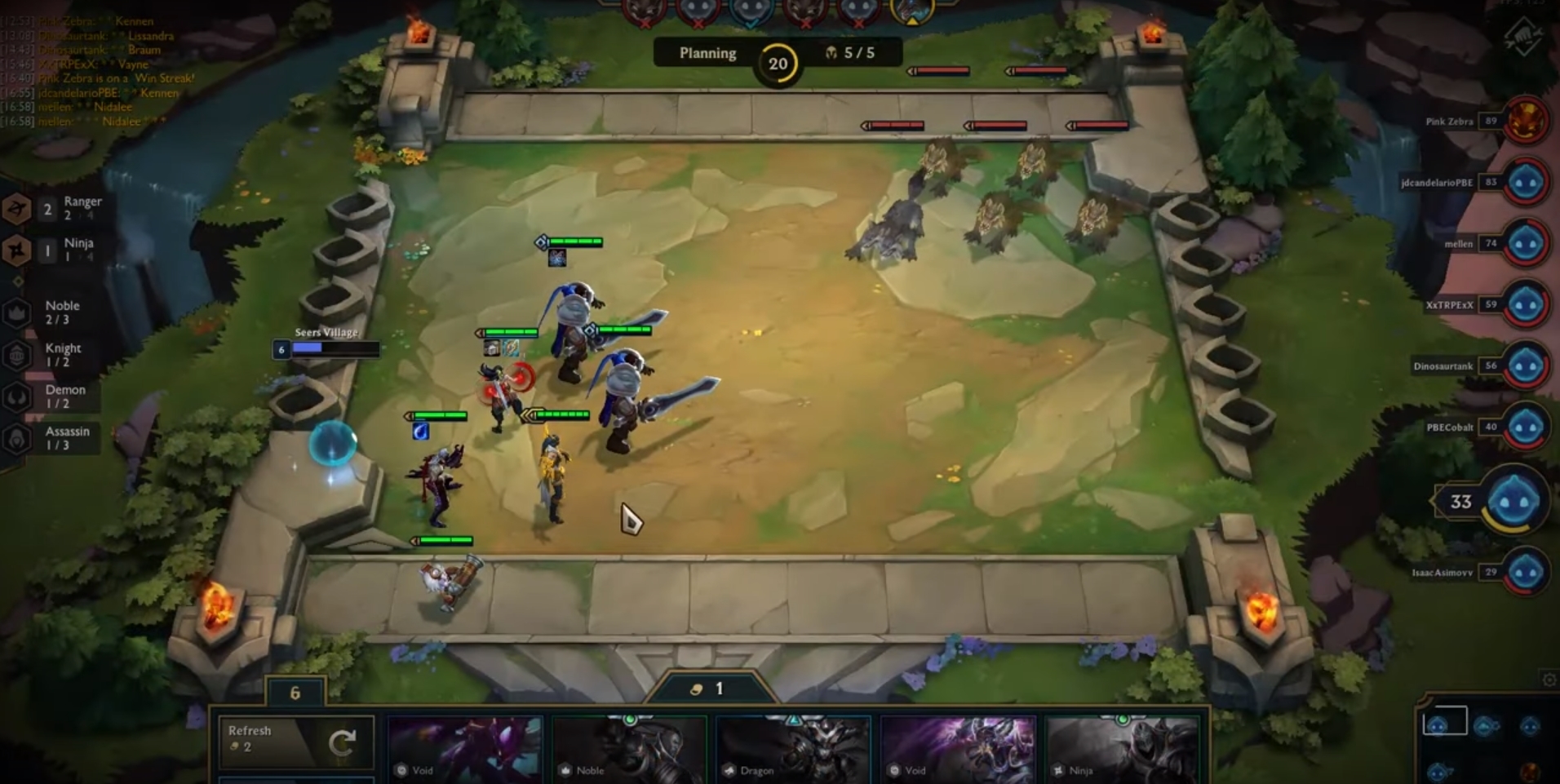 Earlier this year, Riot announced that they would be bringing their auto-chess game mode, Teamfight Tactics, to the mobile platform. We didn’t have an exact release date on it, and that hasn’t changed, but Riot has gone ahead and closed up the gap of time when we can expect it.

During a Christmas stream, Stephen “MortDog” Mortimer, the lead designer of Teamfight Tactics, revealed that the Teamfight Tactics Mobile release would come before May of 2020. He neglected any further details and changed subjects shortly after, but it still served to give a more definite gap of time when we can expect to see the mobile release.

For more Summoner's Riff holiday performances from years past, check out this playlist: https://t.co/kca56FO3cL

Of course, this doesn’t change much. Back in October during the celebration of League of Legends’ tenth birthday, the team announced that the mobile release would come in early 2020. “Before May” really just reinforces that original announcement, showing that it’s still on target for that original early 2020 release.

But not changing much is often great news. It’s become so common for games to be pushed back (or released unfinished with many cases) well beyond the original release period. Having the lead designer confirm the release to still be on target for early 2020 is a great sign to let us know that everything is progressing as planned.

Past that, we also know that the mobile Teamfight Tactics will be releasing at some point in the next four months. Given the massive number of releases that Riot has planned for 2020, it’s a good sign that this release is going as well as it seems to be.

However, some have expressed concern over whether this will affect the stability of the game. Games can easily take twenty minutes or more, and there are plenty of ways for phones to lose connection or die mid-game. Many players have seen this to be an issue with other mobile versions of PC games, like Hearthstone and Fortnite. Also, many use mobile to play quick games during commutes and work breaks, meaning that some might start a game they don’t have the time to finish.

Still, this isn’t something in Riot’s control, and they’re certain to be doing everything they can to keep the game servers stable. Whenever we see the mobile version of Teamfight Tactics, it’ll come as a welcome addition to Riot’s now-growing arsenal.

What Steam Brought To Their PC Gaming Platform In 2019; A Comprehensive List For Reference